Not all Poly kids have jumped on the Obama bandwagon 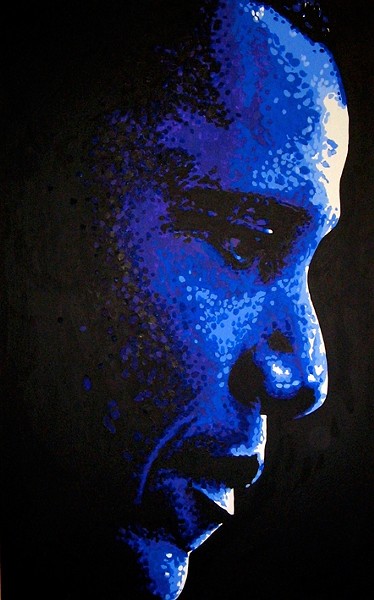 The assignment was a simple one: In the days preceding President Barack Obama’s inauguration, I asked my 75 Cal Poly argumentative writing students to spend 20 minutes in class first brainstorming and then creating a concise statement about their thoughts concerning our new president and their future in the United States of America.

I expected universal praise for our new commander-in-chief—after all, pundits congratulated Obama for inspiring a new generation of voters—but the responses were far from entirely laudatory. The following is a selection.

Our 44th president has not only African-American blood running through his veins, but a large amount on his plate. Pulling our troops out of Iraq will not only bring terrorists back to our country, but a serious threat to our nation. Raising taxes for those who are making a living in this country to help those who are living off those taxes (and welfare) is punishment. I am not only not hopeful, but I am terrified for the future of our nation.
Devon Pitts, 18
Ag-Business major
Paso Robles

The inauguration of Barack Obama is undoubtedly the result of progress. The progression that has been made is obviously in the area of racial equality. This being said, Obama is not the culmination of all progress. Our country faces more troubles than ever. I think the hype and unusual faith in a president is brought about by people projecting their ideas of what he is and what he will do, with no evidence to back it up. The spark caused by this great moment in history can lead us to expect some flawed person to save us and realize all our “hopes,” or with sober minds we can instead look to ourselves, our personal faith, ethics, religious beliefs, and our own virtues to improve our country by not projecting hope on some leader, but by improving ourselves. I am hopeful that this will happen.
Nicodemis Pew, 19
Business major
Escondido

My thoughts and opinions about our new president have shifted in the past few days. I’m from a background of very conservative parents and figures in authority, and I feel as though I have let their opinions filter into my own eyes. Yes, I still believe there’s a lot of hype about Barack Obama, which is more than necessary. He is African American. That’s not a problem for me at all—I admire him for it. He has made history and I am proud of our country for this change. However, I am not confident in his experience. He seems to have much knowledge, energy, passion, and potential in his position. As you can probably see, I voted for McCain. Yet just the other night, upon thinking about the inauguration, I found myself happy and feeling secure with Obama. If McCain had been sworn in yesterday, I can’t say I’d be as confident. Basically, my entire thought process has evolved. America has a new president, and I can do my part by praying for, supporting, and believing he will bring beneficial change to the U.S.
Nicole Pallios, 19
Psychology major
Modesto

The troubles we face today are nothing more than an opportunity for our generation to do our country good and make a name for ourselves. The generations of the Great Depression and World War II have been called “The Greatest Generation,” so called because they didn’t just succeed when times were good, but they were able to succeed when the odds were against them. Our generation is faced with the same opportunity. We are full of some of the smartest people in the world. We must now rise to the occasion and make our country proud.
Casey Deibert, 19
Business major
Walnut Creek

I can feel the nation’s faith in President Obama. I want to believe that everything will “change” for the better. But then the truth erodes the mirage we have manufactured for the past year. There’s serious danger in putting all our hope into one man. What if he fails? What if our savior doesn’t “change” a thing? Or, what if things get worse? All this promise that I can feel will thicken in the American air, evaporate, leaving a bone-dry nation. We render ourselves powerless when we place our faith in a single being. It’s more a cop-out than a dream. If we step back from this optimistic illusion, we see flaws: inexperience, age, lack of foreign policy background. Americans have made Obama our last hope; we’re going all in. If he succeeds, then all this fear of failure will vanish without complaint, but if dark times go pitch black, our hope may find itself extinct.
Tom Porpiglia, 19
Economics major
Rockland, NY

Only 60 years ago our country may not have served our new president in a restaurant. We’ve come a long way as a country in more ways than one. But it is not going to be the color of Obama’s skin that’s going to save this country from the state we’re currently in. We have engaged in countless wars, been brought down by the economy, and engaged in acts that not only our own country frowns upon, but the entire world. But America always picks itself back up. It takes a great president with great ideals to take on such challenges, and I believe Obama has that potential, not because of his skin color, but because he has proven to the public that there is hope for change. So of course I am hopeful for my future because there’s no reason not to be.
Abby Mathis, 19
Wine & Viticulture major
Redondo Beach

Glen Starkey has hope even in the hopeless. Contact him at gstarkey@newtimesslo.com.