Unofficial results show Templeton will save its fire services

A majority of Templeton residents voted to fund their fire and emergency services department, according to the unofficial election results posted by the SLO County Clerk's office on Aug. 27.

Templeton Fire Chief Bill White told New Times via email that when he saw the unofficial results, he was overwhelmed with emotion and pride for his community. 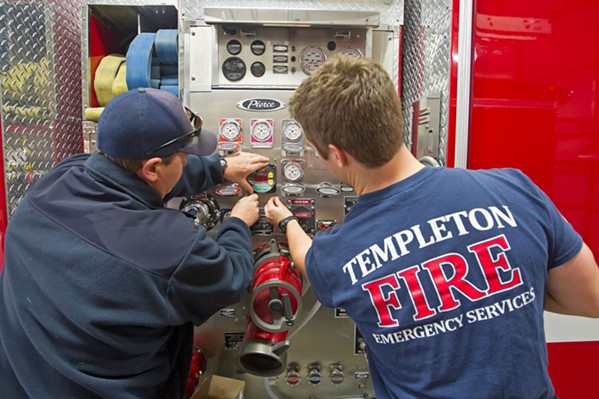 "So many people had a hand in educating the public on our funding challenges, and last night's results showed the education efforts and hard work paid off," White said on Aug. 28.

Once the election is certified, he said, fire and emergency services will move forward with creative ways to strengthen the department.

The unofficial results showed that out of a total 1,992 vote-by-mail ballots, 1,551 voted in favor of a special tax and 440 voted against it.

The proposed parcel tax, which won't go into effect for another year, would cost residents $180 per year per parcel—adjusted annually for inflation and capped at 2 percent—and would generate $486,000 each year for the department.

The funds will go toward improving emergency response times, maintaining local fire protection, recruiting and retaining professional firefighters, and providing 24/7 staffing instead of the current nine hours per day.

White previously told New Times the proposed parcel tax was the department's last hope as the SLO County Board of Supervisors had rejected its request for aid. Δ