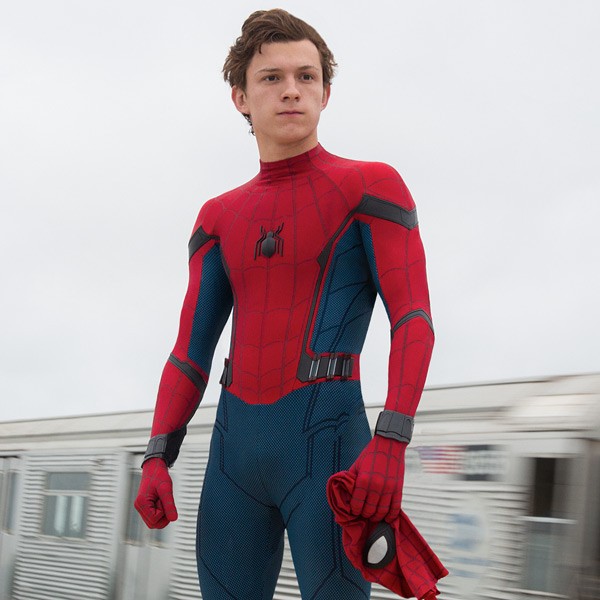 This new Spider-Man film picks up a few months after the events of Captain America: Civil War, which chronicled the rift between Captain America (Chris Evans) and Iron Man (Robert Downey Jr.). This time around, Tony Stark (aka Iron Man) and the federal government create the Department of Damage Control (D.O.D.C.), which inadvertently drives Adrian Toomes (Michael Keaton) out of business, leading him to become the villain Vulture. Meanwhile Peter Parker (Tom Holland) returns to his studies after Stark tells him he's not ready to be an Avenger, but that doesn't stop Peter from pursuing his crime fighting endeavors. This sixth installment in the Spider-Man franchise is directed by Jon Watts (Clown, Cop Car) with a screenplay by Jonathan Goldstein and John Francis Daley (Horrible Bosses, The Incredible Burt Wonderstone, Cloudy with a Chance of Meatballs).

Peter and his bestie Ned (Jacob Batalon) are the nerdiest nerds in a tech-centric magnet school filled with nerds. Their idea of a fun time is putting together Ned's new 3,000-plus-piece Lego Death Star. They eat lunch alone except for outsider Michelle (Zendaya), a brooding member of the academic decathlon team.

Peter pines for Liz (Laura Harrier), the leggy captain of the team, but she seems vastly out of his league. Meanwhile, everyone thinks Peter is a bit of a flake, since he's always disappearing due to the demands of his Stark Enterprises internship—his cover for low-level crime fighting.

He wants nothing more than to be accepted as an Avenger, but Stark thinks he's too green. Even so, Stark's supplied Peter with a high-tech Spider-Man suit, which has enhanced his abilities, but he's hindered from doing much other than stopping bike snatchers by Happy Hogan (John Fanreau), Stark's right-hand man who's been tasked with keeping Peter safe from real harm. Happy is clearly annoyed by Peter's earnestness, so there's some fun chemistry in the way Peter and Happy grate on one another.

The real excitement begins when Peter catches wind of a criminal gang led by Vulture, who is selling weapons made of alien technology to street criminals. Stark wants to leave Vulture and his henchmen for the FBI, but Peter can't take no for an answer, which sets-up the estrangement between Stark and him, as well as the Staten Island ferry set-piece seen in the film's trailer. It's a very engaging story with a wholly likeable protagonist.

In contrast to the charm of Peter and Ned is Adrian Toomes, who we initially sympathize with since his salvage company is destroyed when Stark and the feds team up to create the D.O.D.C., which strips the government cleanup contract out from under Toomes' company, putting his and all his employees' livelihoods at risk.

He decides since the government changed the rules on him, the rules no longer apply. He and his men begin stealing alien technology, creating weapons out of it, and selling it on the black market.

Keaton is fantastic, and we see Toomes change from indignant victim to ruthless killer, yet he still retains humanity because his goal is to provide for his family. As villains go, Vulture is a complex and interesting one, and Keaton plays him with irreverent menace—he's crossed the line and there's no going back. As comic book hero films go, this is a great one! (133 min.)