St. Paul and The Broken Bones brings their soul revival to the Fremont May 26

I vividly remember how wowed I was watching the 1991 film The Commitments about a white working class Irish band playing African-American style soul and R&B. When pudgy, white Irishman Andrew Strong as lead singer Deco Cuffe starts belting out Wilson Pickett's "In the Midnight Hour," it's simply amazing. I get that same wowed sensation whenever I watch white, pudgy St. Paul and The Broken Bones frontman Paul Janeway deliver one of his band's soulful originals or classic covers such as Otis Redding's "I've Been Loving You." 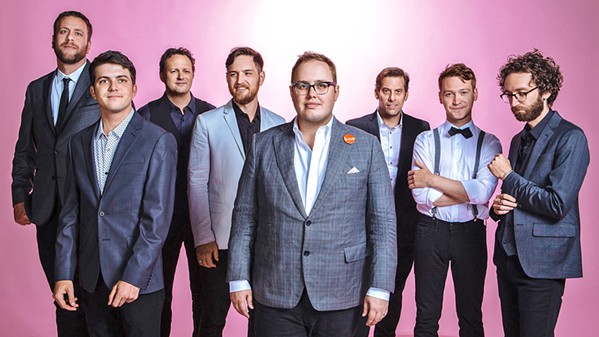 Oh, and before you complain about cultural appropriation, can we instead just agree that when it comes to music, it doesn't count? Everybody influences everybody else. I mean if Charles Bradley can do a soul cover of Black Sabbath's "Changes," surely St. Paul, Bruno Mars, Lady Gaga, or whoever can make their art no matter what inspires it, right?

Anyway, The Broken Bones hail from Birmingham, Alabama, which you can hear any time Janeway talks between songs in his Southern drawl. Janeway and bassist Paul Phillips met in the mid-2000s playing in The Secret Dangers, an alt-soul act. As sort of a last hurrah before quitting the music biz to pursue more practical careers, they put together a soul band and released the EP Greetings from St. Paul and The Broken Bones in 2012. They'd never even played a live show as The Broken Bones, but the EP garnered so much attention that they knew they'd found a sound people were hungry for, and in 2013 they started touring and began recording their first full-length album, Half the City (2014), in part at Fame Studios in Muscle Shoals, Alabama, the iconic recording studio that released dozens of hit records performed often by mixed-race bands at a time when that wasn't fashionable.

Sea of Noise, their second full-length album, was released in 2016, and they've been touring regularly and growing their considerable fan base. I last caught the band at the Avila Beach Golf Resort, and they put on a killer show!

This Saturday, May 26, St. Paul and The Broken Bones plays the Fremont Theater (9 p.m.; all ages; $35 at eventbrite.com). Add in opener Bay Area dance-fusion collective Afrolicious, whose unofficial motto is, "It's a party, not a show," and you've got the makings for a hot time! 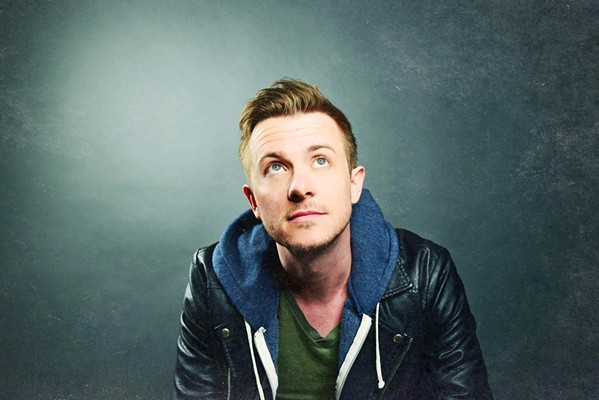 The 35th annual Arroyo Grande Strawberry Festival will turn Arroyo Grande into a massive family-friendly street festival with tons of entertainment, three carnival areas, vendors, activities, and more, on Saturday, May 26, and Sunday, May 27. It would require the length of this entire column to cover all that's scheduled, so visit arroyograndevillage.org/strawberryfestival for a full description of events.

You can also eat a lot of delicious strawberries! 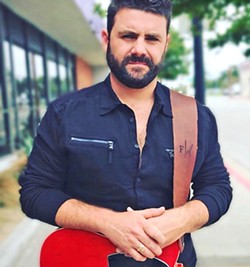 I mentioned last week that Huey Lewis and the News had to pull out of the 25th annual Avila Beach Blues Festival, but instead of canceling the show, Otter Productions made it free! This week, I learned that Pryor Baird from The Voice TV show will join Shemekia Copeland and headliner the Fabulous Thunderbirds with Kim Wilson on Sunday, May 27, at the Avila Beach Golf Resort (gates open at noon, the show starts at 2 p.m.; those under 18 must be accompanied by an adult; no tickets needed, but first-come, first-served).

Baird, 35, is from Orcutt but moved to Nashville to further his career, and though he was eventually eliminated from The Voice competition, he made a strong impression on both the judges and audience.

"Music is my language," Baird wrote on his Facebook page. "From Orcutt to Nashville, I've never stopped working at my dream. NBC's The Voice has given me the opportunity to share what I do with viewers across America. I plan to keep myself growing and evolving with music for the rest of my life."

Should be a great afternoon at the beach! Thanks for the free show, Otter Productions! 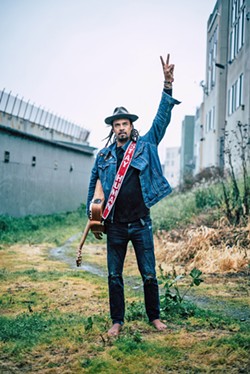 The Live Oak Music Festival—Friday, June 15, though Sunday, June 17—is still three weeks off, but full weekend camping passes are on track to sell out, so if you want to camp, buy those tickets now (liveoakfest.org). Of course, there should be plenty of daily passes available for you day-trippers, and there's also an extra pre-festival concert on Thursday, June 14, with Michael Franti and Spearhead. You can come for just this show, or you can use this "add-on" concert to come in on Thursday night and start camping a day early.

Those with a Thursday night camping ticket can line up at noon and will be let in at 3 p.m. Those with single show tickets can enter the venue at 5 p.m. The show starts at 7 p.m. with opening act local folk/blues/soul act Próxima Parada.

Franti and Spearhead are on their Stay Human summer tour, which precedes the release of his new album Stay Human 2 and Franti's self-directed documentary Stay Human.

"I've traveled the globe making music, and throughout the years I've always hoped that it could inspire small steps towards making the world a better place," Franti said in press materials. "Struggling with the challenges of the world I began filming my new documentary, Stay Human, telling the stories of heroic everyday people who helped me to discover more deeply what it means to be and stay human." 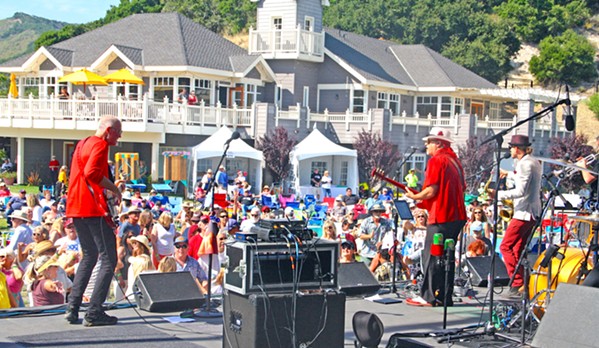 Orchestra Novo will be playing the soundtrack live to E.T. The Extra-Terrestrial in the newly named Miossi Hall of the SLO Performing Arts Center on Sunday, May 27 (7 p.m.; all ages; $25 to $75 at pacslo.org). Watch the beloved Steven Spielberg masterpiece while a live orchestra plays the soundtrack! Magic!

The Memorial Day Jam for Vets, a benefit concert for wounded veterans, happens Monday, May 28, at the Avila Beach Golf Resort (12:30 to 5 p.m.; all ages; $20 to $95 at ubmemorialdayjam.org), with '60s tribute act Unfinished Business, NOLA-style Burning James and the Funky Flames, the bluesy Byrom Brothers, and a whole bunch of special guests! Support our vets!

Sultry voiced Carla Cooke, the youngest daughter of soul man Sam Cooke, will perform a tribute to her father called The Ultimate Sam Cooke Experience on Wednesday, May 30, at The Siren (7:30 p.m.; 21-and-older; $12.50 presale at ticketfly.com and Boo Boo's or $15 at the door). 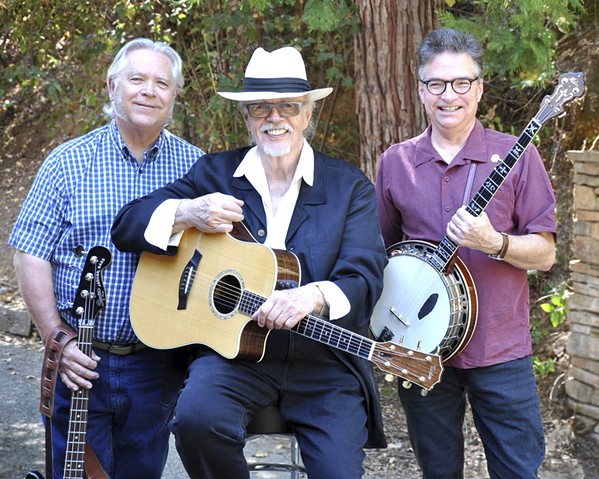 Folk and bluegrass fans won't want to miss Crary, Evans, and Barnick playing two upcoming SLOFolks shows starting next Thursday, May 31, at Painted Sky Studios (7 p.m.; all ages; $20 at (805) 927-8330 and Boo Boo's); and Friday, June 1, at Castoro Cellars (7:30 p.m.; all ages; (805) 238-0725 and castorocellars.com/events). Dan Crary is a legendary flat-picker and a founding member of The Bluegrass Alliance. Bill Evans is an equally legendary banjo player. Wally Barnick is a bassist extraordinaire and longtime member of the Cache Valley Drifters. Δ