Stadium 805 backs out of permit allowing concerts in 2021

There likely won't be any concerts at the Santa Maria Raceway this year.

At a meeting on Jan. 26, the San Luis Obispo County Board of Supervisors rescinded a temporary commercial outdoor entertainment license it awarded to the Santa Maria Raceway, aka Stadium 805, just a few months earlier. The permit would have allowed the venue to host six one-day concerts with up to 3,500 attendees in 2021, and it was largely considered a win for Stadium 805 in its battle over noise and traffic with the residents of a neighboring housing development. 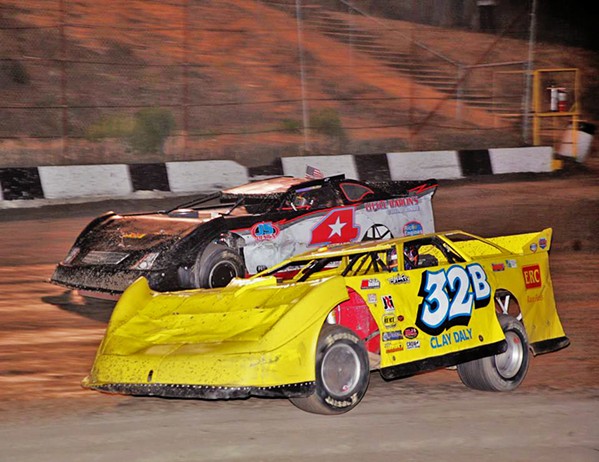 But Stadium 805 owner Nick Duggan said coronavirus-related lockdowns and operational restrictions have made it nearly impossible to plan for such events.

"So trying to book any concerts or artists," he told New Times, "everybody is not committing to anything right now."

Duggan said the shutdowns have been hard on both his businesses, Stadium 805 and Mustang Waterpark, neither of which brought in any real revenue in 2020. He hasn't been able to host events with crowds since mid-March of last year, and just days after the county granted Stadium 805's outdoor entertainment license on Nov. 10, 2020, SLO County slid back into the purple and most restrictive tier. That was followed closely by a regional stay-at-home order.

So instead of wasting the entertainment permit on a year already brimming with uncertainty, Duggan is backing out. If COVID-19 allows it, Stadium 805 will host events covered by its current operational permits and try again for concerts in 2022.

But Stadium 805 is up against more than just the pandemic. The venue has been at the center of a debate over excessive noise and traffic for more than a year now. Although the facility has been hosting stock car races for more than 40 years, Duggan purchased it in 2018 with hopes of continuing races and supplementing the track's income with other events, like concerts, beer and wine festivals, and fundraisers.

"To keep racing viable," he said, "we have to have other events."

But the resulting traffic congestion, noise, and trash led to complaints from residents of a neighboring housing development, Costa Pacifica Estates. Costa Pacifica residents say it's not the races that are the problem, but the other events like concerts, which they say are excessively noisy, run late into the night even on weekdays, and create traffic congestion and safety issues at intersections on Vista Del Rio, the only road leading into the Costa Pacifica development. Neighbors say they agreed to live next to a racetrack, not a concert venue.

Duggan said he's tried to work with Costa Pacifica residents. Those efforts are illustrated through unique conditions that were included in the recently rescinded entertainment license. Concerts wouldn't have been allowed Monday through Thursday or after 10 p.m., and Stadium 805 would have been required to notify Costa Pacifica residents of a concert 30 days in advance.

Still, the Costa Pacifica Estates Homeowners Association filed a lawsuit against the county and Duggan on Dec. 15, 2020, arguing that the permit should have been subject to the California Environmental Quality Act (CEQA). Attorney William Parkin, who is representing Costa Pacifica, couldn't be reached for a comment before press time.

Duggan said with COVID-19 raging, he can't afford to fight a lawsuit over events that probably won't even occur in the next year.

"It's really unfortunate because the bulk of the community is behind us and wants to see us succeed," Duggan told New Times. "We need facilities like this to survive." Δ