Stadium 805 gets green light to host six concerts in 2021

If COVID-19 allows it, Central Coast residents will very likely be able to attend concerts at the Santa Maria Raceway at some point next year. 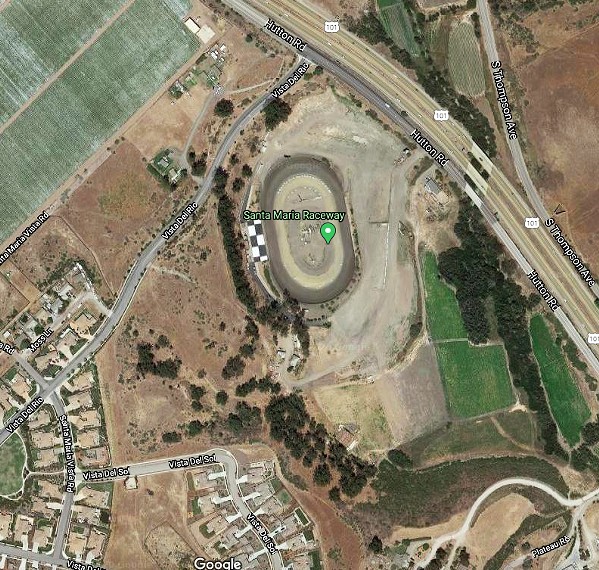 At a meeting on Nov. 10, the SLO County Board of Supervisors unanimously approved a temporary commercial outdoor entertainment license application submitted by the Santa Maria Raceway, aka Stadium 805, allowing the venue to host six one-day concerts with up to 3,500 attendees throughout 2021. The decision came after more than two hours of public comment, largely in favor of Stadium 805 and the unique, family-friendly entertainment opportunities it offers residents of South County.

"We're extremely happy," Stadium 805 owner Nick Duggan told New Times, "and really happy for the community as a whole because it really is their venue."

The Santa Maria Raceway has been at the center of a debate over excessive noise and traffic for more than a year now. Although the facility has been hosting stock car races for more than 40 years, Duggan purchased it in 2018 with hopes of continuing the races and supplementing the track's income with other events, such as concerts, beer and wine festivals, and fundraisers.

Raceways struggle to survive on their own, Duggan said, and over the last several years, stand-alone tracks throughout California have had to close down. The most successful tracks, Duggan said, are those on fairgrounds, where concerts, games, rides, and other forms of entertainment are also available. So when Duggan purchased the raceway, he dubbed it Stadium 805, remodeled it, and in the spring of 2019, it became a venue for more than just races.

"We've had to go with that model to keep racing there," Duggan said. "Racing is very important to us. It's important to the community."

At the Board of Supervisors meeting on Nov. 10, Costa Pacifica resident Terry Reible countered the comments of many other community members who suggested that Costa Pacifica residents hoped to shut the Santa Maria Speedway down for good and compared them to people who move in next to an airport then complain about the noise from planes.

"We all want to see the racetrack stay open," Reible said at the meeting. "And they're 100 percent correct—we knew the racetrack was there when we moved in. We had to sign a disclaimer that there were, I believe, 10 races per year. Those races aren't a problem. We don't have a problem with the racetrack."

It's the other events, which started up after many neighboring residents had already purchased their homes and moved in, that Reible said are the problem. They didn't agree to live near those events, she said, and the lack of parking at Stadium 805 and traffic congestion issues have created a situation that could prove dangerous in a number of situations, say if first responders needed to get into the Costa Pacifica development.

"Several, several issues need to be addressed before they allow a racetrack to turn into a concert venue," she said.

Supervisors attempted to find a compromise between the needs of Stadium 805 and its neighbors through several unique conditions outlined in the temporary license. In its application, Stadium 805 submitted a detailed plan for traffic mitigation during concerts, which will include hiring California Highway Patrol officers to direct traffic during each event. Concerts aren't allowed Monday through Thursday, and are only allowed between noon and 10 p.m. Residents of the Costa Pacifica development must be notified 30 days prior to concerts, and before any such events are allowed at Stadium 805, its owners will have to submit a sound monitoring plan to the county for review and implementation. Δ