October is Domestic Violence Awareness Month. Learn more about what's happening to get the word out this month, how you can help, and where you can find help if you need it, by visiting riseslo.org and standstrongnow.org.

Domestic violence isn't just a women's issue. It's not just a progressive issue, either.

It's a pervasive one.

Statistics from the National Coalition Against Domestic Violence indicate it's an issue that's most likely affected more than one of the people you are close to: 1 in 3 women and 1 in 4 men have experienced some sort of domestic violence by an intimate partner. 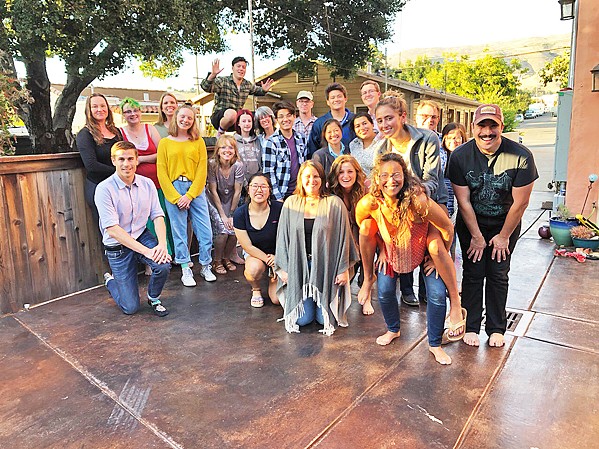 But those are just statistics.

When you put faces with the numbers, it changes the way you see the issue, Marisa Balmana said. Balmana started as a volunteer for RISE (Respect, Inspire, Support, Empower), a San Luis Obispo County nonprofit that provides crisis intervention and treatment services to survivors of sexual assault, before becoming its volunteer coordinator. For four years, she prepped clients for direct services, worked the crisis line, and walked with clients into police interviews.

"When you start seeing faces, and it's way more frequent than you think it would be," Balmana said. "Chances are it is part of your world and you don't even know it. It's affecting people in your world in some capacity."

As she learned more about intimate partner violence and how to define an unhealthy relationship, she said that she started to realize that physical and emotional abuse is so normalized in our culture that most people don't understand what a healthy relationship is or what a healthy sex life looks like. And as the people who were close to her started to understand what she did for a living, she said, more and more people came forward to talk to her. Family members and friends, many of whom she never knew were experiencing or had experienced violence and unhealthy relationships, felt safe around her.

"It's so much more expansive than even what you see directly on the job. You hear a lot of the nitty-gritty on the crisis line and in the police interviews," Balmana said. "It takes a lot of strength and courage to be there with somebody in those moments, and it's very needed."

Although she no longer works with people in their moments of crisis, she found another way to give to the cause that she's passionate about—the Close to Home Community Organizing Team. RISE is spearheading Close to Home with the help of California Department of Public Health funding. The four-year program that started this year is designed to engage the community to search for the root causes of sexual and intimate partner violence and work together to come up with potential prevention measures.

"It just feels a little more tangible in terms of making a difference for me. It's more on the hopeful side of things," Balmana said. "Close to Home is so important because it's sort of giving things a definition and making it easier to talk about."

Making gender and intimate partner violence easier to talk about is key to prevention work, according to Janae Sargent, the education program manager at RISE. It helps in that search for the root cause of violence, which Sargent said is essential in searching for prevention measures that work.

Getting the word out

RISE and Stand Strong, formerly known as the Women's Shelter Program, are working in tandem on programs that reach out to people from all over the community in an effort to build consensus on where violence comes from and how to prevent it. But before they can help facilitate prevention work, Sargent said, they need the community on board with the fact that the problem exists in the first place. That includes conducting surveys, interviewing community members, and working with local students and athletes. 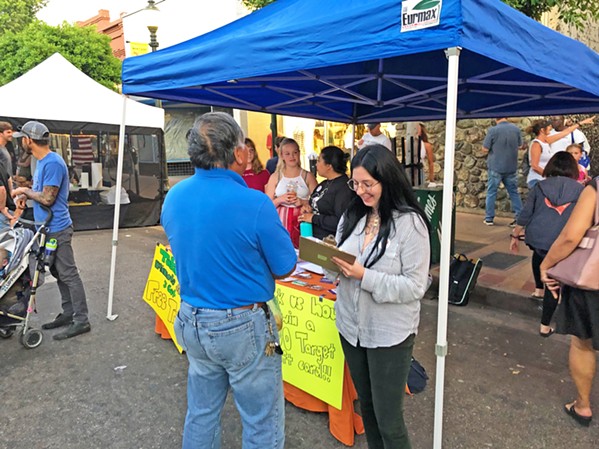 "People need to make the real connection about why it's important to prevent gender-based violence," Sargent said. "We want to show the community that this is a community issue."

That's at least in part why San Luis Obispo High School sophomore Stella McSween volunteered to become one of the 24 members of the Close to Home Community Organizing Team. She helped put out the recent Close to Home community survey by attending events such as the Downtown SLO Farmers' Market and works on the initiative's social media accounts.

"I believe that even if it's not talked about as much in a small community like San Luis Obispo that sexual assault and domestic violence happen," McSween said. "It's a subject with a lot of stigma ... and I believe that it will cause less stigma around the subject."

The organizing team developed the community survey to gauge how residents feel about violence and discrimination in San Luis Obispo, how they define it, and what they know about the services available. Using the information gathered on the survey, the team is starting to conduct more in-depth interviews with some of the residents who filled out a survey to talk about their answers to the questions and brainstorm prevention measures that are specific to the community. Eventually, the goal is to come up with solutions developed by San Luis Obispo residents for San Luis Obispo residents.

Stand Strong is doing similar survey work with a small cross section of leaders in the community to gauge how much people know about intimate partner violence in the community, and how willing they are to learn more about it, the services that are available and how it can be prevented. Sheridan Riolo, Stand Strong's prevention coordinator, said SLO received a "readiness" score based on the interviews she's already conducted. The city landed somewhere in the middle.

"People are vaguely aware of the services available ... and the issue itself," Riolo said. "A lot of people were vaguely uncomfortable taking the survey."

As people get more comfortable talking about the issue, the thought is that they will become more willing to see the issue for what it is and to discuss ways to prevent it.

Starts with a leader

Over the last five or six weeks, for 20 minutes before every practice, the SLO County Junior Roller Derby Team has engaged in discussions about things like bullying, gender roles, and what healthy relationships look like as part of Stand Strong's Athletes as Leaders program.

Usually, such talks consist of watching a short YouTube video about whatever the topic is and then the skaters start talking, coach Marina Penna said.

The group of kids ranges from 4 to 17 years of age, so not everyone can talk about everything together, but the skaters have also talked about ideas of beauty, stereotypes, and positions of power. Penna said most of the parents have been very supportive of it, and the ones who don't want their skater involved just show up a little later to practice.

As a sex educator and a domestic violence peer counselor with Stand Strong, Penna said when she first heard about the program she thought it would be fantastic to do with the skaters. Coaching, for her and SLOCO Junior Roller Derby, isn't just about teaching kids how to skate and having a good time. It's important to make them better people and give them the tools they need to go out and create the society they want to live in.

"It really gives the students a chance to think critically and deeply about topics that are important in their lives and things they are experiencing, but they might not get education about it in school or another setting," Penna said. "I'm really hoping that they take away some sense of empowerment and feeling that as an athlete and as a leader and as a young person in the world, they have the ability to speak up when they need to and when they feel it's right.

"And that sense of self that they can do that," she continued, "and they can stand up for the right thing, even if they are the only one who's standing up to say 'this is wrong.'"

And that is exactly the point, said Riolo, who works with coaches through the Athletes as Leaders program and its compatriot the Coaching Boys into Men program. Athletes as Leaders is in its first season and is geared toward female athletes (although the roller derby team consists of a mix of gender identities, Penna said), and Coaching Boys into Men is entering its second season. Because athletes are seen as leaders in the social system at most schools, working with athletes could impact the culture at a school—and Riolo said the results so far are promising.

The goal of the programs is to increase student athletes' knowledge about consent, intimate partner violence, and healthy relationships; increase their intentions to intervene in a situation where discrimination or violence might be present; and a decrease in negative bystander behavior (which might encourage discrimination or violence). It's a way of potentially preventing intimate partner violence before it starts.

Stand Strong worked with more than 65 athletes in the spring—including those on the Mission Prep High School baseball and volleyball teams—and is collaborating with the Nipomo High School football team on the Coaching Boys into Men program this season.