In Star Wars: The Last Jedi, writer/director Rian Johnson (Looper, Brick) continues the Skywalker saga as the heroes of The Force Awakens join the galactic legends in an epic adventure that unlocks age-old mysteries of the Force and shocking revelations of the past. (152 min.)

Ryah So the powers that be made another Star Wars movie, and it's about as good as you'd expect. Which is to say that if you're into the franchise it's definitely worth seeing in theaters. But even a boatload of nostalgia can't save Star Wars: The Last Jedi from making some snafus and fumbling along at points, but we forgive (mostly) because it's Star Wars and also because of all the feelings about seeing the late and great Carrie Fisher on screen one more time. Our badass protagonist Rey (Daisy Ridley) is off to find Luke Skywalker (Mark Hamill) on his random, remote island to bring him back to help the flailing resistance and train her in the ways of the Jedi (spoiler: Luke is not having it) while some adorable space birds, porgs, hop and chirp about. Finn (John Boyega) and newcomer Rose (Kelly Marie Tran) try to find a gambling code breaker who can help buy the resistance more time in its fight against the First Order. Meanwhile Princess Leia (Fisher) and trigger-happy fighter pilot Poe (Oscar Isaac) try to keep the rebel alliance's ship afloat, while Kylo Ren (Adam Driver) is disappointing his boss, Supreme Leader Snoke, aka Lord Voldemort (Andy Serkis).

Karen What's interesting about the latest chapter in the saga is the connection that Rey is building with the Force. While it's thought that Luke is the last Jedi needed to save the Rebellion, let's be real: There are great forces of power within Rey and Kylo Ren. Not to mention Finn, who is pretty handy with a light saber when needed. Rey seeks Luke not only for his help with the fight against the First Order, the next generation of the Empire, but also for his teachings. There is a strong sense of the Force within her, she just doesn't know how to harness or understand it. That connection has brought a different kind of communication between her and Kylo Ren. Wherever the two are, they are able to communicate with one another and even see the other's surroundings. The line of communication opens up not only because they share feelings of angst, but also they are both caught between the light and dark sides. Rey doesn't know who her parents are or why they deserted her. Kylo Ren, the most emo of all characters, is tormented because he murdered his father, Han Solo. The Last Jedi continues the ongoing battle of good versus evil. 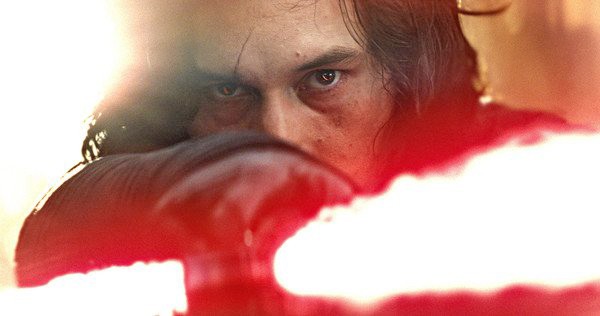 Ryah The title of the movie is also misleading, since Luke isn't the last Jedi, and neither is Rey, since even though Kylo Ren is working for the dark side now, he's still technically a Jedi. We also get hints at the next generation of Jedi beyond Rey and Kylo Ren. (In fact, director Johnson is developing a new Star Wars trilogy that might not have any crossover characters.) And it's definitely not the last Star Wars movie, with another film slated to come out in 2019. When are the rebels gonna catch a break? They've been fighting the dark side for a long, long time. That said, the vulnerable dynamic between Rey and Kylo Ren is interesting and new. Seeing Hamill and Fisher onscreen in their old roles is heartwarming for anyone who grew up loving the franchise, which makes ultra awkward lines like, "Feel the Force with your feelings" tolerable. We also waste quite a bit of time on a few plot lines that seem unnecessary, like Finn and Rose's jaunt to the casino planet of Cantonica, where they never even find the person they're looking for. Questions about Rey's parentage and WTF happened to Luke are left kind of answered, kind of not. But they've gotta get us to the next film somehow.

Karen I will admit, as much as I loved this film and will definitely be seeing it probably two more times in theaters, it dragged on. It could have gotten to the point a lot faster, and I agree, the side story of Finn and Rose wasn't completely necessary. But the film explodes with the best light saber battle I've seen in a while. The whole film just pops with harsh colors of red and black, filling the audience with the perils of being in the grasp of the New Order. With that said, I always feel a rush of giddiness with the opening credits running from bottom to top, in the familiar yellow font, and the theme song on full blast. I loved the screen time that Chewie (Yes, we're on a nickname basis, so I don't have to say Chewbacca) gets with the porgs. I need about 10 of those furry creatures, thank you very much. Let's also take another moment to remember the late Fisher, the forever princess of the galaxy. There were many powerful scenes with Fisher that not only made me tear up, but I also felt that they alluded to her death. Leia was always the stronger natured character in the Star Wars franchise, and she held onto that to the very end. The Rebel Alliance is nothing without its leader, but, alas, other characters will take the reins. I can't wait to see what's in store for the next movie, and I can proudly say that I will always be rebel scum. ∆