The city of San Luis Obispo is gearing up to submit an eight-year housing plan to the state, but the California Rural Legal Assistance (CRLA) organization says the plan falls short of addressing the needs of low-income residents.

In a 26-page letter to the SLO City Council, the CRLA said that the city's update to its housing element, which will steer local housing policy and production through 2028, has "many serious deficiencies," mostly related to affordable housing.

CRLA attorney Vincent Escoto wrote that the document does not fully capture and define the needs of elderly, low-income, homeless, special needs, and farmworker residents in the city. 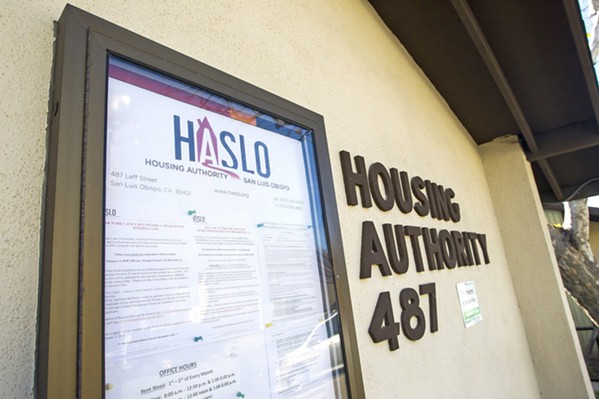 He said more analysis of those populations would be necessary to ensure that SLO's housing programs were "not just window dressing" but "viable plans that will provide beneficial outcomes to addressing the housing crisis."

"Without an adequate analysis of current and future needs, adequate programs targeted to meet the needs of these populations cannot be appropriately developed," Escoto wrote in the Sept. 1 letter.

Escoto also took swipes at aspects of the city's plans to produce affordable housing, as well as its efforts to ensure safe housing conditions. He claimed that the new housing element didn't comply with state law as it stood.

SLO officials told councilmembers at their Sept. 1 meeting that staff would work with the CRLA and the state over the next several weeks while it prepares a final draft of the housing element. The update is due to the state by Dec. 31, 2020.

Between 2014 and 2019, SLO met its overall housing target of 1,144 units—issuing 1,272 building permits in that time—although most of those units were built for residents with higher incomes.

While SLO produced more than twice its target number of "above moderate" income units (1,052), it fell short of meeting targets for all other income groups—including moderate income (9 percent of the target), low-income (20 percent), and very low-income (58 percent).