Chances are looking bleak for a California school bond that would allow the state to funnel $15 billion into public school and college facilities improvement projects, and many Central Coast educators aren't surprised. They're blaming, at least partially, a confusing name—Proposition 13—for the lack of support. 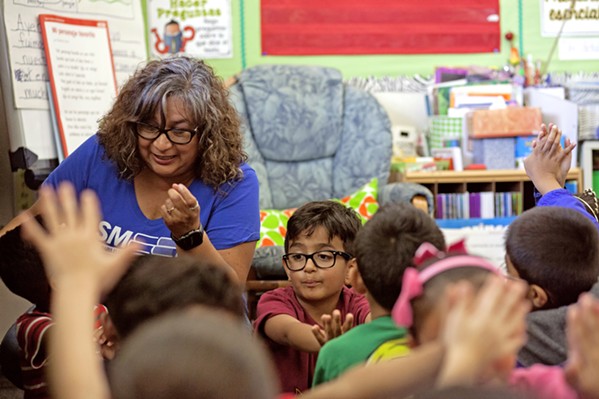 There were still a number of votes left to be counted, but as of March 4, Proposition 13 was shaping up to be one of the few statewide school bonds voted down by Californians. In the past 25 years, only one K-12 education bond has been defeated, according to the Los Angeles Times.

White said the name "Proposition 13" is too tied up with the Proposition 13 of 1978, a property-tax-cutting measure that was overwhelmingly approved by voters decades ago and has since shaped California's politics. With recent talk of reforming the 1978 Proposition 13 and an upcoming initiative on the November ballot that actually would impact the '78 Proposition 13, this election's Proposition 13 was highly confusing for voters, she said.

Although the 2020 bond has nothing to do with the famous Proposition 13 of the past, White said there were many falsities about this year's bond spreading throughout social media. White has worked in education for years, and throughout that time she's seen a lot of local and statewide bonds come and go.

"But none of them—none of them—have ever had this kind of misinformation," she told New Times. "If this had been called Proposition 16, none of this would have happened."

If approved, Proposition 13 of 2020 would authorize the state to sell $15 billion in general obligation bonds to fund construction and facility improvement projects at public schools, community colleges, and universities across the state. About $9 billion of that would go to preschool and K-12 schools, $4 billion to universities, and $2 billion would be used at community colleges.

Paying off the bonds with interest would cost the state an estimated $740 million a year for roughly 35 years, according to the Legislative Analyst's Office.

The funding wouldn't automatically go to schools in need, according to Ryan Pinkerton, assistant superintendent of business services at the San Luis Coastal Unified School District. Pinkerton said if Proposition 13 passes, school districts hoping for funding would have to apply, a highly competitive process that would also require districts to come up with a share of their own matching funding.

So even if Proposition 13 does pass, Pinkerton isn't entirely convinced San Luis Coastal would benefit. He's also concerned that if it does pass, that could make SLO County community members more hesitant to support much-needed local school bonds in the future.

But, Pinkerton said Proposition 13 could really help dilapidated school districts in areas that rarely support school bonds, which makes it really difficult to carry out renovations on school grounds.