Sticking to your guns in the face of mounting challenges is one of those noble traits held upon high in the classic American storytelling tradition. 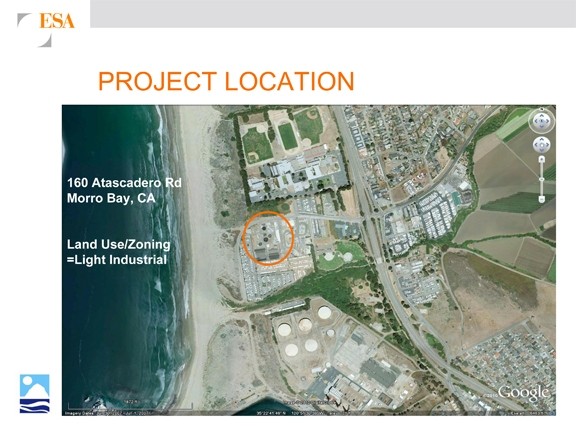 But, as officials working on the Morro Bay/Cayucos Sanitation District’s wastewater treatment plant project may soon learn, you can also end up shooting yourself in the foot.

In the North Coast, one could substitute those guns for a hotly contested location on the shores of Estero Bay, a site where the current plant sits, steadfastly held as the local favorite for a new treatment plant.

Over the past four years, a majority of public officials who have made up the joint Morro Bay/Cayucos Sanitation District Joint Powers Authority (JPA) have dug in their heels over the proposed location for the facility, even though the California Coastal Commission rejected it in 2011 and made no secret that concerns over the site haven’t been alleviated.

But the JPA Board of Directors doubled down on its wager, appealed the commission’s decision, and—to the chagrin of project critics—invested in a highly paid lobbyist to court the commission.

Now it seems the commission has had enough.

On July 10, Morro Bay City Manager Andrea Lueker sent an e-mail to members of the City Council to inform them of a phone call she received from a senior commission staffer. The news wasn’t good.

“I have just gotten off the phone with Dan Carl of the California Coastal Commission and he has relayed to me that the preliminary staff recommendation to the Coastal Commission will be for denial of the WWTP project,” Lueker wrote.

She added that the recommendation is likely based “primarily on hazard avoidance and secondarily public access, reclamation, and visuals.”

Since 2008, a majority of the JPA has consistently pushed for the new facility to be located at the site of the present plant, on the coast of Estero Bay. Just as consistently, however, Coastal Commission staffers have said that site isn’t feasible for construction of the new plant, given laws that passed since the first plant was built.

The main concern is that the current plant site is in a 100-year flood area, as well as within a tsunami risk zone. Building a new facility there violates the city’s local coastal plan, a set of development criteria drafted by the Coastal Commission.

Moreover, constructing a new facility in the same location would fly in the face of the California Coastal Act, the legislation that not only established the commission, but also guides its decision-making process. The act prohibits the construction of new structures within the public viewshed.

In other words, it appears the current project would violate state law.

As of press time, Coastal Commission staffers were drafting their report for the commission’s Aug. 9 meeting. According to one commission staffer, the report—expected to include the recommendation for denial of the permit—should be released on July 26 or 27, just following the weekly publication of New Times.

According to Morro Bay City Attorney Rob Schultz, the city will have to review the report before commenting on its recommendations. Regardless, Schultz said, the JPA will be appearing before the Coastal Commission in Santa Cruz on Aug. 9, accompanied by its consultant, former coastal commissioner Susan McCabe.

But officials point out the decision isn’t yet set in stone. Even if commission staff recommends the denial, commissioners don’t necessarily have to follow suit.

“Some people have been interpreting this as if the decision has been made, but I don’t think we should take anything for granted on how the commission is going to decide. We don’t know how strong the staff’s recommendation is going to be,” Morro Bay City Councilman Noah Smukler told New Times.

“But given how strong and clear their message has been so far, one can reasonably assume they’re not going to go for it,” he added.

According to Project Manager Dennis Delzeit, one of three outcomes is likely from the hearing: The commission could uphold the appeal and issue the coastal development permit; it could deny the project outright; or it could simply take more testimony and put off the decision for a later date.

One of the major points of contention is the hiring of a lobbyist. To date, McCabe has billed the JPA roughly $105,000 for services rendered through May. Should the commission serve the project’s death knell, the lobbyist’s work is pretty much done.

“Her role has been to provide assistance to Morro Bay and Cayucos in the coastal development permit process,” Delzeit told New Times. “When the process is over, her role in the project is over as well.”

Councilman Smukler, one of only two JPA board members to oppose hiring a lobbyist for the project, said that—with all due respect to McCabe, he noted—wining and dining the Coastal Commission wouldn’t fix a flawed project.

“I thought there were better places to invest that money from the beginning,” Smukler said.