Since legislation passed in 2015 eliminating the ability to claim a personal belief for exemption from immunizations, the number of San Luis Obispo County students who start school with the required amount of vaccinations has increased. Now, another bill is in the works that could change the way parents or guardians can request a medical exemption from vaccinating their child. 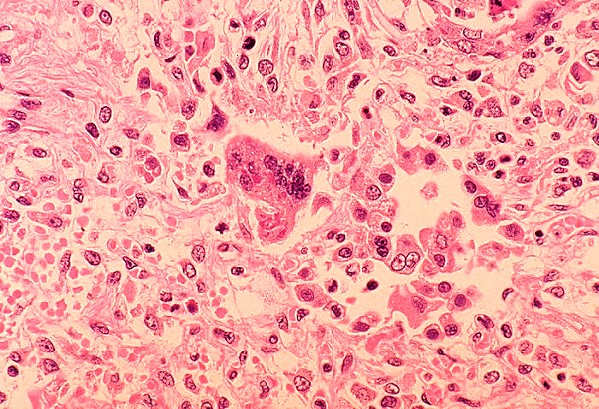 The percentages are higher than the Healthy People 2020 goal of 80 percent created by the Office of Disease Prevention and Health Promotion, and the same as the California average of about 96 percent.

The health assessment attributes the increase to Senate Bill 277 (signed into law in 2015), which eliminated the personal belief exemption. That exemption was a provision in the state law that allowed guardians to exempt their child from the school vaccination requirements if getting such vaccines contradicted parental religious or spiritual beliefs.

The current law requires every student taught in a classroom or enrolled in child care to be fully immunized against 10 diseases: hepatitis B, measles, mumps, diphtheria, rubella, tetanus, chickenpox, whooping cough, haemophilus influenzae Type B, and polio. California is the third state, following Mississippi and West Virginia, to get rid of the exemption.

While there was an overall increase in immunizations statewide, according to a 2018 study by the American Academy Pediatrics, there was also an increase in the number of medical exemptions claimed by guardians.

Currently, a medical exemption—a written statement that's signed by a licensed physician—must state that the physical condition or medical circumstance of the child won't allow for the immunization, which vaccines are exempted, whether it's a temporary or permanent medical exemption, and the expiration date.

The study looked at a number of the medical exemptions filed, viewing some as problematic, such as when the reason listed for the exemption was a family history of allergies or of autoimmune disorders. Neither is accepted by the Centers for Disease Control and Prevention's (CDC) Advisory Committee on Immunization Practices.

Medical exemptions that the CDC does accept include contraindications—when a recipient has conditions that increase the risk for a serious adverse reaction—and precautions—conditions under which vaccines should not be administered. For example, a vaccine shouldn't be administered to a person who has a severe immune deficiency.

There were also reports of physicians advertising medical exemptions online for a fee, according to the study.

It is believed, the study stated, that vaccine-hesitant parents could use medical exemptions instead of personal belief exemptions.

According to the SLO County Public Health Department, immunizations matter because they are a cost effective measure to protect children and adults from a number of infectious diseases.

"These diseases can result in extended work or school absences, hospitalizations, and even death," the 2018 Community Health Assessment states.

A SCHOOL NEAR YOU Data from the California Department of Public Health shows the percentage of students who are vaccinated in schools throughout SLO County.

The CDC states that between 96 to 99 percent of children need to be immunized to establish community immunity. Community immunity, also known as herd immunity, is a belief that if a certain percentage of people are vaccinated from a disease, everyone in the community will be safe from the illness. In theory, it protects children who are too young to receive a vaccine, those with compromised immune systems, or others who have medical conditions that prevent them from receiving a vaccine.

The new bill would allow an unvaccinated student to attend an educational institution or child care facility if their physician files an electronic statement into a database with the specific nature and probable duration of their medical condition or circumstance. If the bill passes the Assembly and gets signed by the governor, the state Department of Public Health would create the database by Jan. 1, 2021, and it would be available for use by licensed physicians and surgeons.

"Vaccinations provide our schools and communities with protection against the spread of diseases, and when the choice is made not to vaccinate, that decision has an adverse impact on others who depend on the protection that vaccines provide," Monning said. "During my time in the Legislature, I have supported policies that advance and protect the public's health, and I see SB 276 as protecting the public's health." Δ