Amanda Lipitz directs this documentary about a girls' high school step dance team, following a group of girls through their senior year at their Baltimore high school as they each attempt to be the first member of their family to be accepted into college. (84 min.) 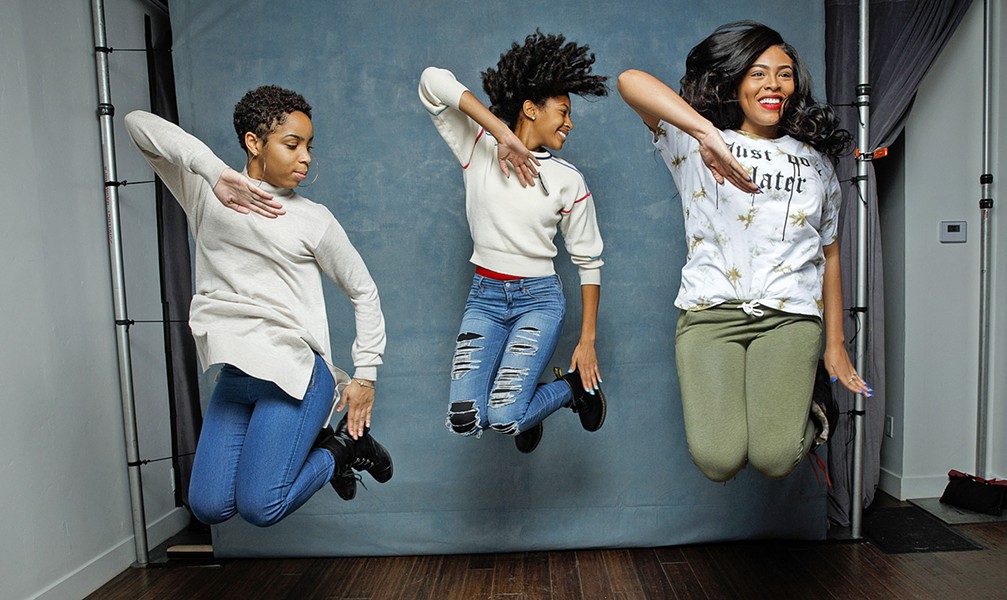 Glen Confession time: I tear up every time I see the trailer for this film, and I've seen it at least half a dozen times. It's simply an inherently emotional story. For one thing, these aren't actors portraying characters in a drama—these are real people dealing with real life, and that life isn't easy. Many of these young ladies are dealing with grinding poverty, dysfunctional families, and an unforgiving urban environment—and they're the lucky ones. Via a lottery system, starting in sixth grade, 120 girls were brought into an all-girl magnet school, with the lofty goal that the entire class will not only graduate but also attend college. The film concentrates especially on three girls in particular: Blessin Giraldo, a fierce, proud woman who struggles to keep her grades up; Cori Grainger, the class's shy valedictorian; and Tayla Solomon, whose corrections officer mom is a bit of a helicopter parent. We get a first row seat into their home life as well as their step dance team, which is training with a new coach and hopes to win a big competition coming up at the end of the year. Basically, the drama is about whether all the girls will indeed be college bound and whether or not their step team will finally win this competition. It's a rousing good tale with characters worth rooting for, and director Lipitz does a remarkable job weaving it all together into a cogent and compelling narrative. Sure, it's a little thin and maybe a bit too sanitized, but it's hard not to be swept into the feel-good story.

Anna Blessin founded the step team her first year at the magnet school and is back on the team for her senior year after being kicked off for poor grades the year before. The struggle for balance in their lives is each girl's challenge—between school work, high expectations from family and educators, their dedication to step, and the worry of not just achieving admittance to college, but the ability to pay for it as well. Their parents struggle to keep the power on and food in the fridge, and the collective wish of the teen girls is to rise above their life of poverty and hardship. Whether it's Cori, whose vigilant drive to be the best in her class and gain a full ride to Johns Hopkins, or Blessin, who struggles with focus and follow through as well as a loving but somewhat absent mother, each girl on the team has an upward battle to fight. The team has performed in this competition twice before, never taking home a win or even placing, and this year is the senior girls' last chance to bring home a win. Watching this slice of the young girls' lives is touching and poignant, and the dedication the school has to educate and nourish them is commendable. A film all about hope and hard work, Step is an emotional and ultimately feel-good piece of work that left me rooting for a bright and beautiful future for all of those girls. 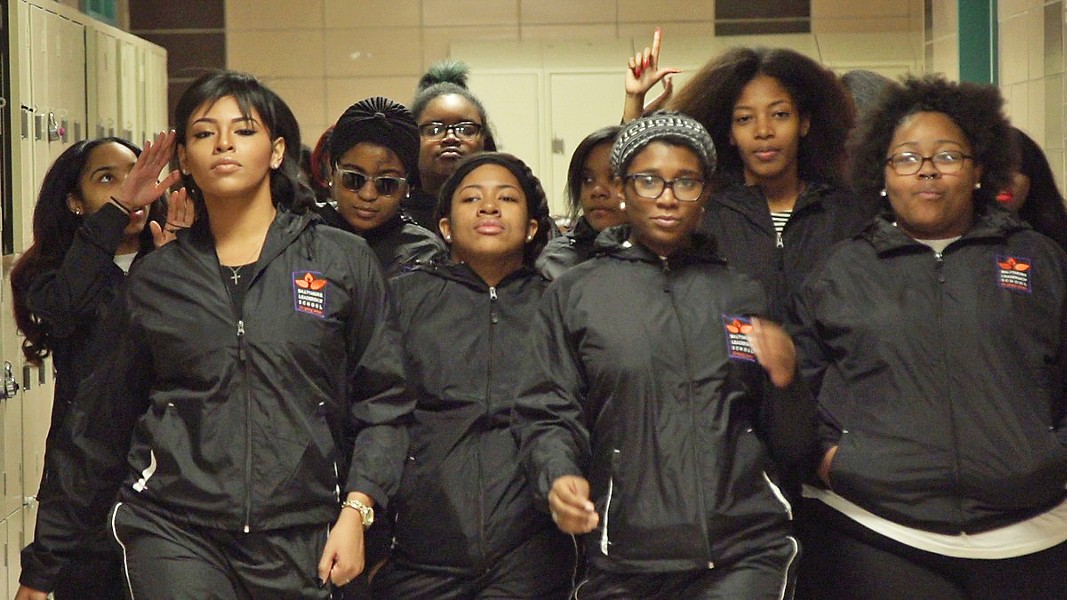 Glen At a time when racism is again in the national dialog and the entire country seems to self-segregate, this film serves as a glimpse into an America most white Americans never see. It's not a Spike Lee joint or a Tyler Perry film; it's a raw slice of Baltimore life in a mostly black community. It's not about the gangbangers or the rappers; it's about regular working class people. It seems like when black people are depicted by the media, it's either because they're sports or hip-hop stars, or they're criminals, but those are the outliers. This film is about regular people striving to transcend their lot in life, to break through barriers thrown before them courtesy of our society's institutional racism. I wish the white supremacists, separatists, and nationalists that stirred up trouble in Charlottesville would watch this film. Unfortunately, I doubt they ever will, but I wish they could see Blessin candidly talk about how there are two Blessins—one confident and strong, the other deeply afraid she won't fulfill her promise. She's like us all, vacillating between insecurity and bravado, dealing with the ups and downs of life. To hold racist beliefs, you have to dehumanize the "other," make them subhuman. Step celebrates these promising young ladies' humanity in ways that will have you cheering.

Anna All of these girls would be the first in their families to go to college, and the pressure to achieve that goal is always on their minds. Their escape is step, but that's not without its own pressures and expectations. When Coach G feels like the girls aren't taking practice seriously enough, she decides the group needs to do some extended wall sits, and if anyone bows out they will start all over again. The movie is full of "last chances" for the senior girls: This is their last chance to win a step competition; for Blessin, this is her last chance to bring her grades up enough to gain admission to college; and for Cori, it's her final sprint toward being valedictorian and getting a scholarship for Hopkins. Their lives are full of struggles many of us never think of. While who to take to prom and biology exams weigh on the minds of most high school students, worry about how to stretch meals until the next time they'll get food stamps or how long the power will be out before they are able to pay the bill does not. But they are still just American teenagers, ones looking to live a better life than the generations before them. Watching this group of girls walk the stage at graduation and own the stage at their competition is heart warming and uplifting, and their joy burns bright, as do their futures. Step is a much-needed feel-good film that gives us an often-unseen glimpse into the lives of a group of inner city American teenagers. Δ