If you have a conflicted soul speckled with patches of black, you're not alone. And there's probably a song out there that speaks to you perfectly. It's even possible that some guy from Texas wrote it.

And, just maybe, you can hear that song while basking in the glow of a tasty beer that you're sipping at a picnic table in front of an old-truck-turned-stage. It could be the crooner or warmth of North County in the late afternoon, but I can almost guarantee you that you'll be glad you went.

Numbskull and Good Medicine Presents brings red dirt and Texas-style country rocker Stoney Larue at BarrelHouse Brewing in Paso Robles on Thursday, Aug. 29 (6 p.m.; all ages; $22 presale at Boo Boo's and ticketfly.com or $25 at the door).

Since 2005, this country crooner from Texas has put out four studio-recorded albums and two live ones. He's currently working on an album slated for release in November, Onward, that captures him looking ahead and inward, shining a light in dark places, working through conflict, and attempting to better himself in the process.

"You want to test your bones and see where they break," he said in his website biography. "This record is wading through all the mud and storms to hopefully come out on the other side with a wisdom that you didn't have before. It's a brighter way to look at things."

Numbskull and Good Medicine Presents brings all-American roots music band The Blasters to The Siren on Friday, Aug. 30 (7 p.m.; 21-and-older; $20 presale at Boo Boo's and ticketfly.com or $25 at the door).

Featuring brothers Dave and Phil Alvin, The Blasters has been pushing out that rough-and-ready roots sound since the 1970s. Their second album, a self-titled record made up of half original songs and half covers, put them on the map in Los Angeles in 1981. Playing their own brand of charged-up blues, featuring more than a little rock 'n' roll wailing, the group split in 1986. Since then, The Blasters has been through many transitions, including solo careers for the brothers and reunion tours over the last two decades. In 2005, the group released a studio album 4-11-44, with a more mellow roadhouse sound. Jesse Dayton opens.

For more than 25 years, Chubby has been hard rocking the blues with passion and soul. He describes his style as "the Stooges meets Buddy Guy, Motörhead meets Muddy Waters, and Jimi Hendrix meets Robert Johnson." He's definitely his own kind of character.

Feeling like you need something a little less, umm, Southern sounding? You can meet the world's only female tribute band to Alice in Chains at the Siren on Sunday, Sept. 1, when Allison Chains takes the stage (8 p.m.; 21-and-older; $15 at Boo Boo's, Traffic Records, and ticketfly.com). Should be a rockin' good time.

Hey everyone, it's Ringo!

Ringo Starr and His All Starr Band plays Vina Robles Amphitheatre on Saturday, Aug. 31 (8 p.m.; all ages; $75 to $175 at vinaroblesamphitheatre.com). 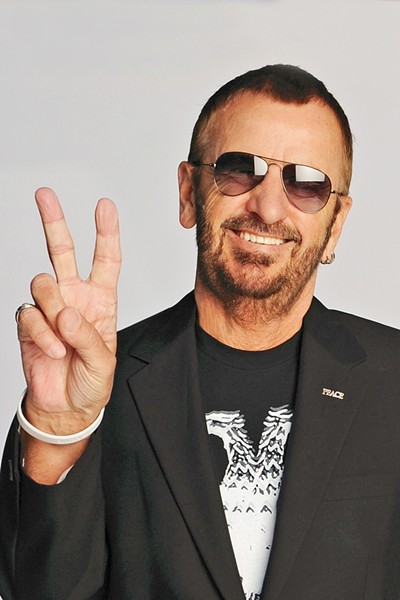 This year marks the 30th anniversary of Ringo and His All Starr Band, whose first concert tour began in 1989.

"I got asked if I'd be interested in putting a band together," Ringo said of the band in press materials. "I had been thinking the same thing, and so I went through my phone book, rang up a few friends, and asked them if they'd like to have fun in the summer."

The band doesn't always include the same friends, but this year, the band features Ringo, of course, Steve Lukather, Colin Hay, Gregg Rolie, Warren Ham, Gregg Bissonette, and the return of Hamish Stuart.

Ringo has released 18 solo studio albums since beginning his career with The Beatles in the 1960s, scoring seven consecutive Top 10 singles starting in 1971, including, "It Don't Come Easy," "Back Off Boogaloo," "Photograph," and "You're Sixteen (You're Beautiful And You're Mine)."

In addition to all of those albums, Ringo's been busy writing books. Last year, he released his third, Another Day In The Life. Following in the series that began with Postcards From The Boys (2003) and Photograph (2013), this book includes previously unpublished photographs, captioned with Ringo's observations and anecdotes. Reflecting his love of music, travel, and nature, Another Day In The Life shows us the world as seen through Ringo's eyes, according to press materials.

"It's about changing one second so that people think peace and love, it's something I learned from the Maharishi. If you do something for good, the trees, the grass, the whole planet will support you—you're always loved. I live in that world," Ringo wrote in the book.

In July, Willow Smith—daughter of Jada Pinkett Smith and Will Smith—released a new self-titled album. It, of course, sounds nothing like the single she released in 2010, "Whip My Hair," which was a poppy, hip-hoppy romp through the halls of junior high. Of the eight tracks on the 2019 album, I listened to "U know," a song that also features her brother, Jaden. 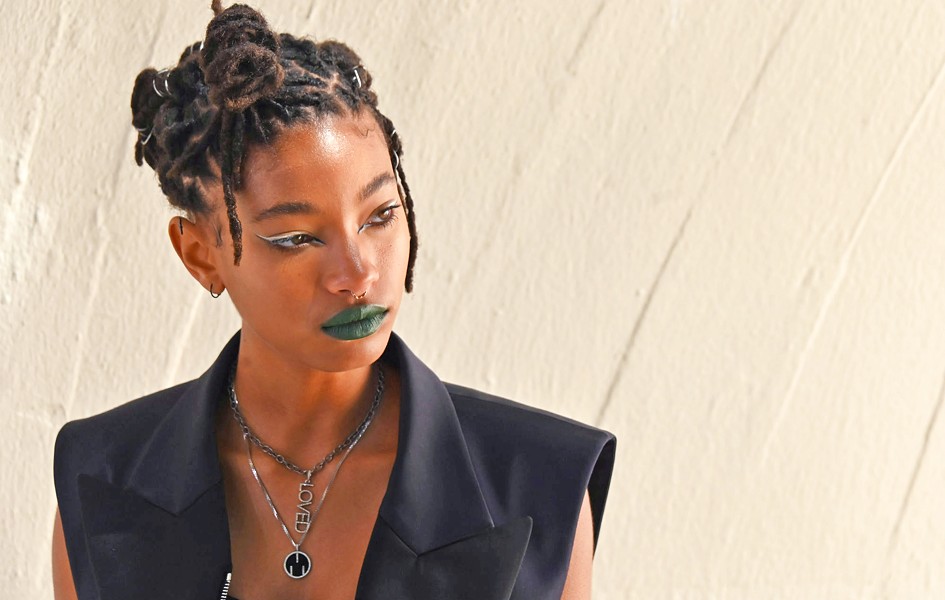 It's ethereal with an R&B soul, almost psychedelic in its cadence. She sings while her brother raps. And there's more where that came from. You can find it all on her YouTube channel before heading to the SLO Brew Rock Event Center to catch Willow Smith on stage Tuesday, Sept. 3 (7:30 p.m.; 18-and-older; $21 at slobrew.com).

You can bounce, hop, and weave a little to the all-Maori reggae band, which "didn't come from privilege, they didn't have famous parents; they were ruff 'n' tumble youths who had their lives changed by reggae music who have grown into humble husbands and fathers still finding joy spreading the love all over the world," according to the bio on Katchafire's website.

The orchestra is going Hollywood and bringing movie music to life. For more than four decades, Nowak has performed on or led Hollywood orchestras for every variety of soundtrack. He's worked with some of the greats, including Danny Elfman and Randy Newman. He was the conductor for the 2013 Academy award-winning original score for the film Life of Pi, composed by Mychael Danna. With more than 70 films and nearly 200 TV episodes as the studio orchestra's conductor, and hundreds more as a violist, Nowak is ready to celebrate.

Wine, spirits, and beer will be available for purchase at the Madonna Inn. Guests are encouraged to circle up with picnics at the indoor Boston-style Pops, as well as add some movie flare to their tables with cinema-themed decor. Or, you can really spice it up and come dressed as your favorite film star. Anyone dressed as Ringo Starr (Caveman, anyone?) will get extra props from me!

Frog & Peach Pub has a lineup of free concerts for the upcoming weekend, as usual. You can keep your pants on, rip them off, or just get drunk and dance, baby.

Blues rock artist David M'ore from Argentina stops in at the pub on the way to Los Angeles on Thursday, Aug. 29 (9:30 p.m.; 21-and-older). Influenced by Jimi Hendrix, Ritchie Blackmore, Johnny Winter, and Alvin Lee, M'ore is an aggressive guitar player with raspy vocals and a high energy set of blues-rock covers and originals.

"It's always been natural for us to reach out and draw in the audience. We make people feel they're part of the performance because they are," M'ore said in press materials.

Catch Dr. Funk with Mind, Body, and Soul at the pub on Saturday, Aug. 31 (10 p.m.; 21-and-older). Self-described as one of the best organic funk, soul, R&B groups in the country, they will get you moving, grooving, and swerving as you pop up and down to that funkadelic beat.

You can pop in to the pub and round out your Sunday Funday with a blues party headlined by Jeff Dale & the Dirty Jacks on Sunday, Sept. 1 (10 p.m.; 21-and-older). Who wouldn't want to head into Monday with a little blues hangover? 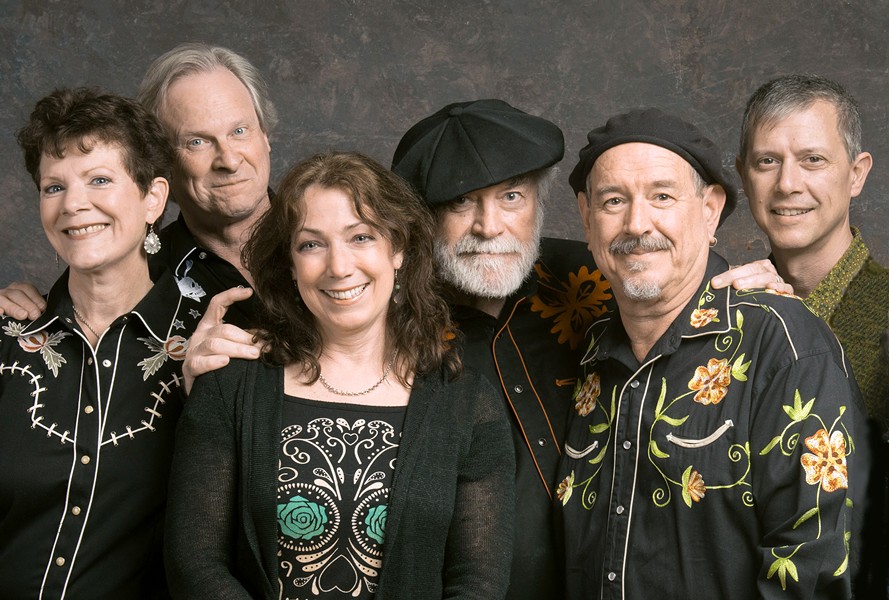 Know before you go: There's limited seating but room for blankets and low-back chairs; there'll be a catered dinner with a veggie option; and no outside food or beverages are allowed. Δ

Senior Staffer Glen Starkey took a vacation, so you have to deal with Editor Camillia Lanham's less-than-fresh takes on the music scene. Send complaints to gstarkey@newtimesslo.com.