We've surrendered to developers the qualities that drew us here 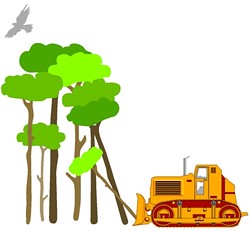 Oprah and legions of other Central Coast admirers celebrate the many wonderful features that distinguish our area. The weather is fantastic, the open space is beautiful, and the people are friendly. However, the county is cannibalizing some of the qualities that make this area so great. Consider Nipomo, for example: One of the few dense oak forests along Highway 101 is being cut down to make way for a new overpass as housing development continues.

Thanks to previous county supervisors, developers built shopping malls, office complexes, and housing tracts where they pleased. Consequently, driving a mile down Nipomo’s main thoroughfare, Tefft Street, can take an hour when traffic peaks. The supervisors exhibited a laissez-faire attitude about development: that government, at the least their government, shouldn’t interfere. But the government and taxpayers have since been burdened, to the tune of millions of dollars, by coping with the congestion that’s resulted from their hands-off attitude. Instead of preventing random development, the county tries unsuccessfully to remedy the jams it causes.

The oak forest and the creatures who live in it are being sacrificed for the overpass, which is being built to relieve traffic that could have been prevented by smart planning. Compounding that assault, the road that will span the overpass is going to cut through scenic farmland so drivers can more easily get to Nipomo High School. There’s absolutely no reason to route the road that way: There are at least three perfectly good routes drivers can already travel to the school, which has a very small student population.

Some businesses are suffering because of the unfettered development. For instance, downtown Nipomo is home to the Kaleidoscope Inn, a beautiful Victorian bed-and-breakfast. Many of the yelp.com reviews for the inn mention the state of the surrounding neighborhood. One commenter observed, “The first sign that this was a bad decision was the second we drove up. … If we were not going to be charged with an extra night’s stay, we would have driven off without setting foot inside.” Another said, “Yes, the surrounding town of Nipomo isn’t very nice; an unforgiving person might even call it kind of a rhymes-with-spit-hole.” The county could have avoided turning the community into a place that warrants such comments had there been wise planning.

The county and developers prefer to ignore the history of Nipomo. The town is known nationally because of the labor strikes there during the Great Depression. Dorothea Lange’s photograph Migrant Mother, taken in Nipomo in 1936, appears in practically every high-school history textbook. One of the first settlers in the region, William Dana, lived in Nipomo in a home that fortunately still exists. General Fremont’s troops camped in Nipomo during the Mexican-American War. Little has been done to honor this heritage, except for restoring Dana’s adobe home.

Eucalyptus groves stemming from the toil of migrant Japanese workers early in the last century are being felled to make way for tracts of houses that will stand empty. Massive wooden fences begging for graffiti surround these city lots and front the road. There’s already a glut of houses on the market, and everyone’s property value is suffering as a result. Yet tracts inexplicably continue to be built, without regard to their impact.

The county must take decisive action to preserve our area and its heritage, especially in Nipomo, and stop reckless development or we will lose altogether the features that make this place precious. Open space and agricultural land are the aspects residents—and visitors—cherish most, and I believe most residents and visitors would say historic buildings deserve preservation, not neglect and demolition. Old Town Nipomo needs to be rebuilt in a style commemorating what the village once was: an old Western railroad town.

The qualities that make life in this area rewarding can be preserved without banning development, if county and municipal officials act as wise stewards.

Doug Jenzen is a student in Cal Poly’s graduate history program whose thesis regards the history of SLO County agriculture. Contact him via the opinion editor at econnolly@newtimesslo.com.