A pack of cigarettes costs about $6, but one man’s nicotine craving combined with a penchant for petty theft could cost him 25 years to life in state prison. His name is Richard Martin Loots, and the 39-year-old San Luis Obispo County resident was arrested in April for attempting to lift 11 cartons of smokes from Rite Aid in Morro Bay. 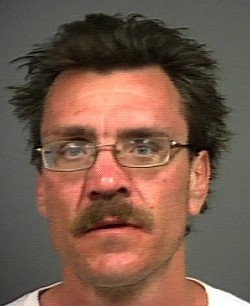 The incident wasn’t Loots’ first scrape with the law. Far from it. In SLO County alone, he’s faced charges for 10 separate violations, a swath of misdemeanors and felonies dating back to a petty theft conviction in 2004. There are no violent felonies on his record, but he did plead guilty to a misdemeanor charge of domestic assault against a girlfriend in 2008.

Two of his prior property offenses were serious enough to qualify as “strikes,” and under California’s infamous “Three Strikes and You’re Out” Law, those crimes make Loots eligible for a life sentence. If convicted of a third strike violation for the cigarette theft, and sentenced accordingly, Loots wouldn’t be eligible for parole until 2037. He’d be 64 years old.

According to Morro Bay Police Commander Bryan Millard, the latest offense was considered a felony burglary and not a simple theft because Loots allegedly attempted to gain access to a business’ restricted back room. Officers also nailed him for a parole violation and for resisting arrest, claiming Loots fled the scene on foot with a utility tool/knife in his pocket.

In September, New Times received a letter from Loots, explaining his side of the story.

“I am very scared,” Loots wrote. “Addiction has taken my life from me, and now California and the County of San Luis Obispo threaten to take the rest of it.”

California’s three strikes law passed in March 1994 and was overwhelmingly reaffirmed by voters in a November ballot initiative later that year. The law promised to keep repeat offenders off the streets by considering prior offenses and sentencing criminals on a sliding scale. Under the law, anyone with a violent or serious felony on his or her record is sentenced to twice the jail time for any second felony, whether it’s violent, serious, or not. People with two serious or violent felonies can be locked up for life after any third felony.

For Loots, the serious priors include sneaking into a closed business to steal clothing in Arroyo Grande and a 14-year-old offense from Los Angeles. Details concerning the older violation weren’t readily available. The case number on record with the SLO district attorney corresponds to a burglary in Los Angeles, but the defendant in that instance wasn’t named Loots. The defendant and Loots did share a birthday, however, and the L.A. County court clerk told New Times that the name might be an alias, though she was confused as to why the alias would remain as the name on record.

At Loots’ preliminary hearing for the most recent charges, on Oct. 1, Deputy District Attorney Sandy Mitchell confirmed that the priors were being considered and that Loots could face a lifelong sentence. She later told New Times that her office could show mercy.

“If the prosecutor knows about any strike priors, we’re required by law to allege them,” Mitchell said. “Down the line, we have discretion and the judge has discretion not to pursue them.”

It’s not uncommon, however, for courts to slam defendants with third strike violations despite the relatively harmless nature of their latest crimes. As of September 2011, the California Department of Corrections and Rehabilitation reported that 41,170 people were serving extended sentences for second and third strikes. Just more than 19,000 were convicted of violent crimes against people, and 2,000 were caught with illegal weapons. The bulk of the rest was found guilty of felonies related to theft and drug sales/abuse. In all, 198 “strikers” came from SLO County.

An advocate group called Families to Amend California’s Three Strikes formed shortly after the law passed and has been working to challenge it on the ballot and in court, with little success so far. In 2003, the United States Supreme Court dismissed claims that the law amounted to cruel and unusual punishment, and a 2008 effort to put a complete repeal on the ballot failed to gather enough signatures. Geri Silva, a spokesperson for the group, said the law is unjust and tears families apart.

“It’s a senseless, ridiculous law,” Silva said. “How do you give the same sentence as you would for murder to someone who steals a pack of gum?”

This year, California voters will consider a partial revision of the law. If Proposition 36 passes, a third strike would have to be serious or violent in order to land someone behind bars for life. It also allows people already incarcerated to seek sentence reductions. Nothing would change for second strikers, and there are exemptions for criminals with sex crimes on their records, who would still face a third strike for any new felony.

The non-partisan Legislative Analyst’s Office reported that the changes would initially save the state’s prison system an estimated $70 million every year, with the potential for $90 million in annual savings in subsequent decades. Silva argued that Proposition 36 is a step in the right direction, but that it doesn’t go far enough.

Loots, for example, wouldn’t be impacted either way, because his most recently alleged crime will still be classified as a serious felony.

“I’m not claiming to have lived an innocent life,” Loots wrote to New Times. “Sadly, I am an addict that has been in trouble for shoplifting before in support of my habit. But the three strikes law was not intended for people like myself.”