Looking for a rad spot for a day trip or
weekend adventure? Check out Ventura
County with its sandy beaches, thrift shops,
restaurants, and breweries. Visit ventura.org
for more information.

Growing up in Los Angeles County, I was raised in a small city that's connected to so many others. So I like to say that I grew up in Harbor City, Torrance, Lomita, and Redondo Beach.

When I was around 7 years old, my mother frequently drove me to museums like The Getty and the La Brea Tar Pits. As a teenager and later a community college student, I pranced around the heart of LA. 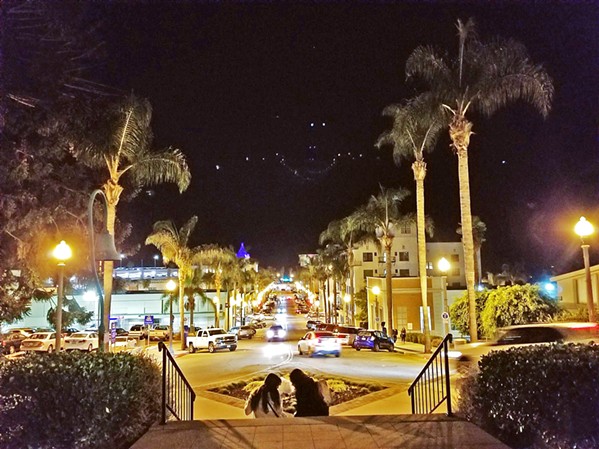 LA County has been very good to me over the years, but I wanted a change of venue. After wrapping up my two years of community college, life took me to Cal Poly in San Luis Obispo. To be honest I love both for different reasons, and I like to think I have the best of both worlds.

When I do visit home, I always drive through Ventura County but I never really thought much of it. I can't see much from Highway 101 so I wasn't sure what the area had to offer. Time to explore!

On a chilly Saturday in late December, the city of Ventura is jam-packed with cars. But walking down the streets and checking out the various shops along East Main Street is a whole other vibe. The world slows down as I take in the sunny day. There are several thrift shops to choose from, but American Vintage and the ARC Foundation Thrift Store have the most variety at reasonable prices.

There are also plenty of coffee houses, shops, restaurants, and ice cream parlors to choose from. I wanted vanilla and choose to check out the Ben and Jerry's. I know I should go local, but come on guys! It's fresh Ben and Jerry's. I indulge in the chocolaty goodness of Chocolate Therapy, a chocolate ice cream with chocolate cookies and swirls of chocolate pudding. I regret nothing, folks. 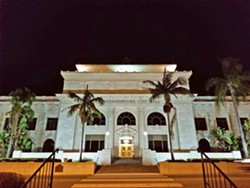 I manage to venture out to the beach, but the real gem was stumbling into Topa Topa Brewing Company on our way back to the downtown area. This small brewery is tucked between a pizza place and a surf shop. It has an awesome staff and the perfect selection of beers to wind down the evening. With 10 beers on tap to choose from, I go with the Chief Peak India Pale Ale. It has just the right amount of hops and hints of grapefruit to satisfy my taste buds.

As the sun goes down I find myself in front of the San Buenaventura City Hall, formerly the Ventura County Courthouse. In 1969, the courthouse was deemed seismically unsound. To save it from demolition, the city of Ventura purchased it from the county. After three years of planning and another two years of restoration, the building opened for city business in 1974. Although it's dark, the City Hall is lit up beautifully enough to see its unique architectural designs.

Overall, Venture is a great coastal city to enjoy on a quick day trip or weekend getaway. Δ