As SLO County prepares to extend regulations that restrict water use out of the Paso Robles Groundwater Basin, supervisors are requesting policy changes that they say will help protect residents and small farmers.

Current county rules require farmers planting new crops with more than 5 acre-feet of water demand per year to offset their water use. At least two supervisors want that "de minimis" threshold to increase to 25 acre-feet per year. 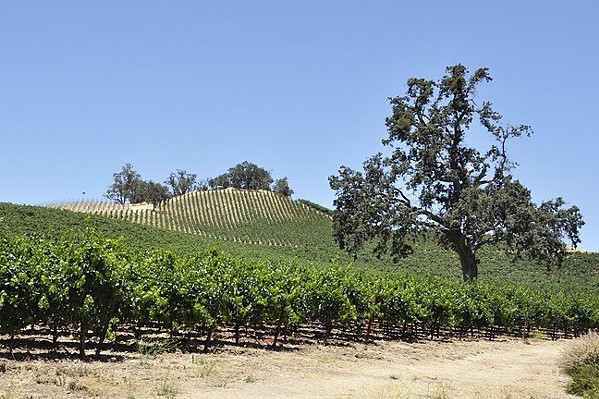 "We don't want hundreds of people to plant up a storm," 1st District Supervisor John Peschong said at a June 18 meeting, "however if you're a small family farm, you've been [on property for] 70 years, you should have a right to farm. I think that, to me, is the core of this."

Revisions like Peschong's are being introduced as the county looks to keep its regulations intact. When North County water leaders adopt a sustainability plan for the Paso basin in January 2020, it planned to supplant the offset ordinance. But since the elements of that plan may take months or years to materialize, county officials now want to preserve the status quo into 2020.

The Board of Supervisors will vote on an extension of the ordinance sometime before November of this year.

In addition to the request to increase de minimis exemptions from 5 acre-feet to 25 acre-feet, supervisors want updated water duty factors—and the inclusion of more crops, like hemp. They also asked for a ban on a practice of offsetting new water use with off-site "credits," and to allow farmers to fallow land without losing their rights to irrigate a new crop.

The supervisors weren't all in agreement about the proposed revisions. Second District Supervisor Bruce Gibson voiced concerns that too many rule tweaks or exemptions could end up harming the already-stressed basin. He called the idea to allow 25 acre-feet of de minimis farming "a real mistake."

"We need to keep in mind the overarching situation," Gibson said. "The basin is being overdrafted. It's being pumped well past its safe yield. ... We have to look very carefully at, are these small amendments or large amendments?" Δ