Supes save a few drops

Water. It’s wet, refreshing, and a prerequisite for the survival of everything, which makes it kind of important. 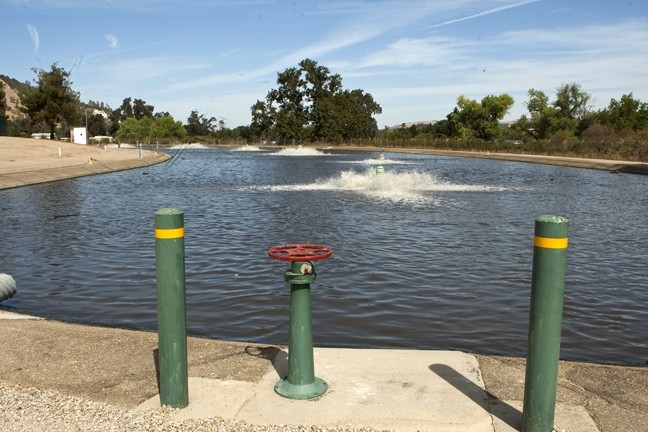 Dianne Jackson was well aware of that fact when she bought a piece of rural property 12 years ago, but since her well tapped into one of North America’s largest aquifers, the 790-square-mile Paso Robles Ground Water Basin, she wasn’t worried. Still, she kept her water usage to a minimum, installing low-flow toilets and landscaping the 2 1/4-acre lot with little more than cacti and dirt. Such efforts didn’t do her much good, however, and her well ran dry on Sept. 13, 2011, right around the time her neighbor was putting the finishing touches on a beautiful new winery.

“If you drive east on 46 East, the only green you will see are native oak trees or eucalyptus and miles and miles and acres and acres of grapes,” Jackson said during the Sept. 25 SLO County Board of Supervisors meeting. “Wine grapes don’t sustain life.”

The comment drew haughty laughter from a pocket of wine and agriculture advocates attending the meeting to voice their opposition to a set of proposed changes to the county’s land-use ordinance applicable to rural land across the basin.

The new language would restrict ornamental landscaping, require discretionary projects to offset any water usage with non-ag-related water savings, not allow any amendments to the general plan that upped water usage, and prevent subdivisions of existing parcels. After four hours of testimony and deliberation, the board voted 3-2 to adopt the new rules, with supervisors Frank Mecham and Paul Teixeira dissenting.

According to senior planner James Caruso, the basin’s diminishing water supply first became apparent 10 years ago, and a 2010 update to its resource capacity study established a “Level of Severity III,” which means annual consumption is equal to the dependable supply. That all sounds fairly harmless until you consider that the basin had been stockpiling water for thousands of years to maintain its previous balance. Depending on the location, rainfall can take anywhere from two to 15 years to trickle through soil and layers of rock to reach the basin, and consumption is outpacing that recharge rate.

In some places, groundwater levels dropped 95 feet since 1997. The change was depicted graphically in the study with a large red spot, like a spreading blood stain, below the cities of Paso Robles, Templeton, and Atascadero.

According to Kurt Bollinger of Miller Drilling, people are chasing the water table all over the North County. He said he’s re-drilled nearly 20 wells in the last six months at depths that are pushing the limits of his equipment.

At the supervisors’ meeting, excavator Cam Burlogar said he’s been using his large tank trunk to haul water to residents with dry wells. Each delivery of 3,200 gallons costs about $300, which some customers can make last a few months. Others call Burlogar once a week.

Over the last year, all the affected municipalities and the over-arching county agreed to follow a basin-wide groundwater management plan—but the plan alone offers no concrete steps, only general end goals: collect more data, seek out supplemental water, implement conservation efforts, etc. The new rules amount to the plan’s first baby teeth, and just like teething, the process was drawn out and loud.

While everyone admitted the severity of the shortage, opponents of the changes argued that the estimated water savings were insignificant and overly burdensome. The basin’s estimated annual yield is 97,000 acre feet of water, and county staffers projected that the new rules would save just 340 acre feet over 20 years, an amount that ag representatives like Mike Brown of COLAB and Lisa Bogrodi of the Paso Wine Alliance said wasn’t worth the impact on farmers who often use subdivisions as a means to pass family operations to the next generation.

“Our energy should be spent on finding more water and conserving the water we have, not on meaningless regulations,” Bodrogi said. “I’m concerned that the stakeholders we’ve managed to bring together will leave the table over this.”

Bogrodi also serves as vice chair on the steering committee for the basin’s management plan, which is charged with evaluating potential voluntary conservation measures and amassing resources for supplemental water. The group consists of a wide array of stakeholders—from city planners to homeowners and wineries—and its members overwhelmingly oppose the ban on subdivisions.

On Sept. 21, the committee sponsored a “Water Stewardship” tour that focused on recycled water from wastewater treatment plants and supplemental water. City officials from Paso Robles said they release 5 million gallons per day from their treatment plant, and none of it is currently reclaimed. They’d need a massive infrastructure investment to make use of the water, which flows north, out of the basin.

Supervisors received a letter and heard testimony from a lawyer, Steve Hoch, who said he represents a group of property owners interested in challenging the ban. Because county staffers believe the move will only serve to benefit the environment, they claimed to be exempt from California Environmental Quality Act rules that require an environmental impact report on changes to land-use ordinances.

“Without question, this will leave the county wide open for litigation,” Hoch said.

Some opponents claimed the ban has little to do with water savings and that its true intent is to grab power, punish the North County for electing Debbie Arnold, and push development toward urban centers in alignment with “smart growth” principles.

Board Chairman Jim Patterson, whom Arnold will replace on the board in January, said the measures are the only tools in the county’s box, short of a full-blown development moratorium, which still wouldn’t restrict the steady surge of vines going in the ground. Crops need no permits, and the California Constitution protects property owners’ rights to any and all water under their land.

“We need to act,” Patterson said, “but we have very little authority.”

According to crop reports, vineyard acreage countywide has more than tripled since 1997. Ag use accounts for 67 percent of water consumption in the basin.