San Luis Obispo County will be home to a maximum of 141 legal marijuana grows bigger than six plants next year, under a new land-use ordinance that will only allow cultivators who successfully registered with the county last year to apply for growing permits in 2018. 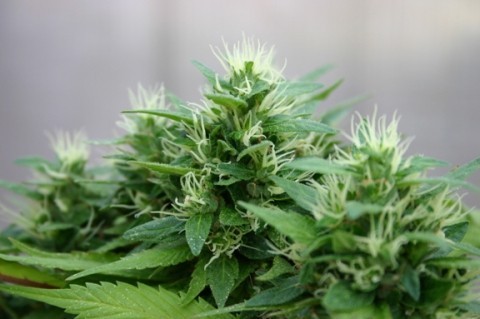 "I look at it as a starting point. This is a slow rollout," said 1st District Supervisor and board chair John Peschong, who voted in favor of the ordinance.

Under the rules, the eligible cultivators will be able to grow on specifically zoned property at certain acreages with setback requirements. Additionally, personal and caregiver grows are banned outdoors and can't exceed six plants total. All storefront dispensaries are banned, and cannabis manufacturing is allowed but limited to using non-volatile substances. Delivery services are allowed under the ordinance.

Industry hopefuls especially criticized the 50-acre rural lands requirement. Land-use consultant Jamie Kirk told the board it could put several registered growers in the county out of business.

"I've looked at it, and these are small family farms, the ones we've talked about wanting to protect," Kirk said. "The unintended consequence of the blanket restriction is it's going marginalize these operators."

The board voted to keep the limit.

"You're telling all the small growers, 'See ya,'" Hill said of the rules. "We're killing them before they even get a chance to compete."

Hill added that the county was "picking winners and losers" with the regulations. Compton, who said she's received many complaints about cannabis farm smells in her district, countered Hill, saying "we do that with every land-use designation we make."

"In every aspect, we're picking winners and losers," Compton said. "I have to look at what conditions the citizens that elected me to office want and don't want." Δ