Sweeney responds to questions about her residency

San Luis Obispo mayoral candidate Cherisse Sweeney rejected rumors that she doesn't reside in city limits, telling New Times that her family rents a home in the city and recently moved there from "less than a mile" outside of SLO to enable her run for office.

Sweeney, who owns Basalt Interiors downtown, is facing scrutiny over her residential history, with some questioning whether the first-time candidate is a bonafide SLO resident. 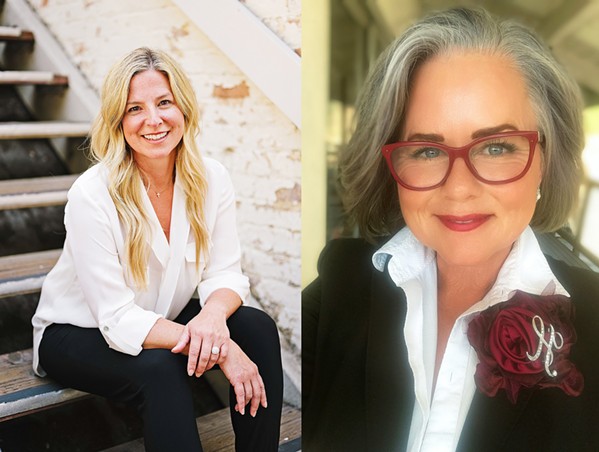 City election law requires candidates to be residents of SLO for at least 30 days prior to an election date and also to be registered voters in the city.

Campaign filings with the city clerk list Sweeney's residence as an apartment in SLO, which is also her voter registration address. But locals have probed whether that address really matches her residence, given the timing of her move at the start of her candidacy and that her husband's voter registration is still listed as their prior address outside city limits.

"What is Sweeney hiding? Does she even live in the city of San Luis Obispo?" the SLO County Democratic Party wrote in a recent blog post titled, "Hiding Behind Non-Partisanship: Radical Republicans are attempting a stealth takeover of SLO."

According to the candidate, the truth is more complicated and "not really anyone's business." Sweeney said her family sold a house three years ago and has moved around a few times since (she didn't elaborate, and New Times didn't ask). They recently decided to relocate into city limits, leaving a rental off See Canyon Road.

"When we knew we needed to find a final place to plant ourselves for a little bit and I committed to run [for mayor] for our community, I committed to make sure we found a place to buy within city limits," Sweeney said.

Sweeney said she purchased the apartment that's listed in her candidate papers—which are date-stamped July 27—but noted that today it is rented to tenants, and their family now rents a house of their own.

"We found a house that was perfect," she said.

As some SLOlocals question Sweeney's roots in the city, the interior designer rejected those characterizations.

"I've been a business owner here for 18 years now, a retailer here for eight years," she said. "My kids go to school in SLO. We are absolutely a part of this community." Δ