Hieronymus Bosch and his hellish paintings have got nothing on Mortiis' dungeon synth video for "A Dark Horizon," which is populated by hideous creatures torturing helpless maidens.

The goblin masked Mortiis, born Håvard Ellefsen, is Norway's reigning master of dungeon synth—a dark, atmospheric sound that pairs well with grotesque, disturbing images. I read online a little bit about the making of the new video in Metal Hammer, "the world's biggest and best metal magazine" as it describes itself, which interviewed Ellefsen. 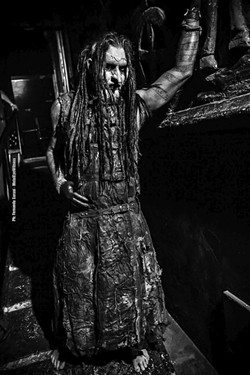 "Since we were shooting in an abandoned old factory and my new outfit basically consists of pieces of latex on my upper body, spending hours filming in a chilly factory environment basically meant I was freezing my butt off pacing around half-naked trying not to die," he told the magazine. "The things I do in the name of art."

Black metal is such a huge part of Scandinavian culture, maybe because it's cold and dark up there, but I think also because Scandinavians have a dry and perverse sense of humor, which is why black metal is best enjoyed with tongue firmly planted in cheek.

This Sunday, Feb. 9, SLO County's own biggest and best metal 'zine, Hail Yourself! Metalzine, along with Pacific Threnodies, will host a three-band black metal extravaganza at The Graduate (7 p.m. to midnight; all ages; $25 presale at Boo Boo's and Traffic Records, brownpapertickets.com, or hailyourselfzine.com/product/mortiis-printed-tickets).

According to concert organizers, "this dark ambient style evokes high fantasy and impressionistic medieval atmospheres and is the perfect soundtrack to role-playing games or simply taking one's mind on a journey through deep realms of the imagination. Mortiis' upcoming album, Spirit of Rebellion, represents a triumphant return to the evocative ambiance of his revolutionary early albums, known lovingly by fans the world over as 'Era 1,' combining the driving force of martial industrial rhythms with the earnest intensity of black metal and the expressive melodies of RPG soundtracks. Mortiis' stage presence is nearly as legendary as his music itself—this is a rare experience that is not to be missed!"

Here, there, and everywhere

Numbskull and Good Medicine Presents have quite a week cooked up. From folk to reggae to Afrobeat and more, there are shows for everyone from Santa Maria to Morro Bay.

The Sam Chase and The Untraditional kick things off when they play with King Dream and Arthur Watership at The Siren on Friday, Feb. 7 (doors at 7:30 p.m.; 21-and-older; $13 at Boo Boo's and eventbrite.com or $15 at the door).

"The Sam Chase has a voice like a nun on the lam with a mouthful of cigarettes and curse words in a lonely bar, drunkenly dancing next to a broken jukebox," according to his cleverly written bio. "His songs are scribbled, not written, on lipstick- and sweat-stained motel bed sheets because he likes the way the ink bleeds. His guitar runs on diesel and leaks like the morning after too much whiskey. His is a show you'll probably want to tattoo on your body so everyone will know that you knew him before he was cool."

He reminds me a bit of Devil Makes Three. Edgy sound! 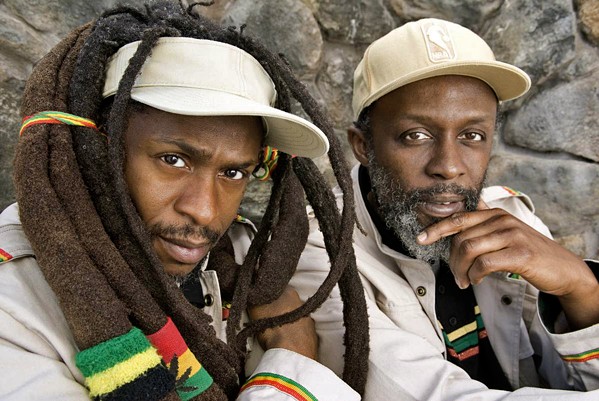 Legendary reggae act Steel Pulse plays Presqu'ile Winery on Saturday, Feb. 8 (doors at 5 p.m.; all ages; $40 at Boo Boo's and eventbrite.com or $45 at the door), with Resination opening.

Formed in Birmingham, England, in 1975, they were the first non-Jamaican act to win the Grammy Award for Best Reggae Album, for Babylon The Bandit (1986). They're currently touring in support of their 12th studio album, Mass Manipulation (2019), which was Grammy-nominated this year but lost to Koffee's Rapture.

Explaining the album's concept in press materials, Steel Pulse said, "A manipulation of our minds has been influenced by a New World Order currently dominating humankind. Steel Pulse reappears at a fated moment, armed with compassion, encouraging all people to reject false ideals, set higher goals, and demand more from themselves to further this unification."

Heading back to Morro Bay's The Siren on Monday, Feb. 10, Jerrod Niemann will perform as part of his Ghost Rider Tour (7:30 p.m.; 21-and-older; $20 at Boo Boo's and eventbrite.com or $25 at the door). The platinum-certified country music hitmaker is a favorite with the troops, having played several USO shows. With songs like his patriotic single "Old Glory" and the romantic hit "God Made a Woman," he's right in that America-first wheelhouse. Or maybe you're more a fan of tracks like his party anthem "Drink to That All Night," a wacky hip-hop inflected auto-tune pop song! Go get 'em, tigers! 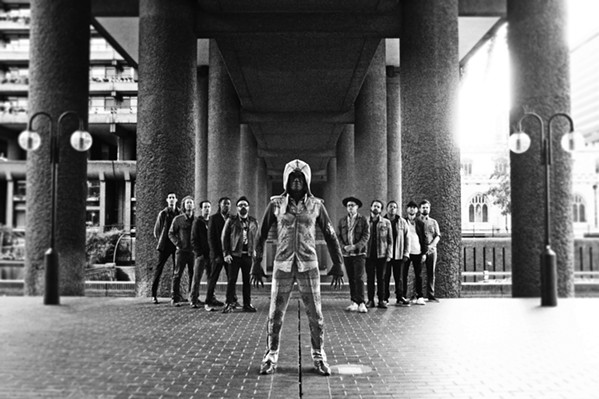 Brooklyn-based Afrobeat act Antibalas, now celebrating its 20th anniversary, plays The Siren on Tuesday, Feb. 11 (7 p.m.; 21-and-older; $25 at Boo Boo's and eventbrite.com or $30 at the door). The funk and jazz ensemble, whose name means bulletproof in Spanish, is touring in support of their new album, Fu Chronicles, being released on Daptone Records on Feb. 7. Expect new material from this amazing dance and party act!

"Pre-gentrified Williamsburg serves as the backdrop for Fu Chronicles—voyaging back to the early days of when Antibalas and revered soul label Daptone Records spawned out of lead singer Duke Amayo's kung fu dojo," press materials explain. "A senior master of the Jow Ga Kung Fu School of martial arts, Duke Amayo along with Antibalas founder/baritone saxophonist Martín Perna guide listeners through an epic journey of where kung fu ingeniously intersects with Afrobeat on Fu Chronicles."

Finally, mark your calendars (and buy your tickets) for the return of California rockers ALO next Thursday, Feb. 13, at The Siren, with Ben Morrison of Brothers Comatose (7 p.m.; 21-and-older; $23 at Boo Boo's and eventbrite.com or $25 at the door).

The Fremont Theater hosts the internationally acclaimed vocal group Ladysmith Black Mambazo on Tuesday, Feb. 11 (doors at 7 p.m.; all ages; $36.69 to $60.15 at Boo Boo's and fremontslo.com).

The band rose to prominence when they appeared on Paul Simon's 1986 album Graceland, introducing the world to their isicathamiya and mbube vocal styles, but the group formed much earlier, in 1960, under Joseph Shabalala. They've won five Grammy Awards, most recently 2018's Best World Music Album for Shaka Zulu Revisited, an award they dedicated to the late former South African President Nelson Mandela.

Then funk act Pigeons Playing Ping Pong plays the Fremont on Wednesday, Feb. 12 (doors at 8 p.m.; all ages; $26.13 at Boo Boo's and fremontslo.com), with Goose opening. PPPP has partnered with Backline to donate $1 from every ticket sold to support their mission of being the music industry's mental health and wellness resource hub.

"Di Meola's ongoing fascination with complex rhythmic syncopation combined with provocative lyrical melodies and sophisticated harmony has been at the heart of his music throughout a celebrated career that has spanned four decades and earned him critical accolades, three gold albums, and more than 6 million in record sales worldwide," his bio notes.

"This is a great spot to come see music after work!" the band said. "Stay away from downtown, bring the dog, wear some sensible shoes, and most of all ... invite your friends!"

"This is my galactic field jazz and hard bop group," said Moon Bird, aka Dr. Isapony from The Monroe. "Dope shit."