Taking the next step for California

We can set an example for the nation as we did on medical marijuana by passing the Regulate, Control and Tax Cannabis Act of 2010 in November 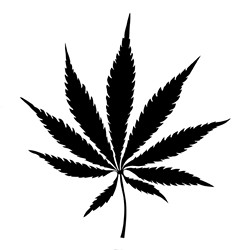 What if California could raise hundreds of millions of dollars in new revenue to preserve vital state services without any tax increases? And what if at the same time, we could, without any new expense, help protect our endangered wilderness areas while making it harder for our kids to get drugs?

That is precisely what the Regulate, Control and Tax Cannabis Act of 2010 initiative slated for the November ballot would do. This measure, building off the legislation I introduced last year, is the logical next step in California’s and hopefully the nation’s public policy towards marijuana.

The legalization of cannabis would not only address California’s growing economic crisis but, more importantly, would begin a rational public policy discussion about how best to regulate the state’s largest cash crop estimated to be worth roughly $14 billion annually. Placing marijuana under the same regulatory system that now applies to alcohol represents the natural evolution of California’s laws and is in line with recent polls indicating strong support for decriminalizing marijuana.

To understand the movement behind legalization, it is helpful to understand how we got here. The state first prohibited marijuana in 1913. When Congress later passed the Controlled Substances Act in 1970, marijuana was temporarily labeled a “Schedule I substance”—an illegal drug with no approved medical purposes.

But Congress acknowledged they did not know enough about marijuana to permanently classify it to Schedule I, so a presidential commission was created to review the research. In 1972, the National Commission on Marijuana and Drug Abuse advised Congress to remove criminal penalties on the possession and nonprofit distribution of marijuana.

“Neither the marijuana user nor the drug itself can be said to constitute a danger to public safety,” concluded the commission, led by then-Governor Raymond Shafer of Pennsylvania.  President Nixon and Congress ignored the report. Since then, more than 14 million Americans have been arrested on marijuana charges and marijuana has remained listed as a Schedule I substance—actually treated by federal law as more dangerous than cocaine and methamphetamine.

Here in California, enforcement costs for marijuana offenses had become so high by 1975 that the legislature decriminalized possession of small quantities in the Moscone Act, saving the state $100 million each year. In 1990, the California Research Advisory Panel urged further decriminalization, noting “an objective consideration of marijuana shows that it is responsible for less damage to society and the individual than are alcohol and cigarettes.” By 1996, the medicinal benefits of marijuana had been well documented and California voters legalized the medical use of marijuana by passing Proposition 215. With New Jersey ratifying medical use earlier this year, there are now 14 states that support medical marijuana.

Despite this nationwide shift, the costs of modern prohibition continue with more than 61,000 Californians arrested for misdemeanor marijuana possession in 2008 alone. That same year, about 60,000 violent crimes went unsolved statewide, yet we continue to spend hundreds of millions of dollars and countless law enforcement hours arresting people for low-level marijuana crimes, further overburdening courts and prisons. Jail beds devoted to marijuana offenders could be “used for other criminals who are now being released early because of a lack of jail space,” the state Legislative Analyst’s Office wrote.

Black-market marijuana is also a main source of revenue for the vast criminal enterprises that threaten peace on our streets and weaken national security on our borders. According to the White House Office of National Drug Control Policy, the Mexican drug cartels get more than 60 percent of their revenue from selling marijuana in the United States.

The simple reality is that resources tied up fighting marijuana would be better spent solving and preventing violent felonies and other major crimes.

When U.S. Attorney General Eric Holder announced last year that the federal government would end raids on marijuana dispensaries in California and other states with medical marijuana laws, it was a clear sign the tide was turning.  Fact regarding marijuana is finally overcoming fiction.

There may be disagreements about what direction to take but it is clear to everyone involved our current approach is not working. Regulation allows common-sense controls and takes the marijuana industry out of the hands of unregulated criminals.

As a member of the State Assembly, I believe we must acknowledge reality and bring innovative solutions to the issue of marijuana, not simply wait passively for the federal government to act. This is how change happens. Californians lead rather than follow, and we can set an example for the nation as we did on medical marijuana by passing the Regulate, Control and Tax Cannabis Act of 2010 in November.