A conflict between a popular taqueria and neighboring residents escalated to the San Luis Obispo City Council, which will decide on Oct. 22 how late the restaurant can stay open.

Taqueria Santa Cruz, a business at The Mix at Monterey, a development near downtown, wants permission to stay open until 11 p.m. each day. Currently, no restaurant in the complex is open past 9 p.m. 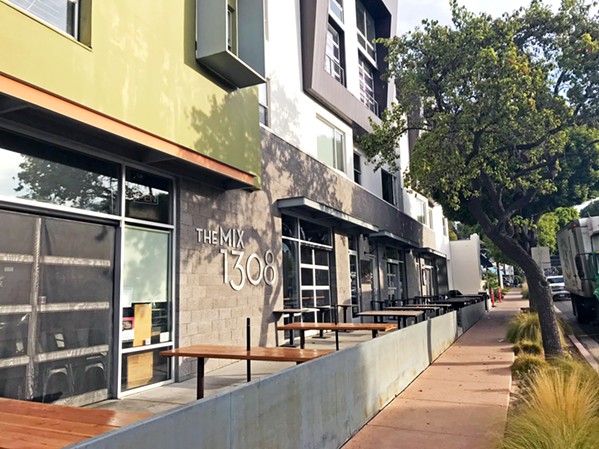 But residents in the five apartment units above the restaurant are opposed to that, saying it's already caused disruptive nighttime noise that's resulted in repeated violations of SLO's noise ordinance.

"For years, this particular restaurant's exterior activities at late hours have had a severe negative impact on the quality of life and property values of the mixed-used residents," wrote neighbor Mark Henry in statements to the city. "That must not be allowed to continue."

In May, Henry filed an appeal of a SLO hearing officer's decision to allow the restaurant to increase its hours to 10 p.m. At Henry's appeal hearing, the Planning Commission voted to cut the hours back to 9 p.m., to avoid excessive noise past 10 p.m.

Hernandez said capturing nighttime business, which is largely driven by Cal Poly students, is "very important" to the restaurant.

"We lost money to closing early," he said. "A lot of people need our service late."

Hernandez said the taqueria used to be open until 11 p.m. But noise issues—including noise from a rooftop exhaust fan—led to at least two citations from the city.

Henry wrote that a 9 p.m. closing time is the only way to ensure legal noise levels beyond 10 p.m. City officials agree, recommending the City Council deny the restaurant's appeal.

"Noise from restaurant activities does not cease at closing time," Henry stated. "After closing, noise continues: lingering customers; car doors slamming in the parking area; ... loud conversations ... trash containers being dragged across the asphalt. ... This can only be avoided by a strict policy of a 9 p.m. closing time for all restaurants on this or any other mixed-use project." Δ