Californians are ponying up to keep a Pozo ranch intact 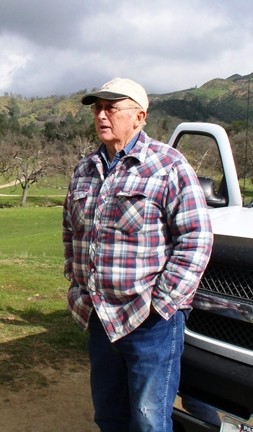 And Nick and three generations of his family gave up—forever—the right to subdivide and build houses on their picturesque 1,300-acre ranch in the Pozo hinterlands.

In exchange, they received a pile of cool cash—a grant of $2.37 million from the California Wildlife Conservation Board, aimed at protecting the ranch’s rich wildlife habitat. That money came from a dwindling pot set up under Proposition 84, a bond issue approved by California voters during headier economic times six years ago.

“We can’t buy it all. There aren’t that many tax-financed or bond-financed projects we can do, so they have to be the best of the best, like Nick Ranch,” said Bob Hill, executive director of the Land Conservancy of SLO County, who helped arrange the deal.

Taxpayers are getting plenty of bang for their buck, Hill believes, including permanent protection for the ranch’s many resources: the Salinas River headwaters, heritage oak trees, habitat for local wildlife including bears and mountain lions, healthy grasslands, and innovative agriculture.

Some of the funding is going for a solar-powered well and pumping system that will replace a diesel generator and provide more places for both the cattle and the abundant wildlife to get a drink. Special motion-sensor cameras installed at water sources on the ranch show regular visits by plenty of animals.

“Look at these photos,” Nick said to a visitor at the ranch on a recent weekend. “You can see bears, bobcats, deer, raccoons, all kinds of wildlife.”

One photo showed bear cubs and their mother having a drink. In another, bobcat kittens lap up their fill. One night-time shot depicts a raccoon standing up to a big buck. The family’s favorite? A daytime picture of bears swimming in a large round water trough.

The Nick Ranch’s location adjacent to the Los Padres National Forest, the Machesna Mountain Wilderness, and the vast Avenales Ranch makes it a perfect spot for local wildlife.

“To us, the most important thing is that it stays as a large-acreage property,” Dave Means, assistant executive director of the state Wildlife Conservation Board, said in a phone interview from his Sacramento office.

“We make sure it’s never subdivided into 10-acre housing lots. Just having homes in wildlife habitat can be problematic when there are bears and mountain lions,” Means said.

As the family—Fred, his wife Donna, sons Norman and Wayne, and daughter Juanell Nick Hepburn—gathered in the shade of a towering blue oak on the back patio on a recent morning, Hepburn, said, “The grant helps keep the ranch in one piece. It’s up to us to make a living here so we can stay here. That’s the tricky part.”

One way they’re doing that is by raising and selling organically grown, grass-fed beef, already a hit among local consumers who enjoy its extra nutrition and healthy taste.

“It’s a lot of work to raise grass-fed beef cattle. You can’t just open the gate and forget them,” Nick said, as his two black-and-white cattle dogs nuzzled his hands.

For one thing, there’s compost tea to be concocted. The Nicks make their own compost from cow manure, wood chips, and an assortment of other plant materials from the ranch. And the compost tea, made in two specially constructed tanks, has to be just right for optimum pasture growth. That’s why Nick spends a lot of time peering at the liquid under a microscope when the tea is brewing, looking for fungal microbes and “good” nematodes.

It’s been “a lot of trial and error,” he said, to learn how to make compost tea with a good balance of microbes for mineralizing the soil and encouraging lush grass without using any chemicals.

“There wasn’t anybody doing it. We had to learn as we went along. There’s no one else who’s spraying compost tea on a dry-farmed cattle ranch. But in order to get flavor and nutrition in the cattle, you have to have nutrition in the soil,” he said.

Then there’s the cattle’s genetics to consider. The Nick family imported cattle from New Zealand and Australia, places with a long history of grass-fed livestock, to breed with their own line. Their animals are shorter and mature faster than traditional grain-fed varieties.

Constant rotation among the various pastures, plus access to plenty of water, keeps the cattle happy on the drought-prone ranch, where crippling droughts in historic times drove out the homesteaders.

“Our cattle are happy to see you. They don’t run off,” Nick said.

“I’ve lived here 150 years, and the cattle business has changed a lot. When I was a kid you chased them with horses. There was a lot of stress.

“Now I just drive up to the gate and honk the horn, and the cattle move themselves. It’s a slow pace, with no stress.”

The ranchers test the animals with ultrasound as they reach harvest size, to make sure there’s enough of the “good” inner muscular fat, known as marbling, for tender, flavorful steaks and sausages with better nutritional qualities than traditional grain-fed meat.

Their innovative approach and niche marketing could serve as a model for other ranching families, according to the Land Conservancy’s Hill.

Still, giving up their development rights was “a hard decision,” according to Nick, who said with the ranch’s many legal parcels, the family could have made “a helluva lot of money.”

“It was a family decision because it affects all of our kids and grandkids and offspring after that,” Hepburn said. “This is a forever deal. Development is coming this direction. And the thought of everything being turned into cement and asphalt and parking lots—we had to take a stand.”

Nick noted, “The net money we got wasn’t much. But this place will always be here. This will always be pretty much like it is. And the bears will have a place to swim whenever they want.”