Ted Bundy: Falling for a Killer 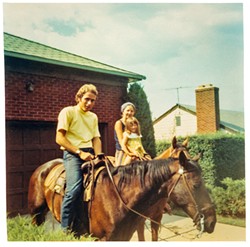 Ted Bundy documentaries are ubiquitous and mostly focused on the reprehensible, albeit charismatic and endlessly fascinating, serial killer himself. But in this new five-part series directed by Trish Woods and co-written by Richard O'Regan and Carolyn Saunders, Bundy takes a backseat to the women in his life—his longtime girlfriend, Elizabeth Kendall, and her daughter, Molly, as well as survivors of his attacks and the close friends of Bundy's many victims. It's a refreshing new point of view on a thoroughly examined horror.

Much of the film is focused on "Liz" Kendall, the shy, divorced Mormon girl who moved with her toddler daughter to Seattle and began working at the university. One night she met a handsome young man named Ted in a bar, and he asked her to dance, and soon they were boyfriend and girlfriend. Kendall's personal photographs of the time depict a Bundy we might never expect—kind, thoughtful, entertaining, and a wonderful father figure to Kendall's young daughter, who worshiped Bundy.

The miniseries tries to explain the unexplainable. How could a bright, sweet young mother fall for this monster? How could she not have known? Kendall offers all the insight she can muster in this engrossing series that I gobbled up in one nearly four-hour sitting. (five 45-min. episodes). Δ