In a short-term fix to maintain recreation services, the Templeton Community Services District board recently voted to move money from other funds into its Parks and Recreation Department budget. 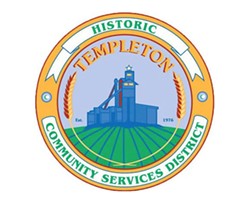 The department took a financial hit as programs and services were shuttered due to COVID-19. The lack of revenue coming in from youth sports and rental fees was leading the department toward a roughly $250,600 deficit.

During its meeting on Aug. 4, the board moved take about $71,000 from solid waste and $11,000 from the intern position to offset the revenue loss, as well as to defer for a year setting aside $70,219 in department operating funds for asset replacement. The district anticipates generating $90,000 from alternate programming—half- or full-day camps, skate and scooter camp, and two separate soccer camps. The board also reduced some employment benefits by $25,000, totalling approximately $250,000, which will take the Parks and Recreation Department out of the impending deficit.

However, the district board couldn't agree on board member Pamela Jardini's motion to take long-term budget discussions and potential resolutions to the parks and recreation committee in September rather than next year.