Attorneys for a local waste management business owner made their argument as to why a state appeals court should uphold the $1.1 million verdict against a local news website for libeling him in a 2012 article.

Lawyers for Charles Tenborg filed their response to a legal appeal of a libel verdict filed by CalCaostNews in California's 2nd District Court of Appeals. The response argues that a SLO County jury was correct in its finding that the site's reporters and cofounders, Karen Velie and Daniel Blackburn, made defamatory statements in the article. After a March 2017 civil trial, the jury levied a total of $1.1 million in damages against CalCoastNews, Velie, and Blackburn. 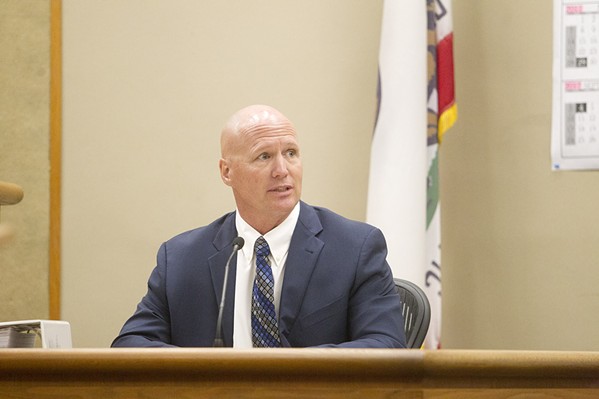 "[The] defendants deliberately published horrible falsehoods about Tenborg, even after being told they were untrue, in an article they made as harsh and accusatory as possible to hide its lack of substance," wrote Michael Von Loewenfeldt, an attorney with the San Francisco-based law firm of Kerr & Wagstaffe LLP.

CalCoastNews filed its own arguments in favor of appeal in February. The appellate brief argued that Blackburn was only responsible for writing a portion of the article that didn't contain any of the statements about Tenborg that the jury found defamatory. It also asked the court to throw out the $1.1 million in damages, claiming that the trial court gave jurors erroneous and prejudicial instructions.

The response from Tenborg's attorney pushed back on both of those arguments, saying that there was ample evidence to show that Blackburn and Velie were both responsible for the defamatory article, and that there was no error in the instructions to the jury. It stated that even CalCoastNews agreed to and stipulated some of the jury instructions that it claims were erroneous in its appeal.

In his brief, Loewenfeldt said that Tenborg incurred "substantial expense," waiting through several years of "delaying tactics," and asked the appellate court to uphold the jury's verdict.

"The time has come for a final public vindication of Mr. Tenborg's reputation," Loewenfeldt wrote.

CalCoastNews, which is being represented by Los Angeles-based attorney Paul J. Beard II, has until July 30 to file a reply to the brief. Δ