Testing positive: A local nonprofit looks for funding to get the word out--youth HIV cases are on the rise

When David Kilburn moved to San Luis Obispo, he was preparing to die. A positive HIV test was a death sentence in 1985, and the Central Coast seemed like a nice place to spend his last days.

As it turned out, however, those days were not his last. Medical breakthroughs enabled him and hundreds of thousands of Americans to survive the early AIDS crisis, and Kilburn dedicated his life to halting its local spread through the Access Support Network (ASN), formerly the AIDS Support Network. 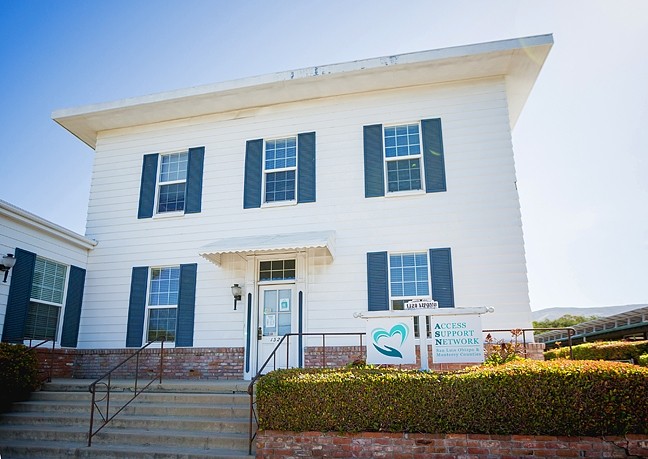 But after more than two decades of HIV work, Kilburn’s now fighting a new and unfamiliar battle. The perceived reduced threat of HIV and a severe lack of funding for HIV programs may have allowed the incurable disease to take hold in a demographic that was previously rarely affected in SLO County: young gay and bisexual men. And in a community with virtually no funding for HIV prevention, halting the trend could be an uphill battle.

“It’s really scary to see this happening in San Luis,” Kilburn, now the executive director of ASN, said. “We’re trying to find ways to reach this population and show the urgency of prevention, and I don’t know why it’s not resonating.”

For three decades, ASN, the county’s only HIV/AIDS service provider, has primarily served clients in their 30s and 40s, but lately, young men between 18 and 30 years old have been coming in at an alarming rate. More than a third of ASN’s new HIV-positive clients in the last two years—22 out of 58—have been in that age range and are primarily men who have sex with men.

By comparison, county data shows that from 1983 to 2013 youth between 13 and 29 made up only a little more than 10 percent of new HIV or AIDS diagnoses in the county.

ASN’s numbers only account for those who have sought out the organization’s HIV services and thus may not include all new local HIV diagnoses. County Public Health Services is still compiling its data from the last two years, but SLO County epidemiologist Ann McDowell confirmed there has been a spike in cases involving young men who have sex with men.

However, because there are relatively few new HIV cases in the community each year, any change in the numbers is considered statistically unstable, making it difficult to draw conclusions.

“We don’t consider it statistically significant, but in terms of the human cost, it is of course terribly significant,” McDowell said.

In addition to cases known by the county, there may be additional undiagnosed cases, since the Centers for Disease Control and Prevention estimate that almost 13 percent of HIV-positive individuals are unaware of their infection—and that number is significantly higher among young people. A 2011 CDC study found that nationally, only 49 percent of HIV-positive gay and bisexual men between 18 and 24 knew they had contracted the virus.

The local increase follows a national trend, as HIV infections among young men who have sex with men have been growing for years, even as the overall infection rate has decreased. Between 2002 and 2011, the latest year for which national data is available, the number of new diagnoses among gay and bisexual men in the 13 to 24 age group grew by 132 percent, according to a study published in the Journal of the American Medical Association.

But to ASN, that group had never been of special concern in the county.

“We never saw this demographic before, so our prevention messages were never targeted to the young community. In the epidemiological profile, it was never there,” Kilburn said. “Well, now it is.”

As for why the spike is happening now, Kilburn pointed to 2009, when the California Legislature, in the midst of a major budget crisis, eliminated all state funding for HIV prevention and testing. The California Office of AIDS allocated the remaining funding—$12 million from the CDC, a fifth of the previous year’s budget—to high-burden health departments, meaning SLO County was left with no prevention funding at all.

Prevention spending has always been overshadowed by treatment spending on both federal and state levels, but California’s steps were drastic for a state with a comparatively large population of HIV-positive individuals.

For ASN, the cuts meant eliminating mobile testing vans, having to turn to local donors to continue providing free HIV tests, and running prevention programs on a shoestring budget with volunteers in positions that would normally require paid staff positions.

“The alarming numbers in San Luis for this younger population may be directly related to that loss in funding,” Kilburn said. “We don’t have the money to deliver the prevention message.”

Derek Sisting volunteered at ASN through the budget cuts, working with an outreach program called Fusion aimed at the local gay community. When the money disappeared, he said, ASN was forced to get together with other local organizations, such as the Cal Poly Pride Center, to rethink its prevention strategy.

“We were able to hobble Fusion along as a completely defunded volunteer-only program,” said Sisting, now an HIV testing counselor and hepatitis C health educator at ASN. “We were doing a lot of work on pennies.”

The Fusion program ended about a year ago as its network-building educational approach was no longer deemed effective. Instead, ASN’s prevention efforts became more focused on pre-exposure prophylaxis, a daily preventative medication that has proven up to 99 percent effective in protecting at-risk individuals from contracting HIV.

“There is no dedicated HIV prevention in this community. That’s what the budget cuts eliminated,” Kilburn said. “We are still providing services for people with AIDS, but we’re not reaching the people at risk.”

And if ASN doesn’t have money to spend on prevention, no one in the county does. The Public Health Services AIDS program was another casualty when California slashed its HIV/AIDS budget, eliminating nearly all of its services.

“There were serial budget cuts, year after year after year, until all funding was gone,” McDowell, with county public health, said. “We’re down to the bare bones.”

Those bare bones consist of an AIDS surveillance coordinator funded by HIV grants and free HIV testing at SLO County Public Health for a few hours each week. But for prevention and care, the county is forced to rely completely on ASN.

“We don’t have the funding to do anything,” McDowell said. “Without any ability to do any prevention or education, it would be hard to coordinate a response.”

In addition to scarce funding, there may be generational reasons that explain why prevention messages fail to resonate with younger men in the community.

Over the past 30 years, HIV has gone from a vicious killer to a treatable—albeit still incurable—illness, and according to Kilburn, youth who weren’t born during the early days of the pandemic may not realize the gravity of the situation. Skin lesions and other very visible symptoms commonly associated with AIDS aren’t seen quite as often, and that may create the false impression that the virus is no longer dangerous.

“When I got my diagnosis in ’85, everyone was dying,” Kilburn said. “Once you tested positive, you prepared to die and started making arrangements. But with this younger generation, there’s just no sense of urgency or fear.”

That is, until they become infected. The majority of the young HIV-positive clients at ASN are absolutely shocked, Kilburn said, and the stigma surrounding HIV and AIDS means the diagnosis can be hard to handle.

“It’s a difficult thing to share if you’re young or sexually active,” Kilburn said. “The biggest thing I hear from people is, ‘I’ll never be able to be with anybody again.’”

Thanks to the preventative medication, which was approved by the Food and Drug Administration in 2012, ASN is now able to ease the intimacy-related worries. Learning to live with HIV is, however, still a big adjustment.

Although studies show that newly diagnosed individuals in North America who get treatment to suppress their viral load are expected to have a roughly normal lifespan, keeping HIV in check is a life commitment. It increases your risk for certain other conditions, requires strict adherence to a medication regime, and every drug comes with side effects, which is something that a lot of people tend to forget, according to Sisting.

“People just think of the HIV virus and how that’s manageable, but there are so many other damages it can do to your body,” he said. “It can increase your cancer risk, for example. There’s a laundry list of associated conditions.”

For those young people who engage in risky sexual behavior, the advent of social media has made it easier than ever to do so. In working with high school kids, Sisting said he has noticed the explosion of phone apps like Grindr that are designed purely for finding hookups.

“I remember having to memorize someone’s landline and hope their mom wasn’t home. With social media, people can just go ‘I’m 1 mile away, let’s do this,’” he said. “It’s really crazy how easy it is to find sex.”

According to McDowell, Public Health Services is noting a similar trend among newly diagnosed young men.

“Our AIDS surveillance coordinator has noticed that more and more young people are using social media apps to hook up with strangers for sex, which can put them at a greater risk for contracting HIV,” she said.

In order to stop the spread in the community, Kilburn said everyone has a part to play. The first step is getting tested regularly: The CDC recommends that those who are occasionally exposed to HIV risks get tested at least once a year, while high-risk groups such as sexually active gay or bisexual men may benefit from testing every three to six months. Those at risk of contracting HIV can stay safe between tests through condom use or with preventative medication, which is covered by most private health care plans and Medi-Cal.

For those who have tested positive, it’s vital to get treatment for being virally suppressed, meaning there is a very low level of HIV in the blood. This helps ensure the health of the infected person and greatly lowers the risk of transmitting the virus to others. The CDC estimated that in 2011, only 30 percent of the 1.2 million Americans living with HIV are virally suppressed, and the numbers were even lower for young adults.

A good way of normalizing these prevention methods is to talk about them in everyday life, Sisting said.

“As you’re leaving a bar, you could ask your friends, ‘Are you good? Do you need a condom?’ It could be something as small as that, or bringing up in conversation that you got an HIV test,” Sisting said.

Finally, once the new numbers make it into the county’s official statistics, Kilburn hopes for some more funding from the state to fight the spread of the infection.

“We’ll plead with the state to show that this is happening, but that will take time,” Kilburn said. “In the meantime it’s our duty to let the community know that this is going on, because until people perceive that there’s a risk, they won’t act.”

Intern Anna Hoernell can be reached via Editor Camillia Lanham at clanham@newtimesslo.com.