What passes for country music these days can be a real head scratcher. Sometimes it sounds like straight-up pop, complete with synthesizers, drum machines, and Auto-Tune. Other times it's more rock 'n' roll posturing. If you're wondering if there are any real country singers left, check out Josh Ward, who plays a Numbskull and Good Medicine Presents show at The Siren this Saturday, Feb. 9 (8 p.m.; 21-and-older; $20 presale at Boo Boo's and ticketfly.com or $25 at the door). 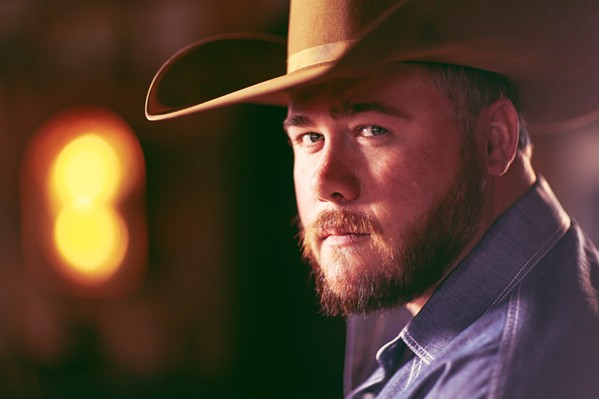 This old-school Texas troubadour is a rising star in his home state, with nine consecutive regional No. 1 hit singles, but he's had more than 2 million YouTube views and more than 3 million Spotify streams. He averages 200 concerts a year, and his current tour will take him throughout the U.S. and into Mexico.

According to his bio, he had a drifter's adolescence, competed in rodeo, and worked the Texas oil fields before he got into the music business.

He's "country music blood to bone," his bio claims, and his music backs it up. His is a classic country sound, and he's become just as popular on the West Coast as he is throughout Texas, the Midwest, and Red Dirt country. After a California tour with Cody Johnson, he found an immediate fan base.

"When we went back to the West Coast by ourselves, it was sold-out shows. I was literally blown away," Ward said in press materials. "Words can't describe the emotion that gets put into these runs and the work that we do. And these people pay their hard-earned money to see it every night. Thank you. Every time I step on stage, you guys remind me that I have more than I deserve."

Ward and his band are currently touring in support of his fourth studio album, appropriately named More Than I Deserve.

Numbskull and Good Medicine are also bringing Righteous & The Wicked—Red Hot Chili Peppers Tribute to The Siren on Friday, Feb. 8 (8 p.m.; 21-and-older; $10 presale at Boo Boo's and ticketfly.com or $12 at the door). Expect to hear hits spanning the Peppers' entire catalogue, from "Higher Ground" off of Mother's Milk to "Give It Away" from Blood Sugar Sex Magik and beyond.

Also at The Siren, blues, rock, and Americana guitarist Albert Cummings plays on Sunday, Feb. 10 (7 p.m.; 21-and-older; $15 presale at Boo Boo's and ticketfly.com or $17 at the door). Cummings has recorded under Blind Pig Records and played alongside B.B. King, Johnny Winter, and Buddy Guy.

Next Thursday, Feb. 14, The Siren presents a Valentine's Day spectacular featuring Cabaret Menagerie and BiG SuRCuS (doors at 6:30 p.m.; 21-and-older; $20 presale at Boo Boo's and ticketfly.com or $25 at the door). The performers are "a musical, magical, variety show for Lovers and Loners." The Siren requests that you "dress to impress in vintage/cocktail attire as we step back in time to an era of glamour and elegance!"

Jamming rock quartet ALO released their ninth and most recent studio album, Tangle of Time, on Jack Johnson's label, Brushfire Records, back in 2015, which means they're about due for a new one. Maybe they'll have some new material when they play the SLO Brew Rock Event Center on Wednesday, Feb. 13 (7 p.m.; 18-and-older; $20 at Boo Boo's and slobrew.com), with frenetic string band Horseshoes & Hand Grenades opening.

ALO is a band that's come a long way! Its continuing members—childhood friends Dan Lebowitz (guitar/vocals), Steve Adams (bass/vocals), and Zach Gill (keys/vocals)—originally formed a band they called Django in 1989 as junior high students. They moved to Santa Barbara together for college and when they returned home, David Brogan (drums/vocals) joined the band.

In 1998, the core four members became a nine-piece ensemble with a five-piece horn section with UC Santa Barbara Jazz Band Director Jon Nathan on drums, calling themselves the Animal Liberation Orchestra & The Free Range Horns. They were huge in Santa Barbara and beyond, and after graduation, some membership came and went as the size and direction of the band ebbed and flowed, before solidifying into the current lineup and signing with Brushfire Records.

"More than previous releases, Tangle Of Time really taps into what makes ALO unique," the band said in press materials. "It's that special blend of classic songwriting and the ability to stretch out jams and distill dance floor grooves. It's heartfelt lyrics that make you smile, reflect, and just want to sing along either way. It's four great musicians who all write and sing. And four friends who've been through a lot together and still support, challenge, and inspire one another."

One more for Bob

If you didn't get enough Bob Marley birthday celebrations last week, Fremont Theater has your back when Groundation plays its Bob Marley Tribute Show on Saturday, Feb. 9 (9 p.m.; 16-and-older; $24.96 at Boo Boo Records or fremontslo.com), with Thrive opening. Groundation formed in 1998, had a good, long run, then took a hiatus in 2015, returning last year with renewed energy, new members, and new music with their patented reggae/jazz sound. Harrison Stafford, founding member, lead singer, and guitarist, continues to lead the ensemble. 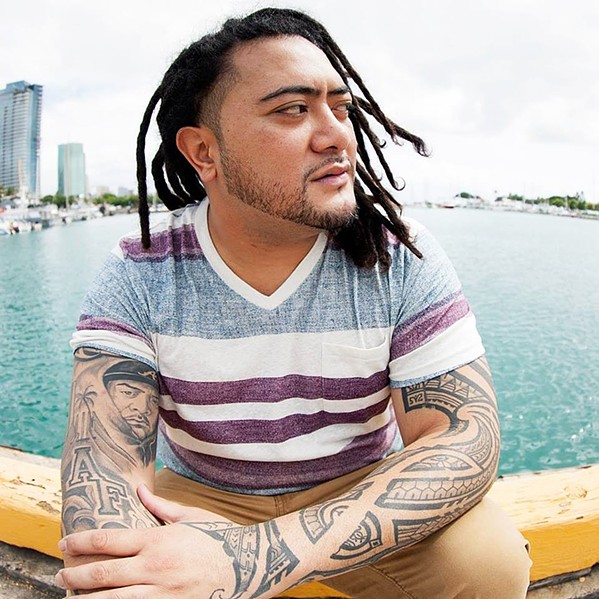 If you've never heard a concert in Mission San Luis Obispo de Tolosa, now's the time when Cal Poly presents its free Night at the Mission chamber concert Friday, Feb. 8 (8 p.m.; all ages; free). The evening features performances by a chamber wind ensemble, woodwind quintet, saxophone quartets, a large clarinet ensemble, and a brass choir. The acoustics are remarkable. Did I mention it's free? 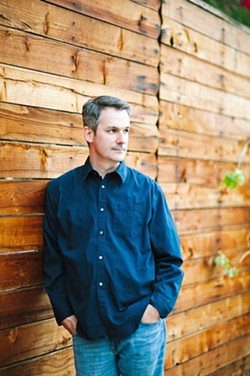 Halfway House Music, a collective of performers, plays Sweet Springs Saloon on Saturday, Feb. 9 (9 p.m. to midnight; 21-and-older; free). Devin Welsh, James Rivers, Geo Gabriele, Dante Marsh, and organizer Jeremy Best will appear. "Halfway House Music is all about local music here on the Central Coast," Best explained. "Some friends and I wanted to support local music, so we began recording live video sessions with local bands and promoting them. I've recorded a few artist so far and am currently working on a website to post videos and bios of local artists. This is all done for free." Cool idea! Check it out, music fans!

The SLO Wind Orchestra presents a concert of traditional and contemporary chamber music on Sunday, Feb. 10, in Los Osos' Trinity United Methodist Church (3 p.m.; all ages; free; slowinds.org). "We are delighted to be able to sponsor this free concert to the public and especially the assisted living community," said Jen Bittick, executive director of SLO Wind Orchestra. "We are providing a bus for our assisted living patrons." 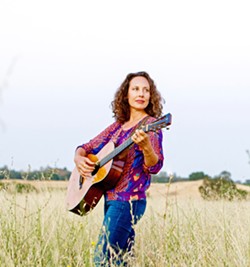 Local surf and psychedelic guitar guru Merrell Fankhauser has struck again with Eklectia, a new compilation double CD of music from bands who believe their music has been influenced by extraterrestrials.

"They chose my song 'Calling From A Star,' with a longer spacey intro, as the lead song on disc one," Fankhauser said. "The [album] cover is a parody of The Beatles' Sgt. Peppers cover. I'm in the upper left corner under Neil Young."

In addition to the music, the CD set features interviews with the musicians about UFOs. According to Fankhauser, the double album is getting worldwide radio play and is available directly by emailing info@theetnewsroom.com or on Amazon.

Jon Scott, author of Tom Petty and Me: My Rock 'n' Roll Adventures with Tom Petty, will sign copies of his book this Saturday, Feb. 9, in Boo Boo Records (3 to 6 p.m.). You can learn more about the book and Scott's 40-year relationship with Petty at tompettyandme.com. Δ