Even though the New Times Music Awards is a competition, there won't be any losers at the SLO Brew Rock Event Center this Friday, Nov. 7 (doors at 6 p.m.; music at 7 p.m.; all ages; $15 general, $10 for students, free for veterans and active duty military at ticketweb.com). That's because every band competing for Best Live Performance has already won one of the five genre categories: Domestic Tiger in rock/alternative; Ynana Rose in country/folk/Americana; Danté Marsh in R&B/blues; Kody Balboa in hip-hop/rap; and The Bogeys in the open category.

Each one of these acts is worth the price of admission, and attendees will also see youth category winner Harmony Chabot perform. Plus, you'll be on hand when second and third place genre winners claim their prize, as well as first through third winners in the Best Album and Best Songwriter competitions. It's a great night to support your local live music scene!

Grab a copy of the 11th annual NTMAs CD, which features tracks by all the winners, and enjoy an amazing night of live music, great food and drink, and camaraderie! American General Media Program Director and on-air personality Suzanne Schonig will emcee the evening. Come hang out with the SLOhemians and local glitterati!

Local favorites Próxima Parada play the Rock on Saturday, Nov. 9 (7 p.m.; 18-and-older; $12 at slobrew.com). The quartet signed to NYC-based label AntiFragile and recently dropped a new album, Kind Reminder, which has garnered track placements on one of Spotify's most influential Soul/R&B playlists, "Soul 'n' the City." Check out their first single, "Musta Been A Ghost." They're touring up and down the California coast through November.

The Fremont Theater is hitting hard over the next week with four great nights of music, starting this Thursday, Nov. 7, with NYC indie pop act The Drums (doors at 8 p.m.; all ages; $27.31 at Boo Boo's and fremontslo.com), with Cowgirl Clue opening. The Drums are touring in support of their fifth album, Brutalism. Frontman Jonny Pierce looks at Brutalism as an extension of self-care.

"In order to take care of yourself, you have to ask questions. Those are the things I needed to confront. It's interesting talking about the past, dealing with things that are long overdue. I'm delivering something unsure and unclear," he said in press materials.

California Roots presents Kingston-based reggae act Alborosie and the Shengen Clan at the Fremont Theater on Saturday, Nov. 9 (8 p.m.; all ages; $27.31 at Boo Boo Records or fremontslo.com), with Arise Roots and Rastan opening. Roots, dancehall, and dub are on the menu!

Whitey Morgan brings his gritty guitar sound and even grittier voice to the Fremont next Thursday, Nov. 14 (8 p.m.; all ages; $33.17 general or $91.82 VIP at Boo Boo Records or fremontslo.com), with Alex Williams opening. If you like your honky-tonk whiskey soaked and raw as hell, check out Whitey Morgan.

Three at The Siren

Numbskull and Good Medicine Presents delivers a hat trick of musical goodness at Morro Bay's The Siren this week starting with Noah Gundersen on Friday, Nov. 8 (7 p.m.; 21-and-older; $20 presale at Boo Boo's and eventbrite.com or $25 at the door), who's touring in support of his new album, Lover.

This guy's new album is best described by the guy himself in his very own e.e. cummings all-lower-case way: "on valentines day, 2019, i was in bed with my girlfriend, in a hotel room in seattle, tripping on mushrooms. i was showing her bits and pieces of the album in its then unfinished form. at the time it was going to be called 'i hope you meet everything you fear.' i guess it still could be. but as i was hearing the songs outside of my own ego, i began to see a pattern. or more so a person. a boy. a boy who had tried really hard for a long time to fill a space in his heart. a boy who didn't know how to be alone, but regardless spent most of his time floating in his own head. a boy who really, really wanted to experience love—a majestic love, an epic love. and in the end, a boy who didn't have anything to prove anymore." 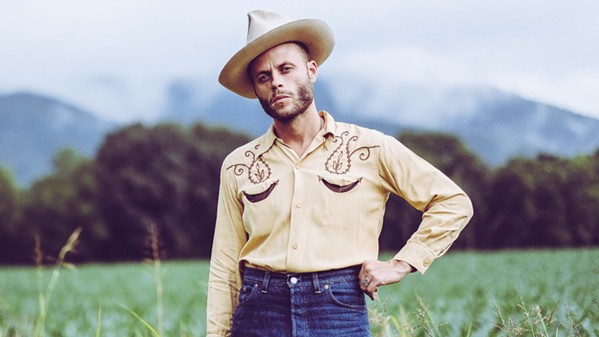 Everything about Charley Crockett, who plays on Tuesday, Nov. 12 (7 p.m.; 21-and-older; $15.50 at Boo Boo's and eventbrite.com or $20 at the door), is cool as hell, from the old-school way he dresses, to his classic AM country radio voice, to his amazing throwback songs and perfectly selected covers such as "Good Time Charley's Got the Blues." He's touring in support of The Valley, which came out on Sept. 20 of this year. The album "chronicles his hard upbringing on the south Texas border in San Benito and his single mom's move to Dallas, but it also distills the essence of Crockett's fierce and restless independence," according to press materials. I heard a couple of the tracks online and am buying the album on vinyl ASAP!

The second annual Pozo Saloon Old Time Music Gathering returns to the historic tavern on Saturday and Sunday, Nov. 9 and 10, to play traditional American music (jamming starts at 11:30 a.m. on the front porch, back porch, and all around the grounds; all ages; mostly free). Old timey musicians are invited to join in and jam! 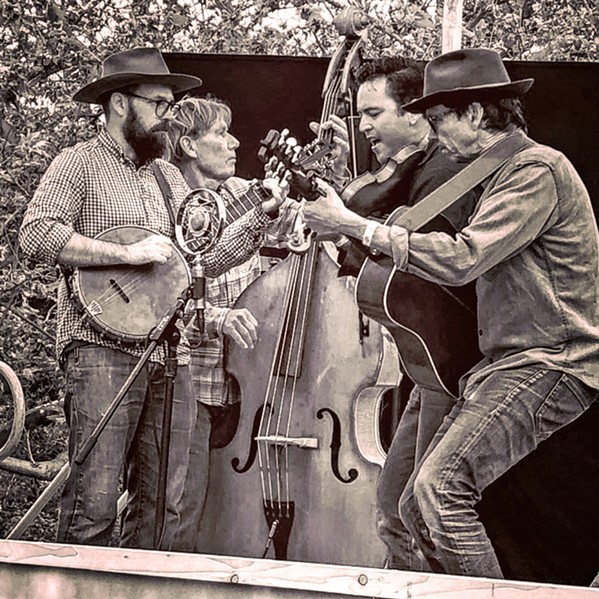 David Bragger and Susan Platz will offer a workshop on old-time fiddle duets with bowing. There will also be a workshop offered by the ladies of Old Time Machine. Donations for both workshops are welcome. On Saturday evening, check out the concert featuring The SLO County Stumblers and the Have More Fun Stringband (5:30 p.m.; all ages; $10 suggested donation). 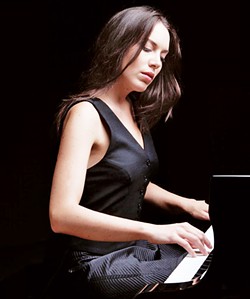 Dr. Andrew Peterson is the kind of guy who's always ready to help out someone in need. So when his friend, local guitar builder and musician Peter Yelda, discovered Dr. Peterson was struggling after his recent heart surgery, he leapt into action and enlisted Grammy Award winner Louie Ortega and guitarist and composer Jon Stephen to join him for an afternoon fundraising concert at SLO's Mount Carmel Lutheran Church on Sunday, Nov. 10 (3 to 5 p.m.; all ages; $20 suggested donation at the door). Dr. Peterson had insurance, but a recent flood took out his house and savings. Come on down and enjoy some great music and help out a great guy. You can also pick up a copy of Yelda's excellent new CD, All Along the Way, which features a bevy of our best local players and Yelda's beautiful songs and stunning guitar work.