The 49ers' Super Bowl loss ranks high in Bay Area sports collapses; I felt it at the epicenter

I'm one half-quarter away from an epic and triumphant celebration. My high fives are connecting with friends, our excitement and anticipation are mounting. I'm thinking about how fun and rewarding this season has been, how I'm so proud to be a lifelong San Francisco 49ers fan, how I was too young to even be conscious for our last Super Bowl title, how awesome it is that I'm in the city to experience this, and ... suddenly everything starts to go wrong.

They. Freaking. Blow. It.

Up 10 points on the Kansas City Chiefs in the middle of the fourth quarter of Super Bowl 54—with the ball—and it all unravels. 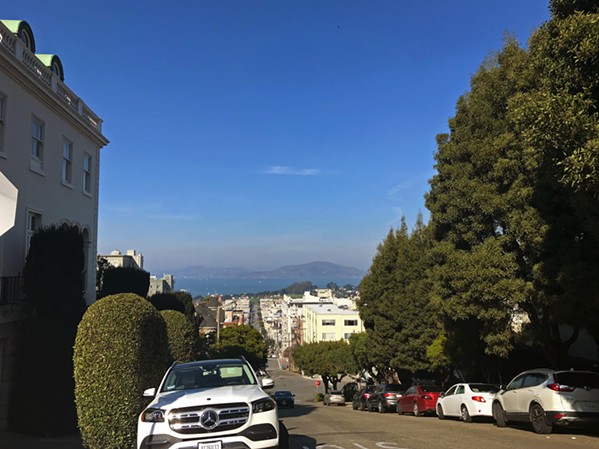 After punting away an empty possession, Chiefs quarterback Patrick Mahomes—who had been heroically contained to this point—airs a 44-yard bomb on 3rd and 15 to set up a Chiefs touchdown.

From there, it's all a blur. Before I even have time to finish the beer in my hand, the Chiefs are celebrating a 31-20 Super Bowl win and the 49ers players and coaches look utterly shellshocked—as do I.

Certain sports moments stick with you like scars on your psyche. ... The Golden State Warriors blowing a 3-1 series lead to the Cleveland Cavaliers in the 2016 NBA Finals. ... The San Francisco Giants losing the 2002 World Series after leading 5-0 in the seventh inning in what should have been the series-clinching Game 6.

But with the 49ers, it's worse. Both the Warriors and Giants went on storybook runs in the 2010s, rattling off a combined six championships in that decade. The Niners' last Super Bowl win, on the other hand, came in 1995 when I was barely 4. I don't remember that game, but I do remember the heartbreaking playoff losses that followed it in the late '90s and early '00s. And I certainly remember the 2012 Super Bowl when we came 7 yards short of topping the Baltimore Ravens.

So Sunday's late-game collapse was simply crushing. The game was ours, and we gave it away with poor play calls, missed open receivers, and inopportune lapses on defense. Like The Athletic's Tim Kawakami wrote, it was a total system failure.

Skipping the postgame hoopla, my friends and I roam the streets of the Mission District, trying not to talk about the game despite our team's costly mistakes screaming in the front of our minds. All of the air feels sucked out of the city. Dazed Niner jersey-wearing residents roam the sidewalks. Frustrated fans play terse games of billiards at dive bars.

Coming so close and losing sucks—you LA Dodgers fans here know exactly what I'm talking about. And that's not a rivalry dig, really. Every city in America has its own harrowing sports moments that haunt them. Like one Cleveland Browns fan in this office reminded me, at least the 49ers go to Super Bowls. Heartbreak is part and parcel to being a fan. It's part of why athletes compete. No pain, no gain, right? At the end of the day, if losing's bottomless pit of misery was not omnipresent, winning wouldn't mean much or be worth the effort to get there.

The next day, Monday, Feb. 3, San Francisco is licking its wounds. People wake up to face their workweeks. A melancholic togetherness courses through the city. After parting with my friends, I decide to ride a Lyft bike from the Richmond District to the Caltrain station—a west-to-east trip across the city—to take it in.

The Bay Area will add this game to its legend of crushing losses, I ponder on my ride, and derive motivation and meaning from it like we always do. We'll be back.

And to the fans in Kansas City who are celebrating their first Super Bowl title since 1969—triumphing over their own ghosts of the past—I humbly say congrats. Δ

Assistant Editor Peter Johnson is a die-hard Bay Area sports fan. Come at him at pjohnson@newtimesslo.com.