The battle is on

The race to represent District 2 on the San Luis Obispo County Board of Supervisors continues to heat up as the Nov. 7 election draws closer. Candidates Bruce Gibson and Rodger Anderson are vying for a seat in a district with a reputation for heavy fog, the Los Osos sewer debacle, and the Cayucos viewshed controversy. 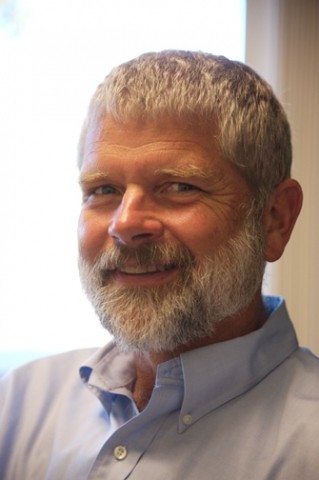 # This race is expected to attract unprecedented campaign spending before Election Day. During the primary alone, Gibson doled out more than $100,000, and Anderson spent approximately $130,000, according to the candidates.

Current District 2 Supervisor Shirley Bianchi is stepping down after 27 years of public service, and, along with the Sierra Club, is lending her support to Gibson.

Gibson, 53, is recognized for his views on land conservation and his pro-environment stance. He's currently serving on the SLO County Planning Commission as District 2's representative. He's worked as a seismic technique researcher for the oil exploration industry and currently tends his orange orchards in Cayucos.

Anderson, 56, has pushed for increased drug and alcohol services and beach-smoking prohibitions. He's a native of San Luis Obispo County and part owner of the Galley Restaurant in Morro Bay. He served on the Morro Bay City Council for eight years and as mayor for four years. Anderson is currently a member of the San Luis Obispo County Drug and Alcohol Advisory Board and the Morro Bay Harbor Board.

New Times asked each of these candidates where they stand on a variety of issues.

New Times: What should be done to alleviate the high price of housing?

Anderson: Make more efficient use of our housing space by increasing density and height limits in some places. Promote mixed use with retail below and residences above. That's efficiency.

Gibson: Attack on a bunch of different fronts. First, we need to protect what affordable housing we have. Defend our mobile home parks from conversion. Protect our remaining supply of low-cost housing. Second, get a housing ordinance to sell at a below-market rate to low-income residents. And third, implement our general plan so we develop wisely.

New Times: What decision of the current Board of Supervisors have you most strongly disagreed with?

Gibson: There are any number of 3-2 votes on land-use I have disagreed with. I disagreed with the processing of Dalidio's land application. I know it's been frustrating for Dalidio, but overturning the general plan was the wrong decision.

Anderson: I can't think of a single issue where the board has been blatantly wrong. But after yesterday's budget report, I was very disappointed they can't find more funding for libraries, mental health, and drug and alcohol services particularly a detox.

New Times: What decision of the current Board of Supervisors have you most strongly agreed with?

Anderson: Their support for bringing the Los Osos sewer project 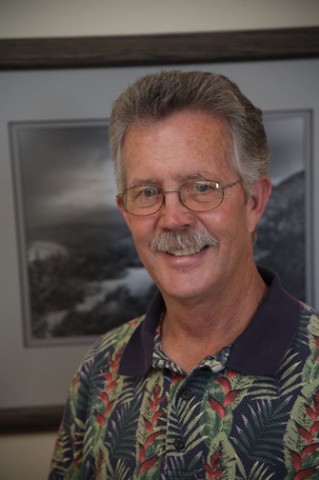 # back to the county, and the needle-exchange program. I lobbied [District 3 Supervisor] Jerry [Lenthall] so hard. It was so tough for him as a former cop to vote for that.

Gibson: The tobacco licensing was a smart move, and the need to increase park funding in the last budget cycle was a great move. Basically, I think they do a good job of managing the county's financial situation. The county is in excellent financial shape. Not every county can say that.

New Times: How should growth be channeled in the county?

Gibson: Clearly, growth needs to be accommodated near areas where growth can be supported, near urban areas. Try to implement programs that reduce development in our rural areas. That's basically smart growth in a nutshell. Protecting our rural areas protects our agriculture lands and our open spaces, the basis of our agricultural and tourism economy. We need to think very carefully on what we do with land that supports that. Get cities and the county to cooperate on a deeper level than they do now.

Anderson: I hear people in the same sentence say, 'We have to provide affordable housing, and we have to stop growth.' How do you do both of those things? Infill is most important, and, I repeat, more efficient use of property. I find it very frustrating that no new mobile home parks have been opened in more than 30 years, according to county staff. That is one of our most affordable forms of housing.

New Times: What are your plans for your district?

Anderson: One of the most important things for our county is to get a detox located in the county. Obviously, I would like to see the Los Osos sewer issue resolved during my term.

Gibson: Every community has slightly different needs. Cambria is working on supplemental water, road, and fire-safety issues the county can participate in. I think the biggest overarching issue in the district is to make sure county services are equitably distributed to the communities that need them.

New Times: What service is the most deserving of a budget increase at this time?

Gibson: Clearly, libraries have lagged in the growth of their budgets. I'm hoping that by working with the library director and Friends of the Library, we can come up with a new vision for libraries, that we can move some more funding there, because I believe they are such an important part of a civil society, a functioning community.

Anderson: Mental health and drug and alcohol services. If you can't get people back on track and mainstream, they can end up in prison.

New Times: Where do you stand on the viewshed controversy?

Anderson: I think the ordinance the property owners came up with is one they can live with. I think the board will pass it. I worked hard to get Highway 1 designated as a scenic highway, and we have to protect the highway corridor. When the ordinance came down, it wasn't about the Highway 1 corridor. All of a sudden, they added all the roads in 53 square miles, including dead-end streets. The ordinance in its original form would have required houses to be built so they could not be seen from any roadway. The landowners did not want to give up any more of their property rights.

New Times: Why should the residents of SLO County's District 2 vote for you?

Gibson: Over the course of more than 12 years in public service, I've worked hard to bring folks together to work on tough problems. In the land-conservation world, that amounts to taking people with quite diverse views and finding a consensus and moving forward. I look at this county it has a future rushing towards it. We've got a lot of pressure to develop a lot of human services, and environmental issues. Things are going to be changing in five, 10, 20 years. I believe I can bring people together to make good decisions on some tough issues, now, so we can choose our future instead of sitting around letting our future choose for us.

Anderson: I have a proven track record. I am a financial conservative. My record has demonstrated my problem-solving abilities. I have experience in all phases of government not just land-use. In all the years I've been involved in public service, I don't think anyone can accuse me of doing anything self-serving. I do my community service for the right reasons.

Karen Velie can be reached at kvelie@newtimesslo.com.