The bees and the bard 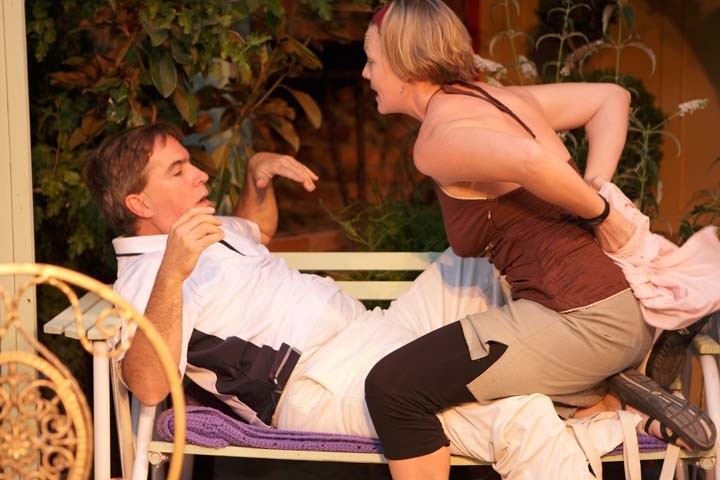 If there’s a lesson to be learned from playwright Charlotte Jones’ Humble Boy, it’s not to lean too heavily on Shakespeare. Though set in an English garden in a rural village, Humble Boy’s plot borrows liberally from Hamlet, and thematically from both Tom Stoppard and Alan Ayckbourn. Anet Carlin, who is directing a production of Humble Boy from her courtyard stage, the Brickyard Theatre, acknowledges that the play received rough treatment from critics when it was first performed in 2001. But she credits much of their dislike to the fact that the particular production beat the play’s none-too-subtle-metaphors black and blue. In her own handling of the play, which runs through Sept. 26, Carlin aims to handle the Shakespeare parallels and bee references with greater subtlety.

If the material is, perhaps, a bit forced, Carlin’s production achieves a casting feat rarely accomplished in local theaters; each actor is exactly suited to his or her role. The lead, David Norum who plays distracted astrophysicist Felix Humble, is a newcomer to the Brickyard Theatre. The character’s helpless boyishness comes so naturally to Norum that the fact of his acting falls away. In a combative environment the best defense that Felix can conjure is to clutch a honey pot filled with his father’s ashes and compare himself to Romanian orphans. Humble Boy is filled with unfortunate discoveries for Felix—the parentage of an ex-lover’s daughter, the fact of his mother’s infidelity to his now-deceased father—and his reaction is almost always to plunge himself into a cold, abstracted world of theorems and laws. Once or twice he manages to deliver a solid jab to his antagonist, his mother’s lover, the roguish George Pye, as when he mock-gallantly insists, “It troubles me—my mother being referred to, even affectionately, as a rabbit.” 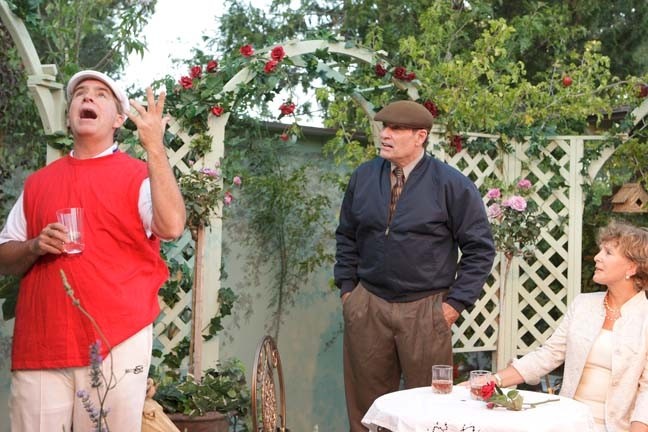 The mother in question—Flora Humble or Bunny, depending on who you ask—is a problematic figure. Played by still another Brickyard newcomer, Kathleen York, the matriarch is an icy tyrant who begins the play very little bothered by her husband’s death and concludes it having insulted every other character in the production. Ostensibly, the play is about Felix’s battle for his mother’s soul, but it doesn’t seem a worthy prize until perhaps the final five minutes. She is, however, a comic goldmine. “Black is too draining,” she whines, when her son critiques her colorful ensemble at her husband’s funeral. “Mercy’s not well; she’s hasn’t been well in years,” she insists, dismissing her long-suffering friend. She dismisses her husband and son’s interest in science, insisting that had she been born Marie Curie she would have used her bunsen burner to make crème brulee. And when her longtime lover gets frisky with her in the garden the English iceberg replies, “Don’t get ardent, George. It’s only half past 12.” Being English, York doesn’t even have the accent to contend with.

Flora’s friend and devotee, Mercy, is her match comically if not in strength or wit. Rosh Wright brings the character to hysterical life, also with the advantage of her own accent. But her humor springs from her character’s inability to recognize the hostility and cruelty inherent in her friends’ behavior. She happily chatters about the beautiful flowers in the Humbles’ garden, somehow fails to detect Flora’s insults, and manages a side-splitting emotional breakdown in the middle of Flora’s garden party gone sour. After weeping silently into her wine glass, unnoticed in the corner, she howls out, “It’s people like you who give people who live in the country a bad name!” She follows this up with a prayer that includes recriminations against her fellow dinner guests and God, before sinking her tiny figure to the table, exhausted by the unexpected emotional outpouring.

Then there are the Pyes, father and daughter George (Dwain Edwards) and Rosie (Britta Swearingen), both of whom assault Felix. George is a large, energetic figure lacking the Humbles’ intellectual veneer. As his daughter, Swearingen is charming and her attempted seduction of Felix is one of the more genuine sex scenes mounted on a local stage.

Rounding out the cast is the insignificant, but kind, gardener Jim, played by John Battalino. He turns out to be a bit more complicated than his casual demeanor suggests but Battalino’s own gentleness radiates through his character.

Overall the content lacks some indeterminate human quality, the very ingredient that made last year’s show of Picasso at the Lapin Agile such a moving theatrical experience. It may be that Jones was so preoccupied with her theories and metaphors that the play’s elaborate construction never went beyond the frame, and her attempt at a sweet wrap-up grasped wildly at the heartstrings, but failed to actually tug them. Like the English garden it is staged in, Humble Boy is comprised of layers, meaning that if the content falls flat, there’s always the acting to support it. ∆

Arts Editor Ashley Schwellenbach has two and a half layers, and one is filled with rum. Send honey to aschwellenbach@newtimesslo.com.