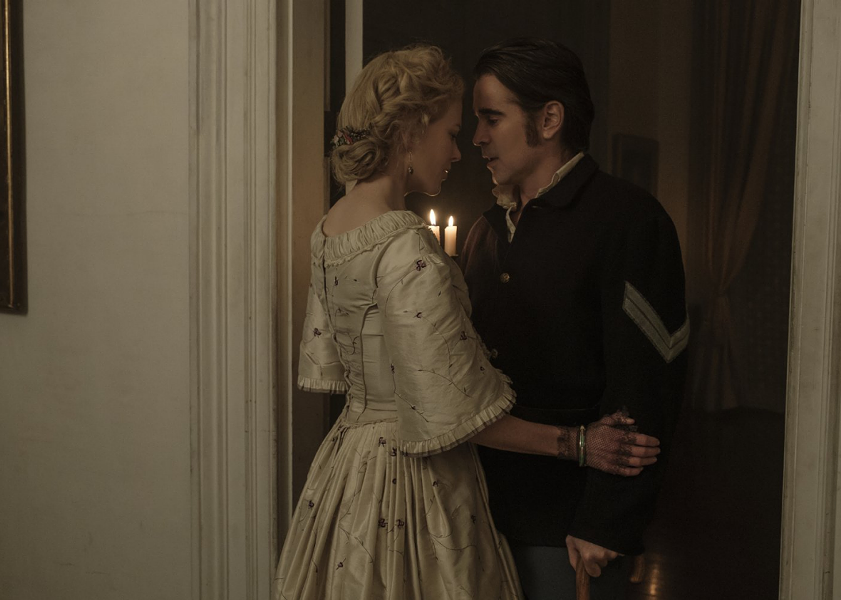 Writer-director Sofia Coppola (The Virgin Suicides, Lost in Translation, Marie Antoinette) helms this Civil War-era story about a wounded Union soldier named Cpl. John McBurney (Colin Farrell), who's taken in by head mistresses Miss Martha (Nicole Kidman) of a Virginia girls' school. However, after saving the enemy soldier, Miss Martha and her charges—Edwina (Kirsten Dunst), Alicia (Elle Fanning), Jane (Angourie Rice), Amy (Oona Laurence), and the other students—must confront sexual tensions, rivalries, and unexpected events. The film is based on Thomas Cullinan's novel as well as Albert Maltz and Irene Kamp's screenplay for the a 1971 Clint Eastwood film of the same name.

Without the cast's engaging performances, Coppola's Southern Gothic approach to direction, and her fine dialogue, the film might have bordered on boring, but instead it's an insightful look at female sexuality at a time of extreme patriarchy. It's definitely worth a look. (93 min.)