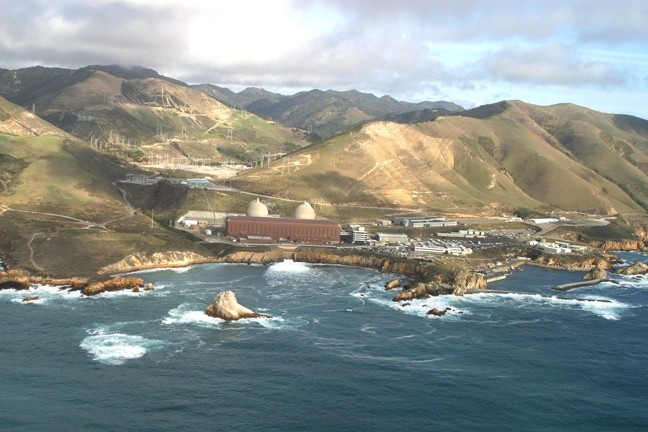 If you were to sit down and write out all of the issues Pacific Gas & Electric needs to address, you would end up with a laundry list of concurrent hurdles that even individually would be a tall order for the operator of the Diablo Canyon nuclear power plant.

On Feb. 19, the president of the California Public Utilities Commission, Michael Peevey, did just that, issuing a letter to PG&E that spells out exactly what the commission expects from the utility company before it would begin to consider shelling out ratepayer dollars.

The letter comes more than two years after the CPUC dismissed PG&E’s application to use $80 million in ratepayer funding to pay for its efforts to relicense the two units at Diablo Canyon. In his letter, Peevey details 11 issues that the CPUC would require PG&E to address before submitting a new application for ratepayer funding.

Among the issues is the holy trifecta—seismic vulnerability, once-through cooling, and spent-fuel storage—that tops the list of Diablo Canyon’s obstacles to achieving new 20-year licenses for each of the plant’s two reactors. In his letter, Peevey states “we need to ensure plant reliability, as well as thoroughly evaluate the overall economic and environmental costs and benefits of a license extension for Diablo Canyon, especially in light of the plant’s geographic location regarding seismic hazards and vulnerability assessments.”

Seismic issues continue to be the most significant sticking point for regulators as PG&E moves forward in its pursuit to keep Diablo Canyon operating for an additional 20 years beyond its existing license with the Nuclear Regulatory Commission.

PG&E is in the midst of compiling data from a number of seismic studies—a mix of onshore and offshore 2-D and 3-D studies, though high-energy 3-D studies were nixed by the California Coastal Commission in 2012 due to environmental concerns—and expects to have the data packaged and ready for the NRC by June, according to a recent filing with the Securities and Exchange Commission.

The largest unaddressed questions about Diablo Canyon’s seismic vulnerability remain the potential size of an earthquake generated by the Hosgri and (more recently discovered) Shoreline faults, and whether the plant can sustain such a jolt. The utility has previously low-balled the seismic hazard from those two faults, a move for which it has received extensive criticism from watchdogs, industry insiders, and now regulators. The California Energy Commission’s 2013 Integrated Energy Policy Report, which was released in January, notes that PG&E’s previous criteria for evaluating the potential hazard failed to provide an accurate measurement of how secure Diablo Canyon is to the biggest temblor the Hosgri and Shoreline faults may be able to produce.

“PG&E has already performed seismic probabilistic risk assessment but will need to update it to account for new, reevaluated ground motion levels that will be coming out of the SSHAC [Senior Seismic Hazard Analysis Committee] process,” that report recommends.

Simultaneously, PG&E is faced with upgrading its existing once-through cooling system to comply with regulations from the California Water Resources Control Board. The estimated costs for constructing new cooling towers range from $6 billion to $12 billion.

Peevey wrote that in order for any future applications for ratepayer funding to be considered, the CPUC would require the utility to further assess the potential costs of complying with those regulations.

Additionally, Diablo Canyon is faced with a mounting challenge regarding storage of spent fuel rods. Spent fuel at Diablo Canyon is stored in a combination of 23 dry casks and its spent-fuel pools, which currently sit well beyond their intended storage capacity. While PG&E has made progress in moving spent fuel rods from pools to its system of dry-storage casks, “the density in the spent fuel pools is still roughly four times the design capacity of the original spent fuel racks,” according to the energy commission’s report. In fact, the same report notes that one of the lessons learned from the Fukushima disaster in Japan was that the operators of that plant lost the ability to monitor water levels in the spent fuel pools, which opened the threat of exposed fuel rods leaking significant radiation.

In addition to requiring PG&E to find ways of quickly moving spent fuel from pools to dry casks, Peevey writes that the utility must also assess the cost of disposing of that fuel for an another 20 years—if it is relicensed by the NRC.

In total, Peevey outlined significantly more issues that PG&E will need to address than the seven issues he outlined in a similar letter sent in mid 2009. That letter came before the Fukushima disaster; it came before the new cooling requirements; indeed, at the time of its application with the CPUC, PG&E didn’t believe there was a need for a new seismic study, according to Peevey’s 2009 letter.

More recently, it seems the tone has changed.

“I would like to assure you that the safety at nuclear power plants in the state is of paramount concern to the CPUC,” Peevey wrote. “… This Commission would not be able to adequately and appropriately exercise its authority to fund and oversee [Diablo Canyon’s] license extension without these issues being fully developed.”

The expanded list of issues sitting before PG&E raises the question: How much has the price tag increased for ratepayers? Asked whether PG&E plans to submit a new request to the CPUC and how much the cost would increase beyond the original $80 million, spokesman Blair Jones said it’s too early to discuss.

“I cannot speculate, as any decisions regarding the license renewal process will wait until we complete the analysis of the advanced seismic studies and submit a report in 2014,” he said in an e-mail to New Times.

Jones added that PG&E is currently reviewing Peevey’s letter and will issue a response.

For now, watchdogs such as the Alliance for Nuclear Responsibility are happy to see further scrutiny from regulating agencies.

“The CPUC is showing prudent judgment in requiring a full cost assessment,” Rochelle Becker of the Alliance said in a press release. “Ratepayers need to see that any future investments in California’s last aging reactors are closely monitored and scrutinized.”