Feel like brushing up on your mechanical skills and falling in love with a classic American car? Then consider checking out the Cuesta Crankers, a local nonprofit organization inspired by the idea of “enjoying, restoring, preserving, and protecting the Ford Model A automobile.”

The Ford Model A was manufactured between 1927 and 1931, championed as an improved follow-up vehicle to the Ford Model T. The Cuesta Crankers club was founded in the 1960s—a branch of the Ford Model A Club of America—and today, 47 local members get together to work on 63 Model A’s, keeping all of them in mint condition. 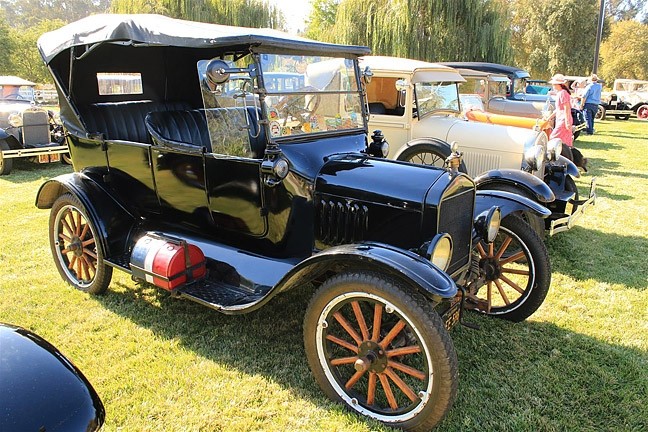 “We’ve been collecting these cars for years,” said Doug Ayers, president of Cuesta Crankers. “It’s a great hobby. Everything you need to redo a Model A and restore it, the club offers. We have all the tools you need, and we get together and work on them. It’s a lot of fun.”

As a reward for all the hard work put into maintenance, each month the members drive the Model A’s to a planned destination or event. The destination could be as local as taking a tour of Diablo Canyon or as distant as going hundreds of miles to the redwood forests of Northern California. In March, the Crankers will take the 80-year-old cars up to Mariposa County, a three-day adventure to attend the annual Mariposa Storytelling Festival.

“We will take all the back roads and try to keep a low profile,” Ayers said. “Our average speed is about 45 mph.”

Ayers hopes to see new members join, inviting anyone from families to young adults to participate in the unique experience of learning about how a classic American car works, and getting the opportunity to drive them as well. Fees for the club are only $30 per year. Find more information about the club at cuestacrankers.com.

Cuesta Crankers also hosts a monthly dinner at Margie’s Diner, open to all, on the first Monday of every month at 7 p.m.

“What we’re all about is the camaraderie of the club, the learning experience of working on the cars, and the joy of taking trips with the cars,” Ayers said.

You don’t have to own a Model A to join the club, but Ayers warned that once you start working with them, forking over the 10 grand to take one home for yourself becomes enticing.

“Ford Model A’s are readily available,” said Ayers, who owns a 1931 two-door ‘Victoria’ Model A. “But you don’t have to have one to belong to the club—all you have to do is appreciate them.”

The Model A’s signature style has made a lasting impression on both American and global culture.

“Those four years [they were produced] are special,” he said. “There are a lot of car clubs out there, but the Model A Club is probably one of the most renowned and has so many members.”