The decision to euthanize a bald eagle

We are not Mother Nature 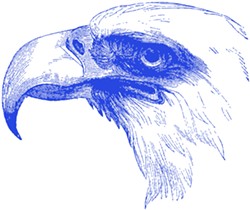 A Tribune article recently reported that an injured bald eagle was “rescued,” however the animal was euthanized. The reason for killing the bird was muscle damage that shelter officials believed would prohibit it from ever flying again. Yes, the injury was serious but we should question whether we should make such final determinations regarding wild animals, purportedly to stop suffering or based on the questionable opinion that the animal has lived a “full life.” Those opinions amount to rationalizations that permit a “rescue” organization to operate beyond what should be its ethical limits. Indeed, such decisions going unchecked may well result in a detrimental biological effect to not only the targeted animal, but also to the species and ecosystem.

Nature tells us that an animal’s instinct is to survive. Even an injured animal, which cannot communicate with words, will manifest its will to live by physically attempting to escape danger and protect itself: In short, actions that speak louder than words. Indeed, though many people may believe an injured animal will not survive, their conclusion is always an opinion, never a fact. Using this opinion, coupled with the assertion that an animal procreated and therefore has lived fully, to justify euthanization is improperly intrusive upon and contrary to the principles of nature. Despite our advanced intelligence, we are not Mother Nature and should not act as such.

Clearly, we do not seek out animals in the wild, determine their age, and then destroy them if we find they are injured in some way or past procreation age. So, why then should it be any different if we encounter an injured and/or aged animal? The animal’s survival instinct and behavior tell us that it wants to survive, even though injured. Thus, to come to the animal’s assistance by untangling it from electrical wires and offering it first aid care is humane, but to destroy the wild animal thereafter based on opinions, however correct, is to go against nature’s intent.

Had this eagle been released and permitted to survive and adapt without flight, say, by living in a burrow and developing new ways of hunting prey, it’s continued existence could have contributed to the survival of the species (think of possible polluted future skies or the introduction of a new, effective airborne predator). Thus, permitting this animal a chance to attempt survival after rescue is far more humane and biologically warranted than to take dominion over an animal’s freedom and end its life.

The law should mandate that any appropriate “rescue” of an injured, wild animal would include examining it, treating it with the best possible care, and regardless of its potential for survival, releasing it in the shortest possible time into an initially safe location in the wild. We must be cognizant of the fact that even a completely healthy animal can immediately fall prey to another upon release. Shelter officials should obviously do everything possible to avoid this result by carefully selecting where an animal is released, but thereafter, leave it as nature intends.

Keeping a wild animal in captivity for an extended period of time is also contrary to nature. I once brought a small swallow chick with an injured eye I found on the roadway to an animal shelter. In the short hours I had her, the bird’s condition seemed to improve to the point that her taking flight was likely only days away. The shelter detained the bird for many months citing the need for medical treatment and other release policies I did not completely understand. Sadly, after many months of waiting for the bird’s release, I would learn instead that the bird died in captivity, never having had a taste of freedom apart from time in the nest and those desperate moments on the highway. I would have much preferred to have given the bird whatever care I could and release her some days later after it learned to fly, regardless of any vulnerability to predators due to the injured eye.

Our laws and the current custom that permits destruction of wild animals based on what we perceive is humane despite an animal’s survival instinct must be changed to account for the mandates of nature.

Dennis Morris lives in Pismo Beach. Contact him via the editor at econnolly@newtimesslo.com.