State Sens. Bill Monning (D-Carmel, whose district San Luis Obispo County), and Lois Wolk (D-Solano) introduced Senate Bill 128, the End of Life Option Act, in January 2015. Popularly known as “death with dignity,” the bill sailed through the state Senate. However, the lack of support from a majority of the Assembly Health Committee members prevented its advancement to the Assembly floor for a vote, prompting Monning and Wolk to withdraw the measure from the Assembly Health Committee. It is unfortunate that the bill was not passed this year. Three states already have death with dignity laws: Oregon, Washington, and Vermont; two states, Montana and New Mexico, have court rulings protecting physicians who assist patients in dying. 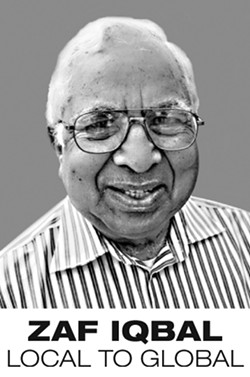 Many remember the case of Brittany Maynard. Born in 1984, she was a UC Berkeley psychology graduate, and later earned a master’s degree in education from UC Irvine. She married Dan Diaz in September 2012. On Jan. 1, 2014, just 16 months after her marriage, Maynard was diagnosed with grade 2 astrocytoma brain cancer, for which she received medical treatment. The cancer reappeared in April 2014 and her diagnosis was elevated to grade 4 astrocytoma, with a prognosis of six months or less to live. The family had to move from California to Oregon so that she could take advantage of Oregon’s Death With Dignity Act. Maynard ended her life on Nov. 1, 2014, with her husband holding her hand and the rest of the family surrounding her. In accordance with Oregon’s death with dignity law, the official cause of her death was recorded as a brain tumor on the death certificate.

In the last entry Maynard made on Facebook, she stated: “Goodbye to all my dear friends and family that I love. Today is the day I have chosen to pass away with dignity in the face of my terminal illness, this terrible brain cancer that has taken so much from me ... but would have taken so much more ... Goodbye world. Spread good energy. Pay it forward.” Maynard died at age 29.

SB 128 was inspired by Maynard’s case. The bill would require all oral and written requests for an aid-in-dying drug to be documented in the individual’s medical records. It would grant terminally ill adult patients the right to request a prescription from a physician for a lethal dose of medication, thus giving them the ability to die peacefully at the time they choose, rather than continuing to suffer severe mental anguish and unbearable physical pain. “It is a good, carefully written bill modeled on Oregon’s successful 20-year-old death with dignity law, and it deserves to pass,” argued the Los Angeles Times editorial board. Participation for physicians and health care providers is completely voluntary.

Dr. Rupinder Mann at Eisenhower Medical Center, with 15 years of palliative-care experience, told The Desert Sun that the two-physician requirement is key. It not only addresses mental health but the six-month terminal illness diagnosis. Either physician has the ability to raise a flag, “and when in doubt, the entire decision should be put on hold.” SB 128 would require that at such a point an evaluation must be made by a psychiatrist or a psychologist.

The patient would be required to make a written request and two oral requests a minimum of 15 days apart and two witnesses would need to attest the request. There would be a 15-day waiting period between the doctors’ agreement and the issuing of prescription. The patient can decide not to use the prescription or rescind the request for the lethal drug at any time. A recent study in Oregon concluded that a sizable percentage of those who obtained the prescription never ingested the drug. Like the Oregon law, SB 128 would require death certificates to list the underlying illness as the cause of death, with no mention that the terminally ill person had ended his or her own life before the disease did so. This echos Maynard’s statement, “There is a difference between a person who is dying and a person who is suicidal ... I do not want to die. I am dying.”

According to the Los Angeles Times, 70 percent of Californians believe that dying persons have right to death with dignity. Polls suggest that anywhere from two-thirds to three-fourths of Americans are in favor of some type of physician-assisted death.

There are two major reasons for most Assembly Health Committee members not supporting SB 128. According to the San Jose Mercury News, the first reason is

some members of the Assembly Health Committee opposed SB 128 because they are afraid doctors might coerce the poor to end their lives when they become seriously ill.

In fact, SB 128 includes safeguards against vulnerable patients, establishing felony penalties for coercing someone to request the lethal medication or forging a request.

The state of Oregon has the longest experience among all of the states with legal lethal prescriptions for patients with terminal illness. Based on the latest data, most seeking lethal prescriptions are old with the median age being 71, white, well-educated, suffering from cancer, and already under hospice care. According to the Desert Sun, most of those who take the lethal dosage have a college education. The overwhelming majority cite a loss of control, a diminished quality of life, and insufferable pain as the reasons. Only 3 percent give financial hardship as their reason. The data collected in Oregon show that the death with dignity option is sparingly used with fewer than 1 in 500 deaths; 60 or 70 out of a total of more than 30,000 deaths a year.

Numbers in the state of Washington are comparable to that of Oregon.

In reality, the majority of California Catholics and Latinos support death with dignity for terminal patients. It is unfortunate that the Catholic Church chooses not to recognize the difference between personal belief and public policy. Personal belief is of the individual, while public policy applies to all. Any church or religious organization deliberately influencing the public policy-making process to attain its objective of aligning the process’ outcome to its own dogma is violating rights of others. It is abusing our system of democracy. This is tantamount to imposing their own beliefs on those who happen to have different beliefs. The First Amendment to the U.S. Constitution explicitly insulates the U.S. Congress from religious matters. And by inference, it extends to the state legislatures.

The reasons for the patients with terminal illnesses seeking physician-assisted death go beyond insufferable pain and physical deterioration; they also include a loss of quality of life and a loss of control for having to depend on others for basic needs. Under these conditions, nobody has the right to tell the patients that they cannot make the death-with-dignity choice. If the patient chooses not to live the last few months bedridden, constantly suffering from severe pain, and being totally dependent on others (e.g. even going to toilet), it is callous and cruel to prevent them from making the choice legally. We treat our animals better than this.

In response to my question regarding future plans for SB 128, Sen. Monning stated in a recent email that SB 128 will certainly be pursued next year. “We will continue to engage members in the state Legislature and make sure they are aware of the strong majorities among all groups, including Catholics, who support SB 128. We also offer the reassurances that we do not seek to change any religious doctrine, and that no one would be required to participate in the End of Life Act if they choose not to,” he elaborated in the email. He voiced his optimism in the statement, “I believe that the question regarding establishment of an End to Life option for terminally ill patients in California is not whether, but when.” Monning expressed the opinion that if the California Legislature is unwilling to pass SB 128, the people of California will do so at the ballot box.

Hopefully, the legislation will pass next year. Otherwise, Compassion and Choices plans to put the issue on the 2016 ballot. Since polls have indicated widespread support, the people of California will be able to accomplish what the state Legislature failed to.

Zaf Iqbal contributes a commentary to New Times the first week of every month. He is past associate dean and professor emeritus of accounting at Cal Poly’s Orfalea College of Business. Zaf volunteers with several nonprofit organizations, including Wilshire Hospice, Good Neighbor Program, and Mentoring Program for At Risk Youth at the Pacific Beach High School. He is Partner for the Future at the Southern Poverty Law Center, and past president of the San Luis Obispo Democratic Club.