The Emerald City: Traveling to Seattle, a busy city surrounded by rich history

If you're thinking about taking a quick trip to Seattle
and want to learn more about its sights, check out
visitseattle.org.

Getting off the plane and walking into Sea-Tac—yes I'm a seasoned Seattle girl so I'm going to abbreviate the Seattle-Tacoma International Airport—I feel like I'm in another world. Granted it's 9 a.m. and not nearly as crowded or busy as LAX.

I'm traveling with a few close friends to Seattle and it's the first weekend of March. We had some time to explore a new city, so what better place than Seattle? 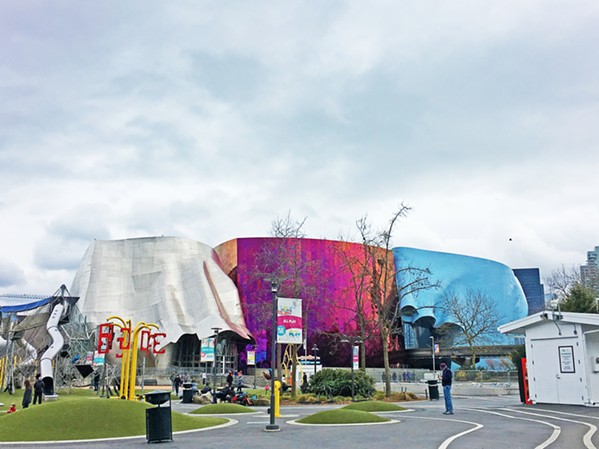 Throughout our stay, the weather is a nice 40 to 45 degrees, which is a welcome change from California. Although, I might stick out like a sore thumb because I'm wearing white knitted gloves and every native around is sporting bare hands.

Of course, our first stop is Pike Place Market, which is alive with people walking around checking out the food stands and the fish. There are so many smells, warm cinnamon from Cinnamon Works and coffee beans from Ghost Alley Espresso.

The path through the market leads us to the Central Waterfront with the Seattle Aquarium, Seattle Great Wheel, and the virtual ride Wings Over Washington.

We opt for the virtual ride because it seems very unique. If you have ever been to Disneyland's California Adventure Park, it's very similar to the ride Soarin' Over California. Sitting in a theater seat, a spirit eagle takes you on a flight across the state of Washington. The screen is dome-like and it incorporates laser projection so you feel immersed in beautiful images of Mount Rainier and Olympic National Park.

When it comes to nightlife, I asked a few friends for recommendations. I got an overwhelming amount of suggestions to go to Flatstick Pub. It's an underground mini golf course and pub! I mean, it's the best collaboration of games and has a huge selection of local beers. While you wait for your turn in the course, which is in the shape of letters that spell out "Seattle," there is tabletop duffleboard, Jenga, and board games. 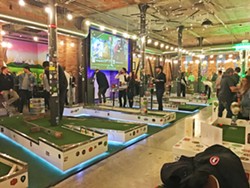 After a game and a couple of beers we take the Link light rail to Capitol Hill and Dick's Drive-in. In 1955, it was the second drive-in opened in the city. Fun fact: In 2013, Mackelmore filmed a portion of his music video "White Walls" on the roof of the drive-in. I heard good things about the Deluxe Burger, which is 1/8-pound grilled patty, melted cheese, lettuce, mayonnaise, and pickled relish. While I can't definitively say it's better than In-n-Out, it's up there—I know, such a California girl thing to say. Roll your eyes all you want, but there is something about Seattle that I really love. It's busy with people but I don't feel the chaos of Los Angeles or San Francisco.

After sleeping off a load of carbs, we stumble into a huge building draped in silver, purple, and light blue—The Museum of Pop Culture. The place really lives up to its name. It's home to exhibits that display the creativity of musicians, filmmakers, and game designers. The best exhibit has to be Nirvana: Taking Punk to the Masses. It's an intimate look at the Seattle natives and their groundbreaking contribution to the music scene. It's littered with rare photographs, instruments, and notes from the road. 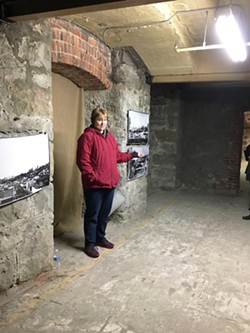 The last thing on our checklist is an underground tour with Beneath the Streets. We go on a one-hour historical trip, guided by the hilarious Patti Amundson. We walk through the underground passageways that made up the original city of Seattle—beneath Pioneer Square. Constructed in the 1890s, an accidental fire involving a glue pot sparked The Great Seattle Fire that destroyed 31 blocks. Instead of rebuilding the city over the rubble, the city was rebuilt one to two stories above the original level. So the "ground floor," if you want to call it that, was used for storage and later abandoned. It's mainly a tourist attraction now—and an entertaining one at that.

I just got a taste of all there is to see in the Pacific Northwest. I can't wait to come back and explore some more. Δ

Staff Writer Karen Garcia is here now, so entertain her at kgarcia@newtimesslo.com.