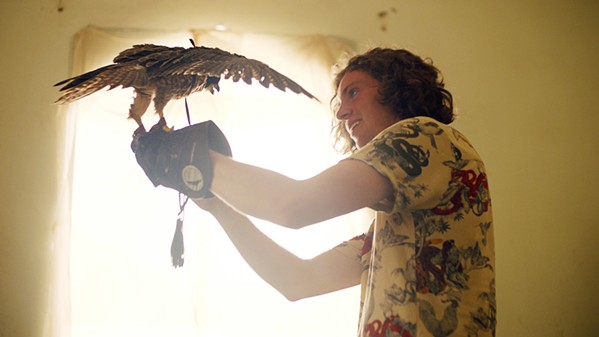 Writers-directors Seanne Winslow and Adam Sjoberg helm this drama about best friends and zoo workers Tariq (Rami Zahar) and Cai (Rupert Fennessy), who join forces to steal exotic animals from the zoo and sell them on the black market in a bid to buy Tariq's sister, Alia (Noor Al-Huda), a divorce from an abusive marriage.

Living in Oman, Tariq and his sister come from a poor family, and Alia's marriage was arranged. Cai, a rich foreigner who spent much of his childhood in Oman with his researcher parents, loves animals and hopes to attend a Canadian university with an animal conservation program. His Arabic is perfect, and yet he's still considered an outsider. Tariq just hopes to return to high school and graduate.

It's really the story of the cultural differences between two friends from wildly different backgrounds. Based on true events, the film is a soulful if somewhat restrained tale full of empathy and humanity. It's an example of the sort of amazing films the SLO International Film Festival offers. (in Arabic and English; 100 min.) Δ