The free, open-to-the-public Elks Lodge Haunted House and Halloween Carnival is Oct. 30 and 31

It’s 10 a.m. on Saturday, Oct. 24, and the SLO Elks Lodge is abuzz with activity. The kitchen just wrapped up making breakfast for the 600 or so participants of the Making Strides Against Breast Cancer walk in the SLO Mission, and a team of volunteers is constructing the annual Haunted House and Halloween Carnival in the lodge’s main banquet room. It’ll be free and open to the public from 5:30 to 9 p.m. on Friday and Saturday, Oct. 30 and 31. In addition to the volunteer lodge members, about 50 cadets from the Grizzly Academy are also lending a hand, and the panels for the maze-like haunted house are going up fast.

Let’s face it. There’s nothing like having the snot scared out of you. It’s why people like rollercoasters, horror movies, and haunted houses. We love the exhilaration of fear while knowing we’re inherently safe.

When it comes to haunted houses, the Elks Lodge puts on a humdinger. Creatures pop out of hidden recesses; rooms feature mad scientists feeding you brains or an insane criminal being fried by an electric chair. You want spiders? They got spiders! You want a chainsaw-wielding maniac with a severed limb collection? They got that too.

In charge of the construction is Ted, who’s been a member of the Elks Lodge for a dozen years and got involved in the annual haunted house and carnival after he learned about Kimberley Lorato Macias, an 8-year-old who was struck and killed by a car on South Street while trick-or-treating. 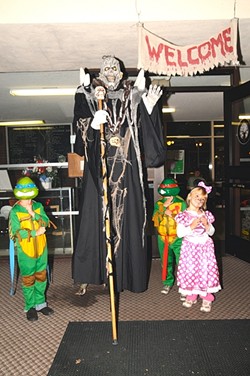 “I wanted to help make somewhere for kids to go that’s fun and safe on Halloween,” Ted says. “This is another way the Elks give back to the community.”

Ted doesn’t give his last name because his volunteerism isn’t about getting recognition. In fact, all these behind-the-scenes volunteers are doing it for the kids, and they expect between 1,500 and 1,800 of them to come to the weekend event—little ghosts and goblins, superheroes, princesses, pirates, and hobos.

Ted says there’s no age requirement for the haunted house, but it is pretty gory and scary, so it may be too much for kids younger than 12.

“Parents will know best if their kids can handle it,” Ted says. “One year two kids were going through, and the older one—maybe 6 or 7—was scared to death while his little brother, who was maybe 4, would say, ‘Don’t you scare my brother!’ to anyone who jumped out.”

“It does depend on the kid,” adds Mario, another volunteer. “If the kids have been exposed and desensitized to gore and they realize the people in the haunted house are just actors, they’re fine.” 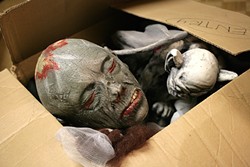 “The Halloween carnival’s good for kids of any age,” Ted says. “There’s the bounce house, play land with tunnels to crawl through, lots of games and prizes, a photo booth and some of those things you can pop your head through and take photos. The D.A.R.E. car will be here too, and the whole event is a drug awareness event. If your child is under 13, we suggest adult supervision.”

Outside the building, Grizzly cadets are taking a break from work, and they’re all exceedingly polite, all “yes sir” and “no sir.” I ask one, a young man named Christopher Johnson, if he volunteered to come or if he was forced.

“We didn’t have to come but if we came, we had to volunteer, and now that I’m volunteering, it feels really good to help out,” Johnson said. “After I graduate, I’m definitely going to volunteer some more, sir.”

Sounds like a future Elk in the making. Gather up your friends and family and head on down to the Benevolent and Protective Order of the Elks, Lodge No. 322, when it hosts its annual Haunted House and Halloween Carnival. Get your scare on! 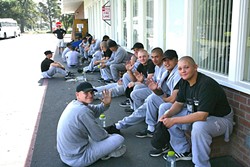 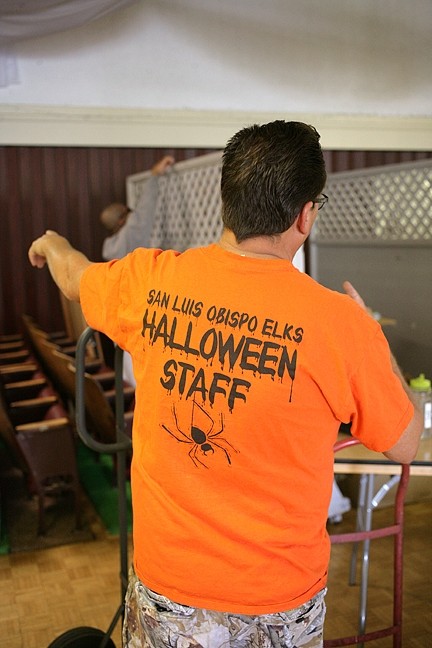