Robert Cray and Keb' Mo' share a few similarities: They were both born in the early 1950s; they're both gifted musicians and songwriters; and they've both won five Grammy Awards. Best of all, they both have shows at the historic Fremont Theater this week. Let's go in chronological order. "I thought if we could get this thing that Sam Cooke used to have, the kind of sound that early Sam Cooke records had, that we could pull this off," producer Steve Jordan said in press materials.

In addition to some Cray originals, the album features covers such as Curtis Mayfield's "You'll Want Me Back" and Deadric Malone's "You're the One" made famous by Bobby "Blue" Bland and several others.

If my calculations are correct, this is the 20th studio album for the Blues Hall of Famer. His more than two-decade partnership with producer Jordan has certainly paid off in some great music.

"Robert is just a great person besides being extraordinary talent," Jordan said. "People gravitate to his guitar playing first, but I think he's one of the best singers I've heard in my life. Not only because of his singing ability, but his interpretations. He's such an honest soul in my opinion."

Trivia! Cray had an uncredited role as the bassist in the Otis Day and the Knights band from the 1978 comedy classic National Lampoon's Animal House. 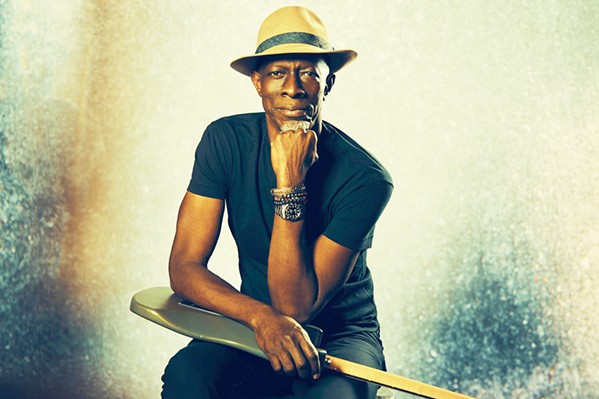 Keb' Mo' and opener Jackie Venson play the Fremont Theater on Tuesday, April 19 (9 p.m.; all ages; $35 to $60 at eventbrite.com). Born Kevin Roosevelt Moore, his early musical career was as a steel drum player in a calypso band before moving to guitar.

By the time he was 21, Keb' Mo' was playing with Jefferson Airplane violinist Papa John Creach on four of Creach's albums. Later he was hired as a staff writer at A&M Records. His first record, Rainmaker under the name Kevin Moore, was released in 1980, but it wasn't until 14 years later and his second record, 1996's self-titled debut Keb' Mo', that the artist found his footing.

He just released Good to Be in January—his 14th album that was written between his Nashville home and his childhood home in Compton, which he recently purchased and renovated. On the record, he reflects on the idea of "home."

Keb' Mo' is also an actor, most recently playing Ransom Weathers in the 2021 film Traces.

Jared Mattson and High Pulp play SLO Brew Rock on Wednesday, April 20 (7 p.m.; all ages; free) in what's being billed as "an epic 4/20 jazz fusion celebration!" Jared Mattson of Mattson 2 will be co-headlining with Seattle-based group High Pulp for an "exploratory evening of acid jazz," according to the venue.

The pandemic put the kibosh on touring as the brothers-duo Mattson 2, so Jared started "developing his own solo compositions in his casita in the hills of San Diego with drum machines, synths, a P-Bass, and his Stratocaster inspired by the newfound domestic solitude and necessity to keep busy at his work in order to stay alive," his bio explains. "What resulted is a tape saturated, bizarre blend of psychedelic guitar, reggae induced city pop."

"I remember the first time I heard Rising Son [by Kuroda] back in 2014 when he joined Blue Note [Records] and it was this immediate magnetic reaction," High Pulp drummer Bobby Granfelt said. "I thought it was such a fresh modern take on jazz that stuck one foot firmly into hip-hop while simultaneously honoring bebop-era roots."

This show should be crazy cool.

Clear your schedule and plan to stay the day at The Siren this Saturday, April 16, when the Morro Bay venue brings you a doubleheader of fun. Lady Goodman starts things off (2:30 to 5:30 p.m.; 21-and-older; free). 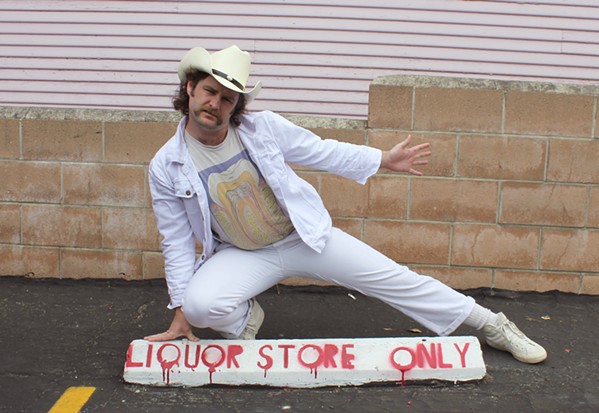 The four-piece outlaw country/performance art project from Morro Bay is led by Jake Schoonmaker, who's been involved in music on the Central Coast for the past 12 years in projects such as Depressed Specter, William H. Klink, Slurp Genius, and others.

His new project is based around the character of Lady Goodman, "a hypocritical, slightly pathetic, aging country music wannabe," Schoonmaker explains. "The mustache which graces his face may be the most impressive attribute he holds, and his beer belly is almost as big as his ego. His band is despondent towards him, and while his fans adore his music, they would probably be let down if they talked to him after a show."

There's an upcoming six-song EP called I Might Be Named Lady But I Ain't No Good Man. It's art, man!

"It's a performance piece based on the aging outlaw musician's life in modern America," Schoonmaker said.

Later that same day, relive the late-'70s and early-'80s with Candy O—The Ultimate Tribute to The Cars and Ric Ocasek (8 p.m.; 21-and-older; $16 to $18 at eventbrite.com). The Cars were super popular, and they were my first big stadium show I'd ever been to. I got hit in the back of the head with a Frisbee and have avoided stadium shows ever since, but you're safe at The Siren and you'll hear classics such as "Just What I Needed," "Best Friend's Girl," "You're All I've Got Tonight," and more.

Frog and Peach hosts Greasy Dashiki on Thursday, April 14 (10 p.m.; 21-and-older). They call themselves "hippie-hipsters" who "cleverly piece together elements of soul, reggae, blues, and pop using unorthodox combinations of acoustic and electric textures to produce a singular sound." 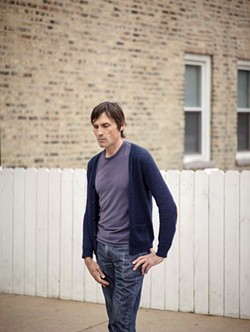 Bill MacKay will be performing at Mee Heng Low Noodle House this Friday, April 15 (9 p.m.; $10). MacKay "is a Chicago-based composer, improvisor, guitarist, and writer, whose extensive body of original work touches on elements of energizing folk, avant-garde, and experimental diaspora," according to his bio. Nabeel El-Sayed and Abe Gibson will also perform for a total of three solo guitar sets. 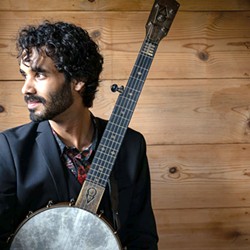 Seven Sisters Folklore Society presents Jake Blount and band in concert at the historic Octagon Barn Center next Thursday, April 21 (7 p.m.; all ages; $25 presale at eventbrite.com or $30 at the door). Blount, an award-winning banjoist, fiddler, singer, and ethnomusicologist based in Providence, Rhode Island, "specializes in the music of Black communities in the southeastern United States, and in the regional style of the Finger Lakes," his bio explains. "A versatile performer, Blount interpolates blues, bluegrass, and spirituals into the old-time string band tradition he belongs to. He foregrounds the experiences of queer people and people of color in his work." Δ