Cameron Carpenter is not like other humans. Even from an ocean away—the organist and composer is based in Berlin, and our interview took place via Skype—Carpenter’s presence feels somehow heavier, more charged than others. He listens intently to questions asked of him, picking up their nuances and inferences like an antenna. He hand-selects his answers with care, holding each word up to the light to be sure of its merit, crafting sentences like anthems to be deployed with precision and force. 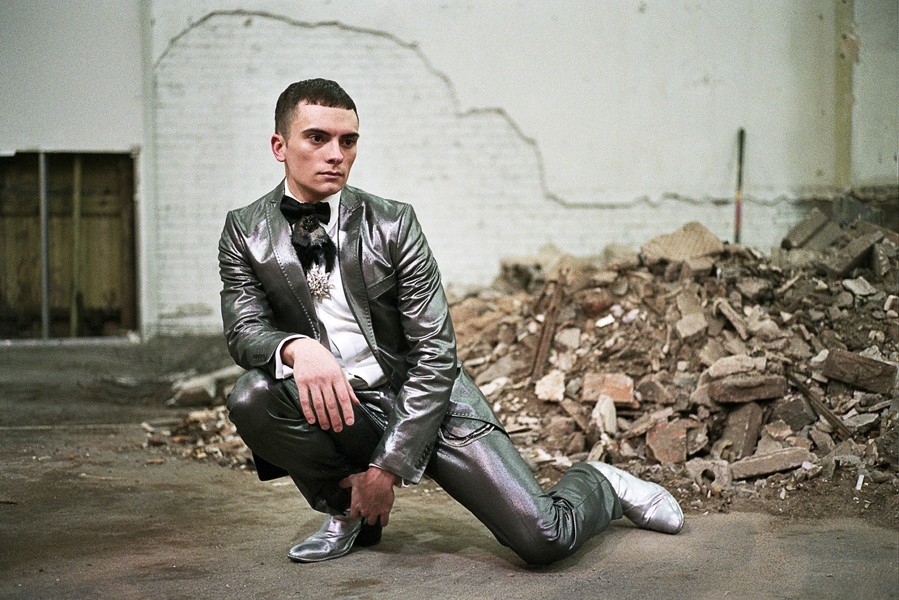 Having heard the catchphrase “the bad boy of the organ” tossed in his direction—conjuring a mental image reinforced by press photos of the musician looking moody in leather, with a dash of feathers and crystals, before a backdrop of tragically beautiful urban decay—one might expect a too-cool hipster. He’s not. The artist I met via video was serious, thoughtful, and profoundly unhip—and deeply invested in every facet of the sound he creates.

As a kid, Carpenter learned to play both the piano and the organ at the same time, performing Bach’s Well-Tempered Clavier at the age of 11. In his high school years at the North Carolina School of the Arts, Carpenter forwent any chance at popularity for other pursuits like learning to play the complete works of Bach and Schumann on the organ.

“When I was 15 and most of my friends were smoking some pot and going to dances and having social lives—which I most decidedly did not—I was sitting in the library 12 to 14 hours a day, transcribing Mahler’s 5th Symphony,” Carpenter recalled.

An adolescence largely spent in the company of dead composers, while by no means a carefree or even enjoyable one, proved essential to Carpenter’s career as a composer.

“I learned things from transcribing Mahler that I could not have learned any other way,” he said. “But this isn’t surprising when you consider that for many centuries, a sort of de facto part of studying to be a composer was copying out the music of other composers.”

To date, Carpenter has transcribed more than 250 works for the organ—at least 100 of which are major symphonic works, among them Schumann, Wagner, and Debussy. His original works are regularly played by major orchestras—with his accompaniment on the organ. The Julliard alumnus was also the first organist to be nominated for a Grammy for his solo album Revolutionary, released in 2008. His first major composition for organ and orchestra, Der Skandal, was commissioned by the Cologne Philharmonie.

Der Skandal represented “my first major statement about how I feel about the combination of the organ and orchestra, and how excited I am about its previous underutilization and what an open frontier that has left me,” Carpenter said.

The pipe organ’s dusty, unused condition in the churches and concert halls of the 21st century is a source of inspiration—almost glee—to Carpenter, as if he can’t believe no one else has thought to tackle the instrument in the radical way he does.

Then he said this very bizarre thing: “It’s funny, because the thing that I always vehemently espouse is that the organ doesn’t exist.”

Whether the statement came from a truly philosophical place or was merely a bit of outlandish verbiage was unclear, until he amended, “It doesn’t exist in the sense that it’s only a medium. It’s no more than the paint in the tube, and the painting that is painted is the issue at hand … we can’t criticize the organ for being boring. Only an organist is boring. There are no boring organs.”

Certainly, most people can think of no other organist who performs Chopin’s Revolutionary Etude entirely with his sequined feet, followed—with equal intensity—by the theme from Raiders of the Lost Ark.

Actually, most people can think of no other living organist at all, and that’s what makes Carpenter so special. He’s alive, and suddenly, so is his instrument.

For decades, he lamented, the pipe organ has been the realm of specialists, and the pipe organ recital not much more than a cozy get-together for other organists. But if these pleasant, exclusive exercises in pipe organ preservation mean forgoing any cultural, artistic, or commercial impact for his instrument, Carpenter could do without them.

“It’s not my job to save the organ,” he emphasized. “Although I have a feeling that that’s exactly what will happen, because it will be saved from itself.”

The musician was referring not just to his own power to save the instrument from antiquity—he frequently fills concert halls in Europe and the United States, which is practically unheard of for a solo organist—but also to his controversial plans to digitize the organ.

While other traveling musicians spend years developing a relationship with their instrument, Carpenter is forced to become intimate with a new pipe organ for every performance. He calls it a one-night stand.

“All of the instantly relatable anecdotes, of course, apply,” he said. “We, of course, experience a certain mad rush of unprepared coitus, a pleasurable chafing of some kind, followed by a kind of wrestling to the ground of the difficulties, followed, of course, by a kind of embarrassment and shame, and a wish to get the hell away from each other.”

His plans to make the organ portable have drawn some criticism from purists, points for which a weary Carpenter has little patience. He stressed repeatedly that performing is a great honor, but added, “I want to do justice to that honor by doing it as well as I can”—something he can’t do without revolutionizing his instrument.

“If you were to go to [violinists] Ray Chen or Gidon Kremer or Nigel Kennedy, and say, ‘Here, you’re about to play for 3,000 people—oh, here’s a new violin! Go on and play it.’”

He extended a pink highlighter toward the screen in mock earnest.

“‘And give us your best. Give us all that is within you. And teach us about the music and make it live for us!’”

He dropped the highlighter and the mock earnestness.

“They would cancel the concert.”

If this organist has his way, however, these rosy days of performing on such regal, antiquated, temperamental creatures—which can go out of tune, I learned, with an atmospheric temperature change of two degrees—will be a figment of the past. But let us enjoy their lingering glow.