The heat is on

We can have safe, reliable electric power generated locally from renewable sources without the need for industrial scale plants 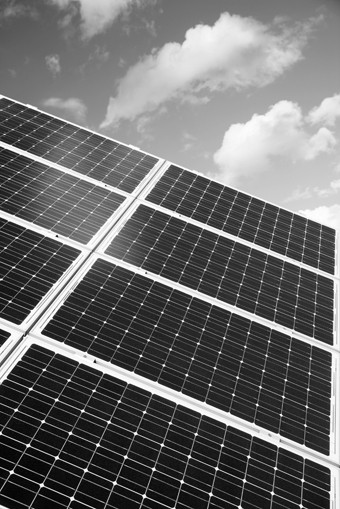 As New Times has noted (“Jerry Brown weighs in on local energy,” Feb. 11), it’s not every day that California’s Attorney General intervenes at the San Luis Obispo County Board of Supervisors to influence local land use policy.

Jerry Brown took the time to dash off a letter to the Supervisors for their February 9 meeting. Attention must be paid. The Attorney General wants the Board to overrule the County Planning Commission and agree with County staff that there is too much concern for the environment in the update of the county’s Conservation and Open Space Element (COSE).

This, he wrote, might hamper development of the solar power plants proposed for the Carrizo Plain—also known as “California’s Serengeti.” Brown echoed County Planning staff’s odd belief that a requirement to mitigate a project’s environmental impact equates to “unjustified and burdensome barriers” that will stop renewable energy projects.

Strikingly, the Attorney General also made exactly the same mistake as County Planning staff in their own COSE recommendations to the Board, objecting that a definition of Prime Farmland as not dependent on potential irrigation is a “new” definition. It’s not, and is entirely consistent with the definition in the California Government Code. An odd coincidence of errors, and a strange mistake for the state’s top lawman to make, potentially opening up ag land for cheap commercial and residential development or oil and gas extraction, not just solar power plants.

It’s possible that the Attorney General, feeling bored on a rainy day last month, had read all the magazines in the house and was leafing through San Luis Obispo County’s draft Conservation and Open Space Element and it popped into his head to jot down some thoughts to help out SLO Supervisors on some fine points of county land use policy.

Possible, but not plausible: When a stone of that size is heaved into our little pond from Sacramento, a heavy-handed political maneuver has been executed.

Heavy-handed political maneuvers have proliferated since SunPower and First Solar came to town, at the invitation of PG&E. Last year, the solar companies contributed Viewpoints to the Tribune extolling the benefits their projects would bestow upon the endangered species of the Carrizo, but sent letters to the Planning Commission demanding that “overriding considerations” be written into COSE policies to guarantee permits regardless of environmental harms their projects might inflict. The political consultant who worked on the campaigns of three County Supervisors was hired to lobby the Supervisors, putting the Board majority, through no fault of their own, in an extremely awkward position.

Now County Planning staff wants the words “local energy” stricken from the COSE or defined in such a way as to be meaningless. Local energy, or distributed generation, is the kind that utilities like PG&E don’t necessarily control. It would not include solar power plants in the Carrizo Plain sending energy to the San Joaquin Valley and Vegas casinos.

Local energy is in the COSE for good reason: It has substantially less environmental impact (solar panels installed on and over existing structures) and no wasted energy via the “line loss” that occurs in transmission lines over long distances. The belief that small-scale solar can’t make the big gains needed in renewable energy has been discredited. The plunging price of solar technology has drastically altered the landscape of renewables and positioned urban solar to be a major player in the renewable energy economy. (See the “10 Million Solar Roofs and 10 Million Gallons of Solar Water Heating Act of 2010,” now before Congress, which would produce about 30 nuclear power plants worth of megawatts).

The Attorney General and County Planning Department—or whomever may be guiding staff in both offices in an act of client service ventriloquism—are urging the County to “adopt language that would place County resources at risk of loss before the appropriate and mandatory impact reviews have been conducted,” in the assessment of Oakland attorney Sam Johnston.

The Sierra Club recognizes the urgency of transitioning to a renewable energy future. We back big solar and wind power projects, properly evaluated and sited. But long-range county-wide policies should not be crafted to afford advantage to certain project applicants and to disadvantage alternative paths to that renewable future.

The Board of Supervisors will consider the dire suggested changes in the Energy chapter of the COSE at its March 23 meeting. Everyone should call their Supervisor, and also show up at that meeting. Good information to convey is at www.santalucia.sierraclub.org. Click on “We Can Have Local Power in SLO County” and “A New Reality for Solar Power.”

Anyone who wants local power will have to fight to keep it in the COSE, and keep the policies that encourage the development of alternative energy projects in places where their environmental impacts can be mitigated, not in places where they can’t.

Andrew Christie is director of the Santa Lucia Chapter of the Sierra Club. Send comments via the editor at econnolly@newtimesslo.com.