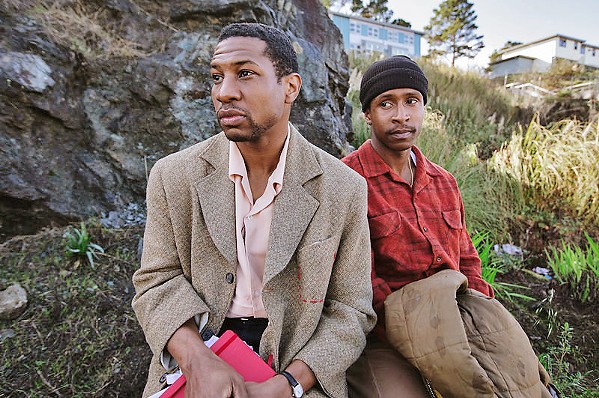 Where's it showing? SLO's A Satellite of Love during a SLO Motion Film event

Co-writer Joe Talbot directs this story, co-written by Ron Richert and the film's protagonist Jimmie Fails (who plays himself), a young black man in San Francisco who reclaims his childhood home, a Fillmore District Victorian house supposedly built by his grandfather.

This charming 2019 independent film is a reminder of what's possible outside the big-money studio system, and it establishes first-time feature-length director Talbot as someone to watch. Poetic, soulful, and elegiac—it's a lament for what's been lost to gentrification, a poignant examination of race and class, and a swan song to a deeply felt male friendship.

There's some breathtaking cinematography by Adam Newport-Berra and arty direction by Talbot, but what really sells this film are stars Fails and Jonathan Majors, whose performances are so perfect, so affecting, and so nuanced. Sometimes a mere look is enough to break your heart, and your heart will surely break with the conclusion of this achingly tender story of two men in love with a city that doesn't seem to love them back. (121 min.) Δ