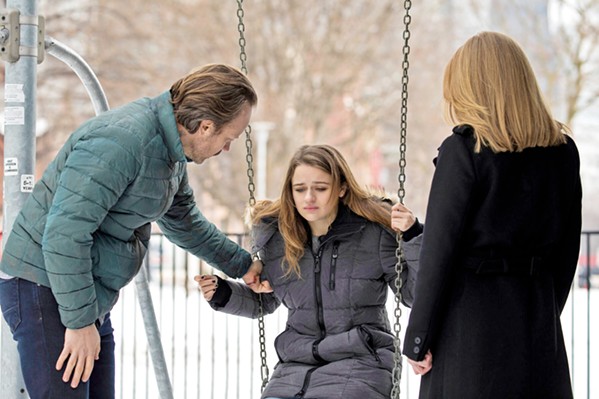 Writer-director Veena Sud (The Salton Sea) helms this crime drama about a family torn apart by a tragedy. After Kayla (Joey King) kills her best friend, Britney (Devery Jacobs), her father, Jay (Peter Sarsgaard), and mother, Rebecca (Mireille Enos), now face the impossible situation of protecting their daughter or turning her in.

Based on the 2015 German film We Monsters, The Lie premiered at the Toronto International Film Festival in 2018 but only found distribution in 2020 when Amazon Studios picked it up. Something of a psychological thriller, the story follows Jay and Rebecca as they struggle to protect Kayla, as Britney's father, Sam (Cas Anvar), becomes increasingly suspicious that Kayla had something to do with his daughter's disappearance.

A third-act twist sets up a dramatic conclusion, and while the film has its merits, it all feels rather forced. I can see why it took so long to reach an audience. Still, if you're a fan of crime dramas and B movies, it's fun to watch Jay and Rebecca devolve into desperate people willing to trade their morality for their daughter's freedom. (97 min.) Δ