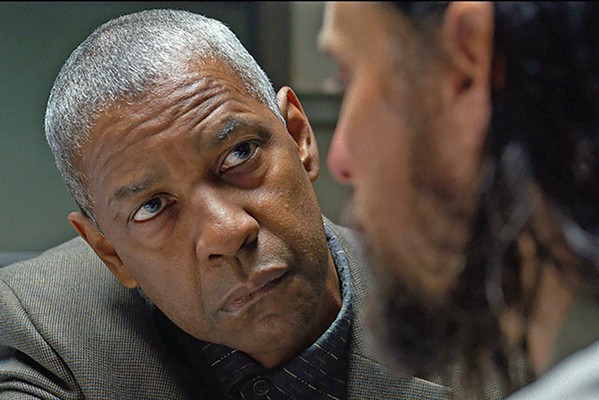 Writer-director John Lee Hancock (The Blind Side) helms this crime drama about two cops in search of a serial killer in 1990. Denzel Washington stars as Joe "Deke" Deacon, formerly a Los Angeles Sheriff's Department detective who fell from grace and landed as a deputy sheriff in Kern County. Sent by his boss to his old LA department to pick up evidence, he's drawn into an investigation with the department's new hotshot detective Jim Baxter (Rami Malek), whose current case may be related to an earlier case Deke never solved.

Their investigation leads them to Albert Sparma (Jared Leto), a creep with a penchant for toying with the cops, and the two set about trying to tie Sparma to the murders.

This sounds like a slam dunk, right? Hancock is the writer behind A Perfect World (1993) and Midnight in the Garden of Good and Evil (1997). Washington is always dependable. Unfortunately, The Little Things never fulfills its promise. Washington is watchable but not given enough to work with, and Malek doesn't have the heft to pull off the role of a tough lawman. Leto is just sleazy for sleazy's sake. (127 min.) Δ