The mad cowboy comes to town

A former rancher takes on America's diet, starting with beef

Although Lyman had been speaking publicly about B.S.E. since 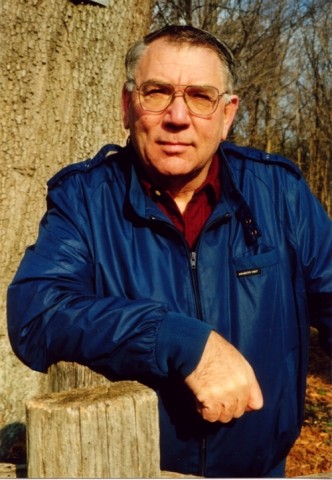 # 1990, American interest in the disease was just beginning to rise following an announcement in March 1996 by British Health Secretary Steven Dorell that 10 cases of C.J.D. (Creutzfeldt-Jacob Disease) a rare, but fatal degenerative disease now recognized as the human form of B.S.E. were most likely caused by infected beef.

Prevailing sentiment in the United Kingdom was that the government had failed to protect the population from ongoing unsafe practices the same practices prevalent in the United States and Americans wondered if a similar (or worse) outbreak could happen here.

On Oprah's show, Lyman addressed practices in the beef industry, such as feeding cow and sheep remains to other cows and sheep, with colorful phrases like "rounded up and ground up." The notion of cannibalism as a common practice in American feedlots and that this practice could be responsible for the spread of a potentially fatal disease was a revelation for Oprah and her army of 7 million daily viewers. Lyman predicted that a similar epidemic could occur in America's cattle population, and, subsequently, result in countless human deaths.

Oprah's response "That just stops me cold from eating another hamburger!" generated huge response in the beef world. Sales plummeted in the so-called "Oprah crash," and Lyman found himself as a four-time co-defendant against the Texas beef industry.

Lyman's statements, such as "feeding cows to other cows," together with similar statements from other media, can give the impression that cows are literally feeding on scraps from salvaged, diseased carcasses which isn't entirely true.

Cattle bigwigs will tell you that in the United States, prior to 1997, cows were routinely fed a high-protein supplement made from parts of presumably healthy cows not considered acceptable for human consumption. Cattle eat parts such as brains, spinal cords, bone meal, and blood meal. While this product is still manufactured and used in the United States, there's been a ban for the last nine years that prohibits ruminants cows, sheep, goats, and deer from consuming it. The supplement is, however, still fed to pigs and poultry perhaps a dangerous practice when dealing with an illness that's been known to jump species.

Holly Foster, a spokeswoman for the California Beef Council, explained that an outbreak of B.S.E. in the United States is extremely unlikely, because of a series of firewalls in place that include removing the brain and spinal cord the only potentially contaminated parts of the cow from the food chain completely.

"We have, as an industry, taken voluntary steps to protect against B.S.E.," she said. "Our industry has done a lot to ensure the safety of the herds and increase the quality of our products. We want to move forward."

Lyman has since written two books on the topic of beef and the American diet. His first, Mad Cowboy, released in 1997, gave a personal account of his transformation from an overweight, fourth-generation cattle rancher and farmer, to a vegan and advocate for organic, sustainable agriculture. The lawsuits and Mad Cow hysteria pigeonholed him as an opponent of the beef industry's practices. His book and speeches, however, cover everything from obesity, to hormone consumption by dairy cows, to the Chemical Industrial Complex whereby farmers are continually forced to use stronger chemicals to combat resistant bugs and weeds and the role that these issues may play in America's high cancer rate.

Lyman speaks about his own cancer, which landed him in a wheelchair after a tumor was removed from his spine, and about his brother's death from Hodgkin's disease both of which he attributes to exposure from ag-chemicals such as 2, 4-D and 2, 4, 5-T, also known as agent orange. Agent orange was marketed to farmers by Dow Chemical and Monsanto as a super-herbicide until its U.S. ban in 1979, but is still manufactured in the United States for use in other countries.

No More Bull is Lyman's second title and serves not only as a further examination of our diet, but also as a guide to vegan living. The book offers comparisons between the typical American diet and China's, which boasts cancer rates shockingly lower than those in the United States. His latest book is a little more gentle than Mad Cowboy in its indictments of the beef industry, but it carries the same clear message: Something is wrong with American agriculture.

Not surprisingly, Lyman's message hasn't been well received by locals in the beef business. Cal Poly recently held its 50th Annual Field Day and Bull Sale at the new Beef Center, and currently educates California's Beef Ambassador, Amanda Rankin. Nearby Santa Maria even boasts its own cut and barbecue style.

Since visiting Utah State University an engagement that prompted a three-hour question-and-answer period and that was so intense, he needed armed bodyguards Lyman sees his visit to Cal Poly as a superb opportunity to educate rather than point fingers.

"The people involved in agriculture are some of the finest people in the world. They are the hardest working," Lyman said. "I respect them. What I want to do is give them more information, so they can live longer and healthier, and they can realize what the future is for their business."

Beef Ambassador Rankin, who represents the state and is a fifth-generation rancher herself, plans to see Lyman when he comes to Cal Poly, even if she doesn't agree with him.

"Having my background, I can't imagine changing to a vegan," she said, "but I plan to go and represent, and ask questions based on the information that I have, not emotion. There's nothing wrong with listening. It just broadens your point of view."

Not everyone in agriculture sees it like that, however.

The Beef Council's Foster calls many of Lyman's claims "unfounded" and "not based in fact" and maintains that her industry does everything it can to produce a safe and high-quality product.

"We need to work with nature and be stewards of the land," Lyman said a sentiment echoed by Rankin.

"We take pride in what we do," she said. "Consumers need to understand that, in our industry, we raise our animals humanely, and we look after the environment."

Meet Howard Lyman on Oct. 14 at Barnes & Noble in SLO for a book signing at 2 p.m. He speaks at Cal Poly's Christopher Cohan Center on Oct. 15 at 3 p.m. For more information, contact New Choices integrative health at 756-2787 or visit www.shuttingdowncancer.org.