The Melodrama's 'Unnecessary Farce' is a necessary show to see

Unnecessary Farce is onstage at the Great American Melodrama through April 28. Tickets range from $23 to $30. Visit americanmelodrama.com for more information.

Two wannabe cops and then two hitmen walk into a motel room. Oh, and there are actually two conjoined motel rooms, eight doors, an embezzler, and a set of bagpipes. 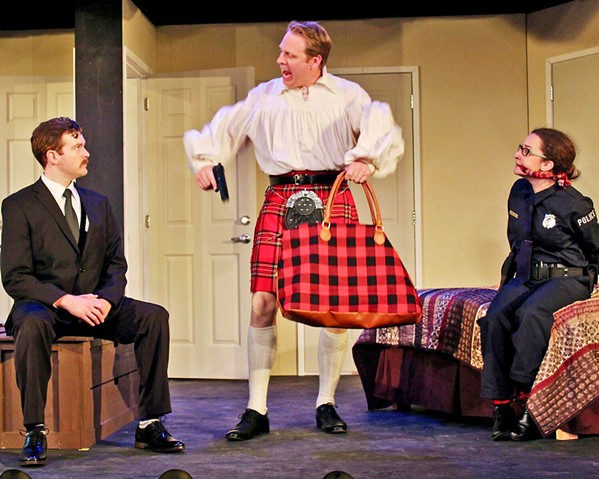 But there's some confusion as to who's in which room, who's taken the money, and who's hired the Scottish hitman with anger issues, Todd (Ben Abbott, The Holiday Extravaganza). Meanwhile, Mrs. Meekly (Annali Fuchs-Wackowski, Scary Poppins) searches in vain for her husband and Agent Frank (Mike Fiore, A Funny Thing Happened on the Way to the Forum), a security guard to the mayor who tries to be brave.

It's a lot of people and storylines to follow, but Unnecessary Farce keeps things moving and rolls with the punches, using physical comedy from a cast of seven people constantly going in and out of four sets of doors, all the while trying to rescue and be rescued as they attempt to solve a financial crime and prevent a murder. 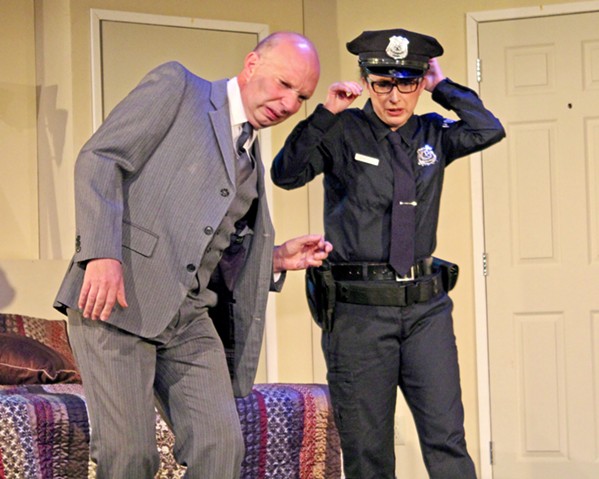 Moore and Wilder are loveably goofy and inept as the worst police officers on the force. Tucker as Miss Brown, the accountant, is a capable and cunning damsel in distress. Abbott as the Scottish Clan's bagpipe-playing hitman, Todd, is charming and hilarious in his delivery of a rage-filled Scottish rant that's just too thick to decipher. While Fiore as Agent Frank is akin to the cowardly lion, who may just be brave after all. And Breed and Fuchs-Wackowski as Mayor and Mrs. Meekly, respectively, are not who they seem.

After the show, of course, there's the vaudeville review, The Jungle Adventure, which takes audiences on a musical journey with a brave explorer, several sidekicks, a perky cruise ship attendant, and the Tarzan family.

For a charming whodunnit-style comedy, with a less-than-predictable plot twist, Unnecessary Farce goes above and beyond. Δ

Arts Writer Ryah Cooley is laughing in the back row. Contact her at rcooley@newtimesslo.com.